Back to Client Case Studies

How Philipp Winterberg Created a Book for Every Kid on Earth

A few years ago, writer Philipp Winterberg had a dream: To have his work translated into every language. The author wanted his book to be enjoyed by every kid on earth, so he contacted Day Translations to make it happen. This free resource is all about this project. 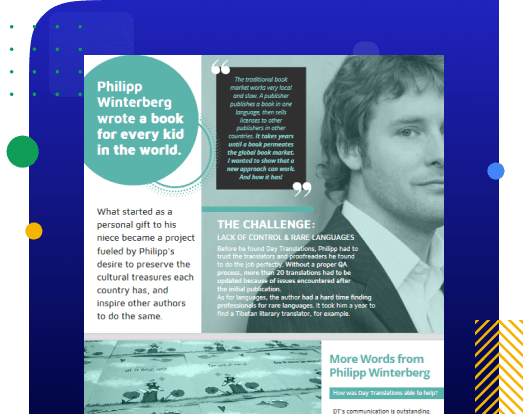 A Book for Every Kid in the World

A few years ago, German children’s author Philipp Winterberg had a dream, to get his widely praised book Am I Small? (originally, Bin ich Klein?) translated into every language. The book, illustrated by Nadja Wichmann, tells the heartwarming story of a little girl who fears that she’s too small for the world she lives in.

After being celebrated as a gem of German children’s literature, Mr. Winterberg wanted his work to be enjoyed by kids from all around the world. So, getting it translated was a must. Being a self-published author, Mr. Winterberg had the opportunity to manage the project at his own pace. No need to deal with the long decision-making processes of big publishers. But, without the right language services provider, such an ambitious goal was impossible.

Before finding Day Translations, the author had to deal with the difficulties of a decentralized translation process. Am I Small? was originally translated by numerous freelancers, working separately and with no quality assurance. After initial publication, the book had to undergo approximately 20 rounds of corrections. 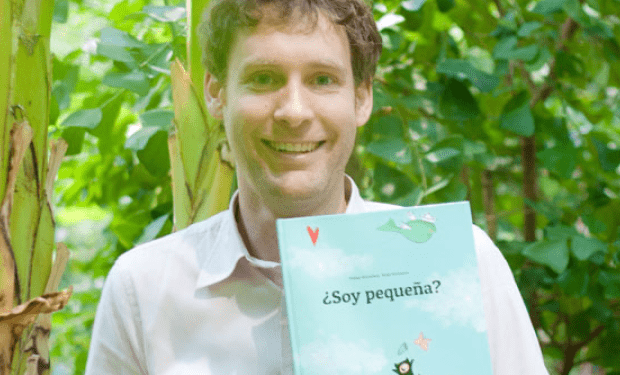 Without the help of an industry insider, rare language translators were impossible for Mr. Winterberg to find. It took the author over a year to find a Tibetan literary translator. This approach wasn’t scalable.

Day Translations made it possible for Am I Small? to be properly translated into 175 languages and dialects. With translations that did justice to the book’s original charm, Am I Small? became an Amazon bestseller in multiple categories, including:

Readers, reviewers, and bloggers from all around the world have read and loved the book. Am I Small? has also emerged as a prominent language learning tool for multilingual families.

In November of 2020, Am I Small? by Philipp Winterberg was celebrated in the German National Library, as the most translated book in German history. The author’s dream came true.

Translating a children’s book at such a scale required the coordinated effort of dozens of translators and project managers. In fact, it was one of the greatest and most rewarding professional challenges we’ve ever had. In this case study, we share some of the highlights.

Get your free copy now!

In this case study, you’ll find:

All Our Client Case Studies 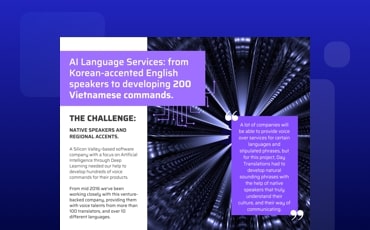 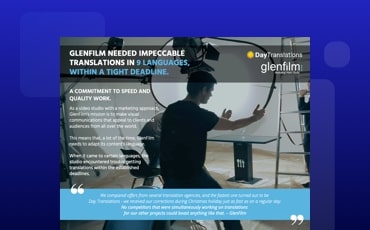 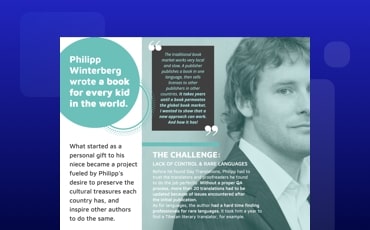