Globally, English is one of the most spoken and popular languages. Many English speakers believe that other cultures will understand the English words they use, without realizing that some of the words in English have different connotations or meanings in different languages. Many of these English words are the same in spelling, for example in German, Dutch, Polish, Spanish, Sweden and many other languages, but they have different meanings.

Other words sound like English words with a slight difference in pronunciation, such as taxi, which in Korean is taek-si (pronounced taek-shi).

The words may be similar due to them coming from the same language family or due to loan words. In some cases they are ”false friends” meaning the words stand for something else from what you know.

Be careful with your words

Words can hurt other people if you are not careful. English speakers who love to travel should take time to learn the culture and read about the quirks and characteristics of the main language spoken in their destination. They should know that some words in a foreign language might sound like English but stand for something different in another language.

If you are in Wales, do not feel slighted when you hear a Welsh-speaking native say ”moron” while you’re in the market. The person might be trying to sell you some ”carrots.”

In English, you can say you ”won” something and feel proud or happy. In South Korea, it is their national currency. When a house is said to be ”won” in Polish, it means that it is ”nice smelling.” Russia has a different interpretation, however. In Russian, using the word ”won” means describing something that ”stinks.”

The Spanish term ”oficina” translates into ”office” in English. But for the Portuguese, an ”oficina” is only a ”workshop,” such as a mechanic’s shop.

The term ”schlimm” sounds like ”slim” in English. In the Netherlands, this stands for being smart or successful. But in Germany, which is 467.3 kilometers away from the Netherlands by car via A44, (roughly a five-hour drive), schlimm means ”unsuccessful and dim-witted!

English speakers understand that ”slut” is a derogatory word. But for the Swedish, this means ”finished” or the ”end,” something that you’d say when you want your relationship with your Swedish boyfriend or girlfriend is over. So when you’re in Sweden, you’ll see signs such as ”slutspurt” that means a final sale or ”slutstation” when you’ve reached a train line’s end.

If you’re an urbanite, it is difficult to enjoy fresh air unless you go to the countryside. “Air” in Malay (sounds like a-yah), which is an official language in Malaysia, Singapore, Indonesia and Brunei, it means ”water.” When you mean the ”air” you breathe, you use the word ”udara.”

In English and in German, the word ”dick” is derogatory. It means ”fat” or ”thick” in German.

You might think that the Spanish appetizer ”tapas” is universally understood when you’re in South America because you are so used to seeing tapas bars in the U.S., UK, Canada, Mexico and Ireland (or their own version of it). However, in Brazil, where Portuguese is an official language, ”tapas” means ”slap” rather than a delicious snack. If you want to have tapas-like snacks to go with your beer, the right term to use is ”petiscos” or ”tira-gostos.” Now you know the right term to use when you’re in Brazil. If you go to Mexico, you can order ”botanas” and ask for some ”picada” in Argentina or ”cicchetti” if you happen to be in Venice. In South Korea, tapas-like appetizers are called ”anju.”

In Portuguese, the word ”peidei” that sounds like ”payday” means, ”I farted.”

Salsa is a wonderful, graceful and thrilling dance style, but in South Korea, when you hear the word ”seolsa,” which sounds like ”salsa” it refers to ”diarrhea.”

Speaking of diarrhea, in Japanese, the term they use is ”geri,” which sounds like the name ”Gary.”

”Dai,” an Italian word, is pronounced like the English word ”die.” The literal translation of this is ”from” but it is colloquially used by the Italians to mean, ”Come on!”

The English term ”retard” could either mean delay or move slowly. It could also mean moron or imbecile. In French, ”retardé” translates to delay as well.

There is an English term called a ”smoking jacket” which is a mid-length jacket for men that is often made of quilted satin or velvet. The French however call a ”tuxedo,” which is a semi-formal evening suit, ”smoking.”

Eagle is a soaring bird. In Germany, the word ”igel” that has a similar pronunciation to ”eagle” actually means ”hedgehog.”

The term ”thongs” is usually associated with sexy swimwear or underwear. When you’re in Australia though, thongs refer to rubber flip-flops.

In Polish, the month of April is ”Kwiecień” while in Czech, the similarly sounding term, ”Květen” is for the month of May.

For English speakers a ”preservative” is a chemical compound that prevents decomposition of something. But be careful when you say the word while in France, as this means ”condom” for the French. It means the same thing in many different languages in Europe as well, such as:

”Entrée” is a French term that translates to ”appetizer.” In American English though, term is used to indicate the ”main course.”

“Mama” in Russian and in several other different languages means ”mother.” However, in Georgian, ”mama” is the term for ”father.”

Languages are definitely fascinating and interesting, but there is enough reason to learn a few things about it to avoid a faux pas when you are in another country, because English words could mean differently. Ensure that your English documents are translated accurately in different languages by getting in touch with a translator from Day Translations, Inc. Our translators are not only native speakers; they are also subject matter experts. Give us a call at 1-800-969-6853 or send us an email at contact@daytranslations.com for a quick quote. Our translators are located world-wide and we are open every single day of the year. We can serve you any time, wherever you are located. 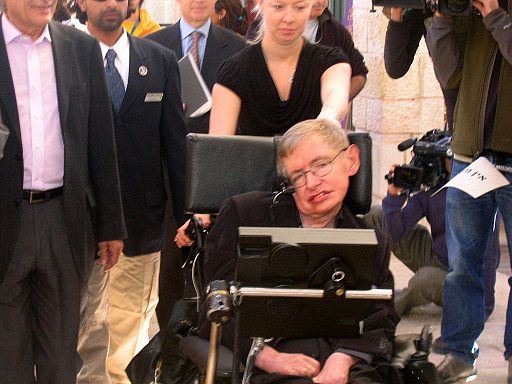 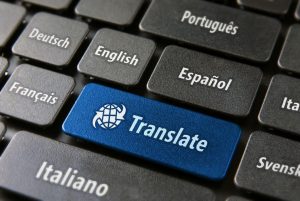 Communicating
Translating Bad Grammar: What to Do?
by  Day Translations
0
1
4k 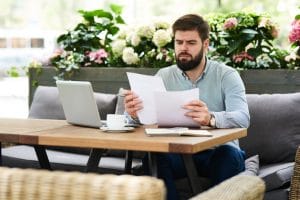 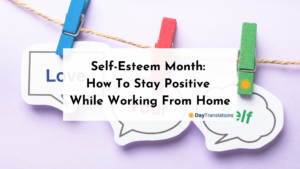