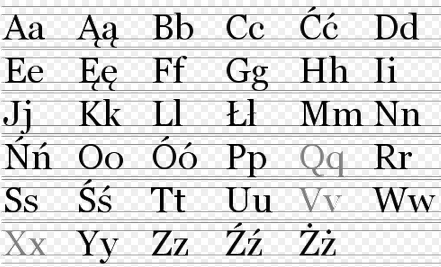 The Polish Language: Challenging and Intriguing Yet Fun to Learn 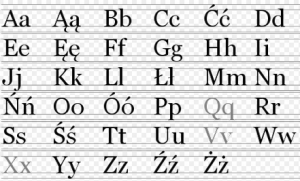 Polish is one of the West Slavic languages, belonging to the Lechitic subgroup, which is a language group that includes Polish and languages spoken in the northeastern parts of Germany. It is an interesting language with the written form consisting of letters with ogonek (reverse cedilla), curls, crossed letters and acute accents, and letter combinations like dz, dzi, dź, dż, rz and szcz. For the untrained, looking at Polish words could be a mystery. Language learners did say that Polish pronunciation is more complicated. That must be an understatement. Let us hear you read this one:

Poland’s official language is Polish, which in their native tongue is called formally as “polszczyzna” and “polski” informally. There are about 40 million native speakers of Polish, from Poland, the United States, Russia, the Ukraine, United Kingdom, Lithuania, Germany, Canada, Brazil, Belarus, Australia, and Argentina. It would be easy to learn Polish if you have the foundation in other related languages such as Slovak and Czech. There are still many that speak Polish as a second language. However, there are also people that claim Polish ancestry yet are no longer speakers of the language. In the United States alone there are 11 million Polish Americans. Sadly most of them cannot speak Polish fluently. And yet, there are also large communities of Polish speakers in the U.S., found mostly in New Jersey and New York, with the largest number residing in Illinois.

Just like most languages, the Polish lexicon was influenced by several other languages. Most words have Greek and Latin roots. Other words originated from Czech, Turkish, Hungarian, German, French and Italian. In modern times, it also borrowed heavily from English, so somehow you will recognize some words, with minor spelling difference. For example, the suffix “-tion” has been replaced by “-cja” for singular and “-cje” for plural. So they now have “konotacje” for connotations, “recepcja” for reception and “dewastacja” for devastation. Still, by replacing the letter “c” with “k” you will see the Polish version of “skaner” (scanner) and “komputer” (computer). However, there are others that need additional suffixes to make it a verb, just like the verb “to park” is “parkować” in Polish.

Most language learners agree that Polish can be a challenging language to learn. The gender system is complex, the pronunciation is tongue-twisting and there are seven cases. Still, the subject pronouns are usually dropped and Polish sentences do away with articles.

The language also does not use the letters x, v and q except in foreign words and names. There are quite a few words that sound similar to each other although the meaning is different.

The county is home to very polite people and their language is quite formal. When you are in Poland or speaking to a Polish national you’ll often hear the words “Pan” for “Sir” and “Pani” for “Lady.” Greetings are always welcome in Poland and the universal greeting is dzien dobry (jean-dough-bree), which literally means “good day” but could be said anytime of the day. It could also be used for saying “hello.”

The language is phonetically pronounced, which makes it easy on that particular aspect. It’s the combination of letters, particularly the consonants that could be a hurdle. So the first thing to remember is to know when the words should be broken, although it is common that the second to the last syllable must be stressed.

There are special letters such as ą and ę that resemble the nasal sound of “a” and “e” in French, with the added “ng” in the end. The letter L with a stroke, Ł or ł closely resembles the pronunciation of W. The letter Ń or ń is a soft N sound followed by an I.

Learning Polish, even if you only want to know a few phrases could still be fun. Start with shorter words like tak for yes, nie for no and dobrze for okay. The last one is pronounced as dough-be-she. “Excuse me” could be a challenge already, because it is written as przepraszam and is pronounced as p-shey-pra-shem. And when you have to say good-bye to your newfound friends, it is best to do it formally, parting with “Do widzenia.”

byDay Translations -
0
3
3k
The South American country of Paraguay has two official languages, Spanish and Guaraní. The country is home to about 6.7...

byCamilo Atkinson -
0
1
3k
There are more than 33,000 Somalis in Minnesota and to serve them better, the Minneapolis Metro Transit officers are learning...

Culture
The Korean Language: Beyond K-Pop and K-Drama

byBernadine Racoma -
0
2
3k
Annyeonghaseyo! This is the basic greeting that you are bound to hear when you meet a Korean national. This is...

Communicating
A Modern Approach to Teaching English in an International Setting

byBernadine Racoma -
0
5
2k
There is an increase in the number of English language learners around the world these days. English, being an international...
View All Topics