Interesting, Fun, and Surprising Facts about the English Language

English is a fun language. Words are spelled in interesting ways and sentences look as if they do not make sense but they do. English is also a challenging language to learn. Native speakers do not realize this but the many quirks of the language make it quite a challenging language to master for those who do not speak it. There are so many rules to follow and some of them do not make sense. Let’s look at how words are spelled, for starters.

The spelling of many words in English is rather difficult to figure out from their sound when spoken out loud. Take for example, “strait,” “mate,” and “eight.” They sound similar but there’s nothing common about how they are spelled. Come to think of it, there really are no spelling rules. No wonder spelling bee whiz kids use all their spare time memorizing words straight out of dictionary pages.

Words and their perks

There are words in English without one true vowel but sound as if they have vowels. The longest English word with this characteristic is “rhythm.”

Upcoming poets need to pay close attention to this part. For those keen on creating verse that rhyme, here are a few tips. There are no perfect words in English that rhyme with the words “silver” and “orange.”

There are English words that exist only in plural form. These words include tools such as “binoculars,” “shears,” “glasses,” “spectacles,” “scissors,” “tongs,” and pieces of clothing such as “pajamas,”” jean,.” “pants,” and “trousers.” “Gallows” is part of this group, too.

To hyphen or not to hyphen

Here’s interesting trivia about hyphens that might work well enough as an ice-breaker given a certain type of crowd, of course. “Bookkeeper” and “bookkeeping” are the only words in English that do not have a hyphen despite having three consecutive double letters. To facilitate readability, words with double letters are usually hyphenated such as “sweet-toothed.”

But there’s no helping certain words, especially those that have the same latter appearing three times in a row. Words such as “cross-section” and “bee-eater” require a hyphen for sure. But according to the Oxford English Dictionary “frillless” and “duchessship” can do without one. Nobody understands why one set is not allowed hyphens while others can’t do without them.

“Dreamt” is the one word in the English language that ends with “-mt.” There are only two words in English that end in “-gry” and these are “angry” and “hungry.” Meanwhile, there are only four English words in common usage that end with “-dous.” These words are “tremendous,” “stupendous,” “horrendous,” and “hazardous.”

Sentences and their perks

A “pangram” is a sentence with all the 26 letters of the English alphabet. The popular typing exercise “The quick brown fox jumps over the lazy dog” is a great example of a pangram. So far, it hasn’t been replaced in keyboard/typewriter proficiency tests by another sentence.

Can you beat that?

byBernadine Racoma -
0
2
3k
Even if you are not planning on a trip outside your home country in the very near or in the... 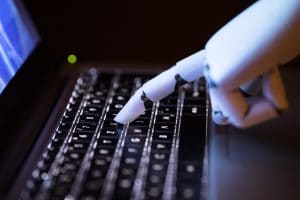 Languages
Can Programming Languages Be Translated or Interpreted?

byBernadine Racoma -
0
1
5k
How are the programming languages similar to or different from the languages people use in conversations? Can they be interpreted...

byBernadine Racoma -
0
2
4k
For a language to be considered extinct, it means that it is no longer spoken in everyday communications. It is...

byBernadine Racoma -
0
1
3k
Language experts and other agencies, including UNESCO are one in being concerned about the fast disappearance of world languages. In...
View All Topics