If you’ve ever been to Japan, you’re probably well aware of just how massive the vending machine market is. But did you know that vending machines have come a long way from merely selling drinks?

In fact, there are now even vending machines that accept dialect as a payment! It’s true! Coca-Cola recently launched a vending machine in Sweden called the “Dialekt-o-maten,” which accepts dialect as payment. The machine’s codes are capable of reading user voices to identify intonation in language, and depending on how accurately individuals could pronounce different phrases; they were awarded ice-cold Coca-Cola sodas! 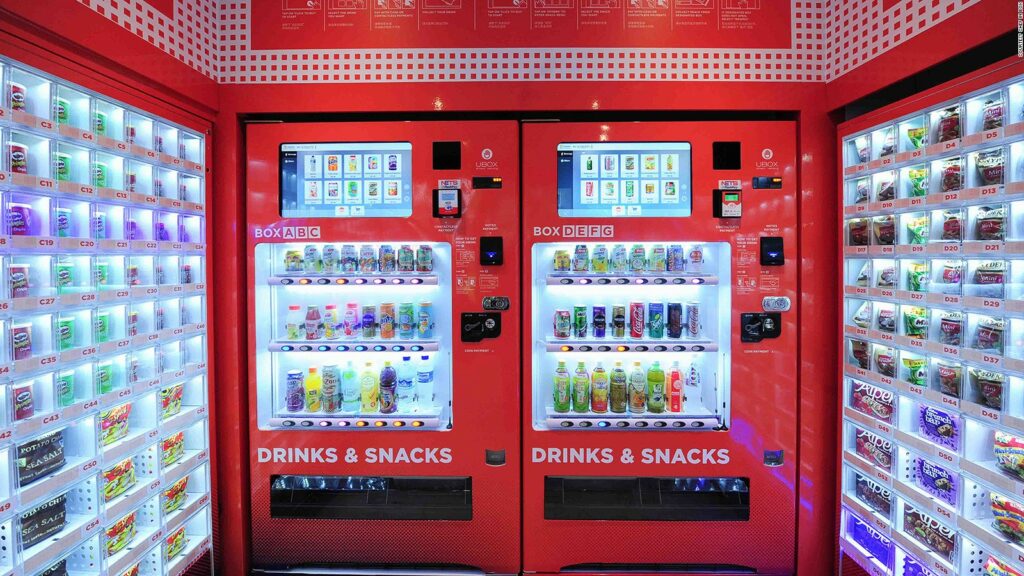 Where It All Started

Did you know that the very first vending machines were Greek? Historians say that the first one was produced in the first Century CE and accepted golden coins as a payment for some holy water.

It worked by means of a gold coin hitting a metal lever that released a stop in a container. The water would pour out of the machine until the coin fell off the lever. The mechanism was simple yet effective and probably 2000 years ahead of its time!

A Roundup of the Most Fascinating Modern Vending Machines

Here’s a look at the world’s weirdest, most remarkable, and perhaps most shocking vending machines!

China came up with an innovative alternative to waiting in line at the fresh produce market: a crab vending machine. At the Nanjing subway station in Jiangsu province, you can pick which live hairy crab you fancy most, and if you’ve got around 20 RMB, you’ll get your fresh crab along with condiments like vinegar and ginger tea!

The Kratom Crazy Sprinkles Vending Machine in Beverly Hills, CA, allows anyone and everyone to feast on their favorite cupcakes any time of the day or night. The machine has the capacity to store 600 fresh and individually boxed cupcakes at one, which means you’ll always get your fix as fresh as possible.

Raw milk is all the rage these days as more and more people try to clean up their diets, and now, it’s easier than ever to get your raw milk fix across Europe. Most European countries have raw milk vending machines that dispense full jars of the good stuff on demand. 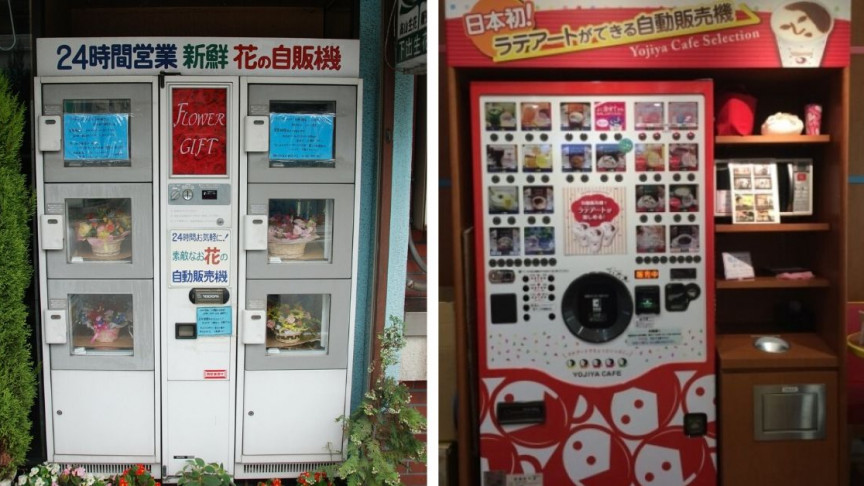 It seems only fitting that a gold vending machine is nothing out of the ordinary in the glitzy capital of Dubai. The world’s first-ever gold dispensing machine is located in the Dubai Mall, UAE. Obviously, it’s guarded by armored guards 24/7 because it dispenses 24-karat gold in the form of gold bars, coins, and jewelry.

The birthplace of pizza also happens to be where you’re most likely to find a pizza vending machine. Italy is home to the Let’s Pizza vending machine, which is conveniently loaded with enough ingredients to spit out 100 pizzas. The device even makes the dough, so all you have to do is decide what kind of toppings you’d like on yours. The best part? It takes just three minutes for the machine to whip up a fresh pizza! We think it’s safe to say that microwave pizza just met its match!

Pennsylvania’s Plan B Contraceptive Vending Machine dispenses “the morning after pill” for around $25. Since it’s located on the University of Southampton’s grounds, it’s widely popular among students. But it doesn’t stop at dispensing emergency contraceptives. It’s also a go-to for condoms, decongestants, and pregnancy tests.

7-11 is famed for its Slushies, but apparently, that’s not enough. It looks a lot like the popular Slurpee machine, but instead of refreshing drinks, it dispenses mashed potatoes! The vending machine is the brainchild of Maggi, a company that also sells powdered mashed potatoes. Technically, it’s just Smash, but it’s still super convenient if you’re craving some mash!

You can’t visit Japan without indulging in some Sake, and this vending machine just made it that much easier to grab and go when you’re short on time! These vending machines might not be around for much longer, though, since officials are a little concerned about underage drinking.

Burritos are the epitome of street food, and in West Hollywood, California, they’re available around the clock! Burrito Box is the world’s first automated burrito kiosk, and you can find it inside a Mobil gas station store in West Hollywood.

London is home to the classiest kind of vending machines out there, dispensing Moet & Chandon champagne. The vending machine is located in the Selfridges department store and sells the most unique miniature bottles of champagne!

Seattle is home to the ZAZZZ Medical Marijuana Vending Machine, which is the brainchild of Arizona-based American Green. The machine is being called the first age-verifying, climate-controlled, self-service cannabis dispensary.

If you’re like most women in the world, there are times when your feet scream for a reprieve from high heels, and that’s precisely where Save our Solez Vending Machines come in, dispensing flats for women when they need them most. The machine stocks up to 80 pairs of shoes and dispenses them in a bag that can be used to store your high heels.

The Boozelator is a vending machine that dispenses breathalyzer tests. Purchasing one is as simple as inserting payment and following the Smart LCD Ad Monitor as it walks you through the Breath Alcohol Content testing process. The machine can be programmed to any language and is compatible with every currency in any country.

Because who wouldn’t want to purchase hair extensions on the go? If you’re in Philadelphia, just locate the Boundless Beauty hair extension vending machine, and you’re all set. Just keep in mind that these machines are cashless, so you’ll need plastic to buy your extensions.

No bait? No problem! If you’re fishing in Montana’s Tongue River Reservoir State Park, the minnow-filled vending machine is here to save the day!

FEBO is Amsterdam’s way of ensuring that fast food is now quicker than ever before! There are many FEBO machines located throughout Amsterdam, all dispensing food like croquettes, and the fact that the items on the menu cost less than $10 makes the deal that much sweeter!

InstyMeds is a pharmaceutical vending machine capable of dispensing antibiotics, cough syrups, painkillers, and inhalers. The machines are located in a variety of American hospitals and clinics and certainly takes the hassle out of collecting a script after you’ve seen the doctor.

If you’re in Russia and craving some French Fries, it’ll take just 90 seconds to get your hands on a fresh serving! The fries are also fried to order and dispensed in on-the-go paper cups, served complete with ketchup to seal the deal.

Hey Buddy is an all-American solution for pet owners looking to hit the streets with their four-legged family members. The vending machine dispenses anything and everything you could possibly need for your dog while you’re out and about. From toys to snacks and even pickup bags, these machines make it effortless to do impromptu walkies!

We’re all pretty accustomed to seeing drinks being dispensed at vending machines. But have you ever indulged in a steaming cup of loose-leaf tea dispensed by a machine? TeaBOT vending machines stock a variety of loose tea leaves so customers can create a personalized experience. 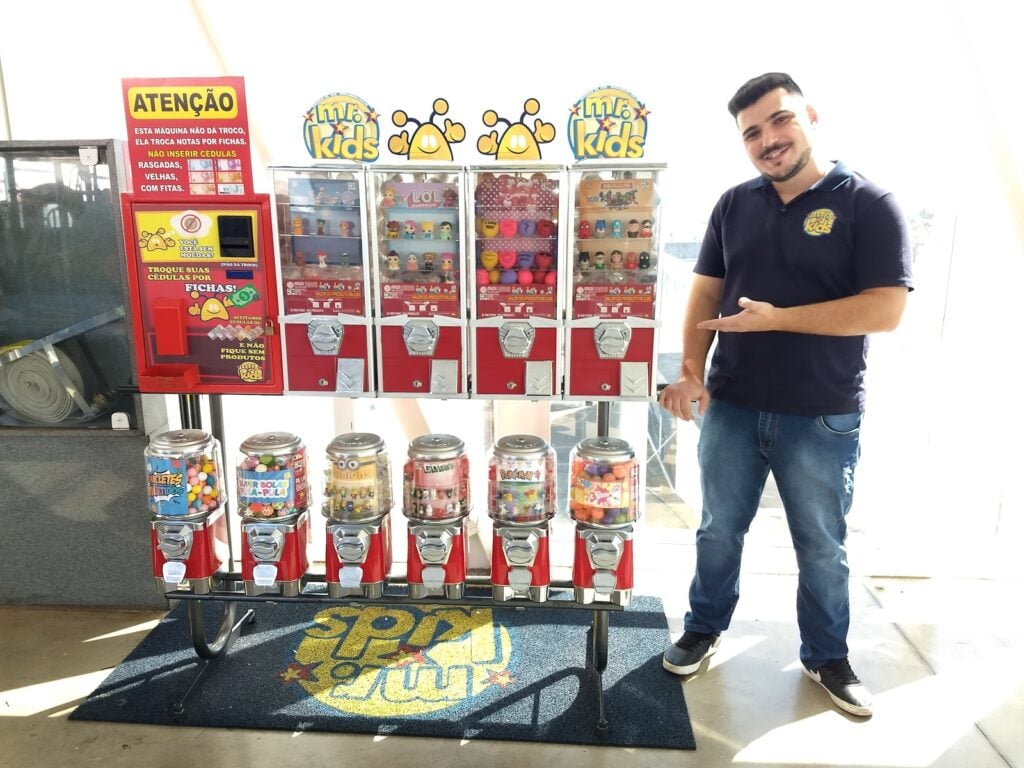 Kenya’s Nairobi is known for its natural beauty, but it’s also known as an area with limited access to basic resources like water. But the Kenyan government partnered with a Danish company and installed various water ATM vending machines to bring clean and affordable water to Nairobi’s people. Community members can use their smart cards to access water, and their cards also store water credits, which are used to purchase potable water.

Okay, so this one is the last of our featured vending machines, and with good reason, it might shock some of you! You already know that Japan is home to a range of weird and wonderful sights and customs, but used underwear? It’s a thing! It might not be your thing, but it’s a thing to many Japanese people! 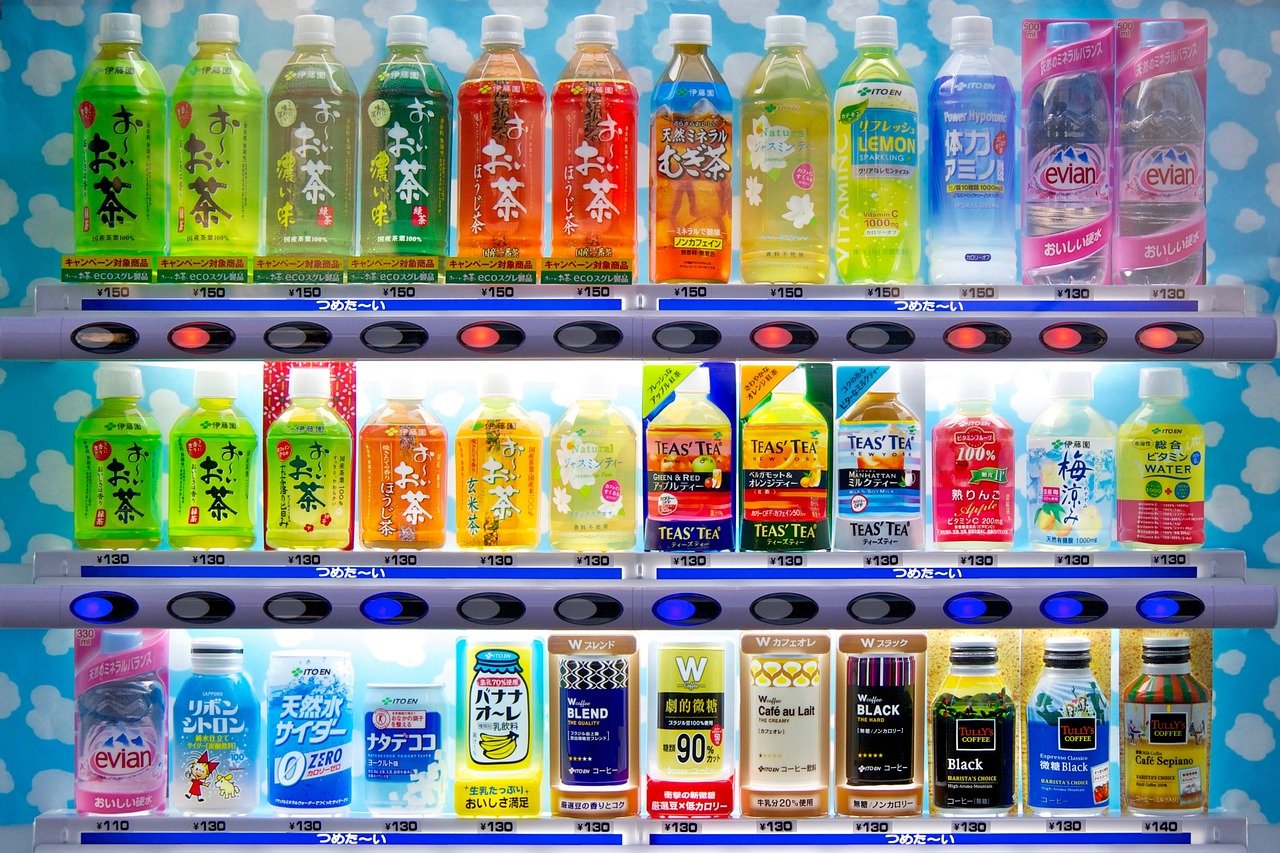 What was your favorite?

If you’re interested in learning more about Localization services and how they work with these vending machines, and many more interesting facts and stats from around the world, be sure to follow our socials to get updates on new blog posts! 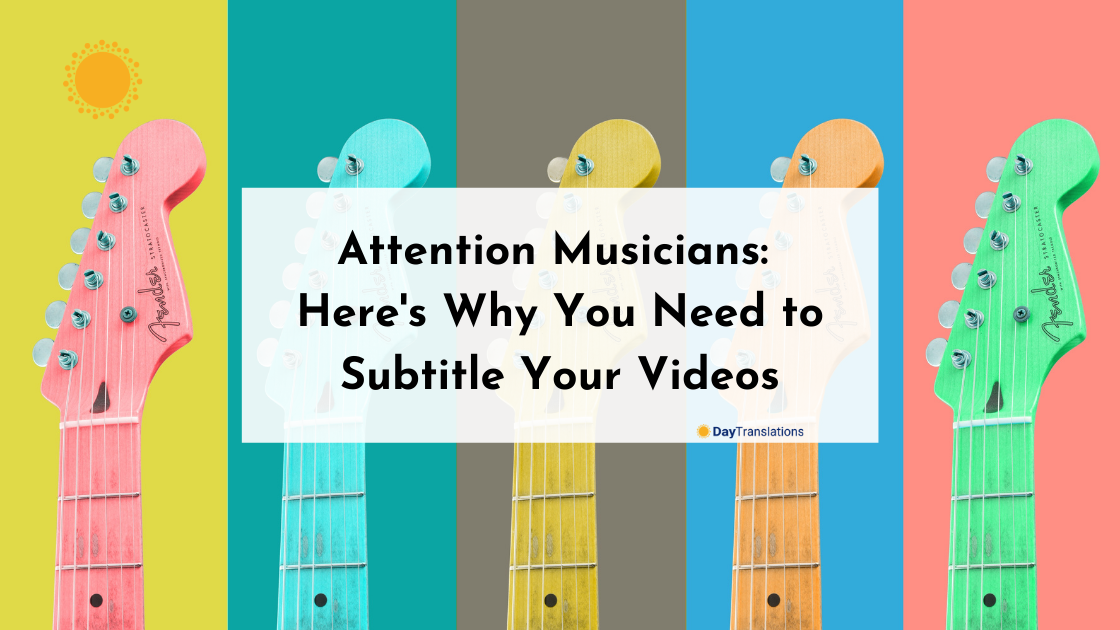