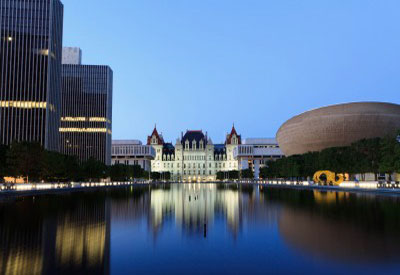 The US economy is the largest and most technologically powerful economy in the world, with an estimated gross domestic product (GDP) of $ 15,940,000,000,000 as of 2012, and second only to the European Union (EU) which consists of organization of 28 countries across the European continent.

The United States is located in the northern part of America, bordering both the North Atlantic Ocean and the North Pacific Ocean, between Canada and Mexico. With more than 300 million people, the United States is the third largest country by total area, and third largest by population. America has been often compared with a “melting pot,” because it welcomes people from many different countries, races, and religions. No other place in the world has such a diverse population The American society is one of the most fascinating multicultural mosaics.

Britain’s American colonies broke with the mother country in 1776 and were recognized as the new nation of the United States of America following the Treaty of Paris in 1783. During the 19th and 20th centuries, 37 new states were added to the original 13 as the nation expanded across the North American continent and acquired a number of overseas possessions. The two most traumatic experiences in the nation’s history were the Civil War (1861-65), in which a northern Union of states defeated a secessionist Confederacy of 11 southern slave states, and the Great Depression of the 1930s, an economic downturn during which about a quarter of the labor force lost its jobs. Buoyed by victories in World Wars I and II and the end of the Cold War in 1991, the US remains the world’s most powerful nation state. The economy is marked by steady growth, low unemployment and inflation, and rapid advances in technology.

Climate: mostly temperate, but tropical in Hawaii and Florida, arctic in Alaska, semiarid in the great plains west of the Mississippi River, and arid in the Great Basin of the southwest; low winter temperatures in the northwest are ameliorated occasionally in January and February by warm chinook winds from the eastern slopes of the Rocky Mountains.
Terrain: vast central plain, mountains in west, hills and low mountains in east; rugged mountains and broad river valleys in Alaska; rugged, volcanic topography in Hawaii.

Natural hazards: tsunamis, volcanoes, and earthquake activity around Pacific Basin; hurricanes along the Atlantic and Gulf of Mexico coasts; tornadoes in the midwest and southeast; mud slides in California; forest fires in the west; flooding; permafrost in northern Alaska, a major impediment to development.

Environment – current issues: air pollution resulting in acid rain in both the US and Canada; the US is the largest single emitter of carbon dioxide from the burning of fossil fuels; water pollution from runoff of pesticides and fertilizers; limited natural fresh water resources in much of the western part of the country require careful management; desertification.

Ethnic groups: white 79.96%, black 12.85%, Asian 4.43%, Amerindian and Alaska native 0.97%, native Hawaiian and other Pacific islander 0.18%, two or more races 1.61% (July 2007 estimate) Note: a separate listing for Hispanic is not included because the US Census Bureau considers Hispanic to mean a person of Latin American descent (including persons of Cuban, Mexican, or Puerto Rican origin) living in the US who may be of any race or ethnic group (white, black, Asian, etc.); about 15.1% of the total US population is Hispanic.