Immigration issues are featured regularly in the news in the light of the edicts of U.S. President Donald Trump, affecting the green card holders and other immigrants. Although the laws are getting tougher, authorities note that there is an increase in U.S. citizenship applications. Many holders of green cards are content that they are able to legally live and work in the United States. But since President Trump came into office and started changing immigration rules, a huge number of green card holders clamor to attain naturalization because they fear deportation. They are also after getting the right to vote and having access to more rights accorded to U.S. citizens.

Within a decade, 2016 has become the busiest, as a large number of immigrants became naturalized U.S. citizens. The following year surpassed 2016 and it is expected that the same will happen in 2018. With the continuing talks, changes and enforcement of the new U.S. Immigration Law regulations, the trend among people who are legally allowed to live and work in the U.S. to apply for naturalization is not going to decrease.

As the processing of immigration applications continues, the U.S. Citizenship and Immigration Services (USCIS) released new regulations on February 16, 2018. Effective March 18, 2018, applicants and petitioners who are looking for immigration benefits must submit a legitimate signature on the forms they submit to USCIS. The agency will not accept power of attorney signatures. Only authorized persons are allowed to sign forms filed by legal entities and corporations.

However, the power of attorney signatures will still be honored if they are done on behalf of people with disabilities or those who are below 14 years of age. The new U.S. Immigration Law guide also states that the person who is authorized to sign forms must work for the petitioner. The USCIS will also outright reject a form that does not follow the new guidelines. Previously, the agency allows the petitioner or applicant time to fix the error. In the future, the USCIS will issue guidelines regarding electronic signatures.

Reportedly, the USCIS would also be requiring more forms, notarized signatures and certified translations from people applying for citizenship or a green card.

Removal of phrase ”nation of immigrants”

“USCIS secures America’s promise as a nation of immigrants by providing accurate and useful information to our customers, granting immigration and citizenship benefits, promoting an awareness and understanding of citizenship, and ensuring the integrity of our immigration system.”

“U.S. Citizenship and Immigration Services administers the nation’s lawful immigration system, safeguarding its integrity and promise by efficiently and fairly adjudicating requests for immigration benefits while protecting Americans, securing the homeland, and honoring our values.”

The work of the USCIS remains the same, but the revision of its mission statement is more symbolic. It reflects the idea of the Trump administration on how immigration should be treated. Gone is the phrase about giving ”immigration and citizenship benefits,” replaced with just the benefits of immigration.

Americans are used to President Trump changing his mind all the time. Earlier this year, he said that he was amenable to a new plan for immigration, which could give a road to citizenship for the DREAMers among other things.

The administration is also thinking of reducing family-based immigration. When the new plan becomes more concrete, holders of green cards and U.S. citizens will be allowed to sponsor only a spouse and their minor children.

The new plan focuses on four areas that the White House wants included.

In the new proposal, this allocation will be used to fill the visa allocations for high-skilled and family-based immigration. This technically removes the diversity visa lottery.

The surge in applications creates a major backlog in the processing of immigrants who are eligible for U.S. citizenship. These legal immigrants (green card holders) have been in the country for a minimum of five years. According to the latest available figures, around

As the processing backlog increases, the average wait time increases as well. In previous years, the processing takes about four months. Today, applicants have to wait at least nine months to have their applications processed. The wait time can reach more than a year for places such as Miami, Las Vegas, Houston and Dallas.

The USCIS is the main agency that processes applications for citizenship. The agency says that it is enlisting their officers to render overtime work and they are looking for qualified people to fill up the vacancies.

Citizenship is not the dream of all permanent residents

While many people from around the world come to America to become permanent residents and later become U.S. citizens, not everyone wants to be a citizen of the United States. People from Central America and Mexico showed lower rates of naturalization than their counterparts from Russia and Southeast Asian countries. The cost of the application fees, taking and passing the civics tests and the possibility of losing some privileges from their home country deter those legal immigrants from Mexico and Central America from applying for naturalization.

However, the prevailing political climate makes more people look beyond whatever deterrents exist. They understand that green card holders can still be deported for violation of U.S. laws. The same is true for permanent residents. They are also now very conscious of the fact that once a permanent resident leaves the United States, the decision for re-entry into the U.S. depends on the immigration official.

If they become U.S. citizens, these immigrants cannot be deported even if they break the law. They can stand trial and remain in the country. They can also avail of the federal benefits and gain access to jobs that were previously not available to them because they are not U.S citizens.

Several nonprofits have been encouraging immigrants to apply for citizenship. They also helped them prepare their documents for submission to the USCIS. The effort is not abating, especially in several cities such as Salt Lake City, Portland and Miami. These cities are conducting drives for naturalization. Their programs for adult education also include free courses for citizenship.

Many immigrants are taking the initiative to apply for citizenship, because they are afraid that at some point the immigration laws will once again change. There were stories of immigrant people whose children are already American citizens who were turned down for jobs where they successfully passed the interviews and tests because they were not yet American citizens.

Texas has quite a high number of green card holders. They have been in Texas for several decades. With the issues concerning immigration, the state reports that they are receiving more inquiries about naturalization today. The exceptions are the Latinos, who are less engaged politically than other groups of immigrants.

So many things must be understood regarding immigration issues and applying for citizenship, including the preparation of documents for submission to USCIS. With the new ruling requiring more certified translations, rely on one of the best in the industry, Day Translations. We have a team of translators to provide you with accurate and professional certified translations. Our translators are native speakers and we work with more than 100 languages. Our rates are very competitive and our turnaround time is one of the fastest in the industry. You can call us at 1-800-969-6853 or send an email at contact@daytranslations.com anytime. We are open 24/7, all days of the week. 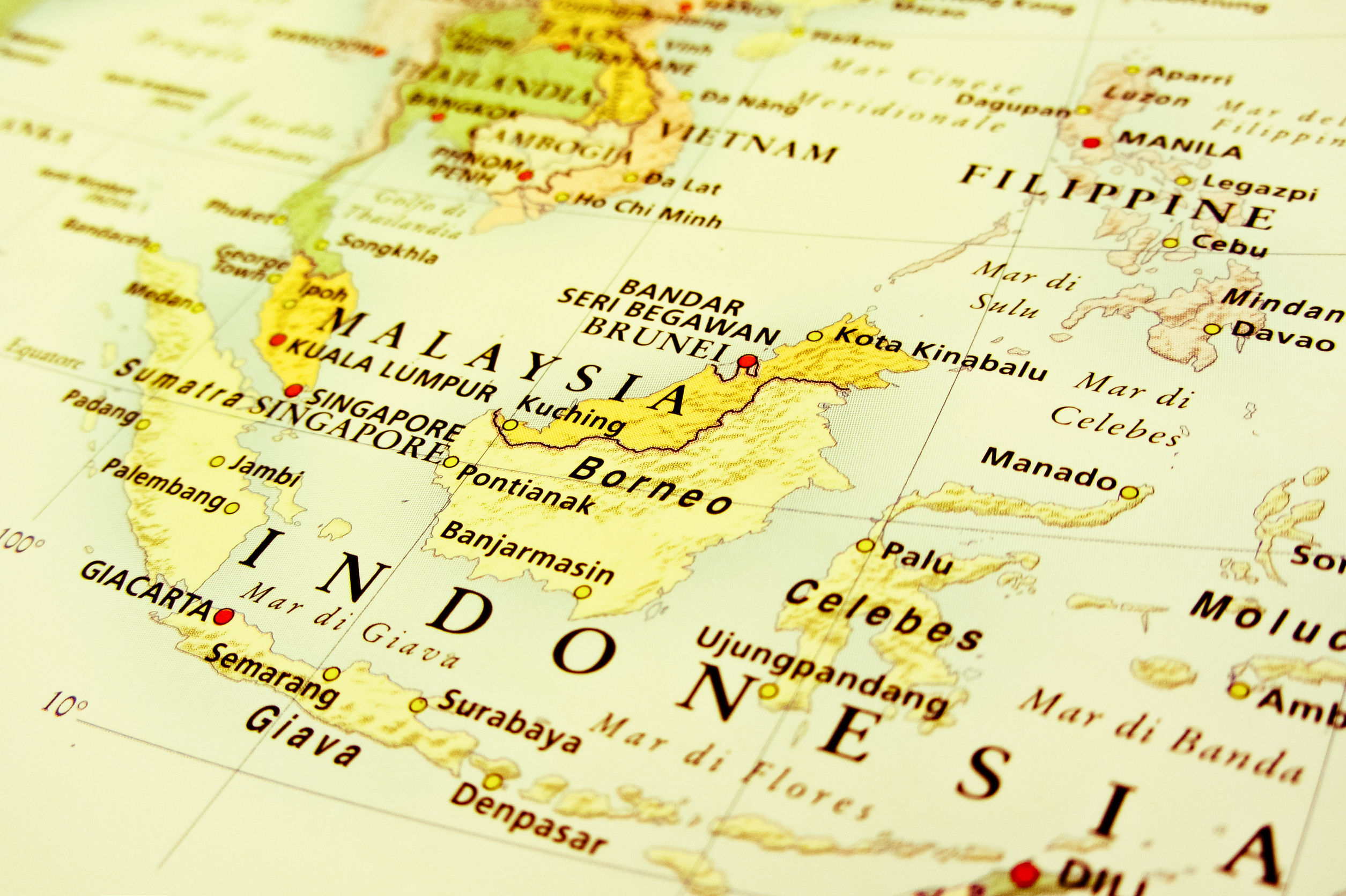 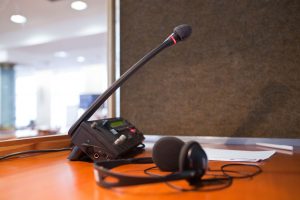 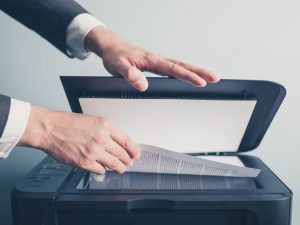 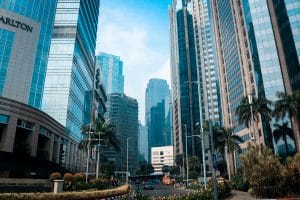