Thank the Swedes – Top Contributions of Sweden to the World

The Kingdom of Sweden is located in Northern Europe. This Scandinavian nation is the third largest country in the EU, with land measuring over 460,000 square kilometers and populated by almost ten million people. It is from Sweden that many of the most useful things in the world come from.

In the 18th century, Sweden experienced a scientific revolution, which resulted in a number of incredible inventions and ideas that are still in use today. In fact, the country holds more than 33,000 patents, making it a country with one of the most number of patents ever held in the world. To this day, the country still pioneers many technological and scientific inventions. Here are just some of the amazing inventions that have come from the Kingdom of Sweden.

Light it up
Where would campers, cooks and boy scouts be without a match? Gustaf Erik Pasch is the inventor of the safety match in 1844, a product that has revolutionized the way we start fires. The Swedish inventor is credited with pioneering the use of red phosphorous, which is a non-poisonous chemical, instead of yellow phosphorous.

What’s the temperature?
Thanks to Anders Celsius, we have the 100 point thermometer scale, or Celsius/centigrade readings. The astronomer/mathematician developed the Celsius scale. Centigrade comes from the Latin word centrum, which means 100, and the word gradus, which means steps.

Where in the world?
The Global Positioning System is the brainchild of Hakan Lans, who is considered as one of the best inventors Sweden has ever produced. He is also the developer of the Automatic Identification System, which is used around the world in shipping and civil aviation.

Love that Tetra Pak
The world’s favorite liquid beverage container comes from Lund, Sweden when it was established in 1951. The name of the product comes from Tetrahedron packaging and is used to store, package, and distribute just about any liquid food item. The main inventor was Erik Wallenberg, while the person who developed and manufactured it is Ruben Rausing. The Tetra Pak’s other version is the Tetra Brik, which came out in 1969.

Zip it up
How would we fasten dresses, pants and other articles today if we didn’t have the easy to use zipper? It was improved by Gideon Sundback in 1913, who at that time called it “a hookless fastener”. The early version of the interlocking teeth design wasn’t as smooth as modern zippers, but the concept remains till today.

Start the fire
The blowtorch was invented by Carl Rickard Nyberg in 1882. It is mostly used in metal work, but smaller versions are also used by cooks and bakers today.

Blow it up
Alfred Nobel isn’t just about a peace prize. He invented the dynamite when he was living in Geesthacht, Germany. The explosive material changed the way wars were fought after he patented the item in 1867. The term dynamite comes from the Greek word dynamis, which translates to “power”. It’s a much catchier name than his original product name, “Nobel’s Blasting Powder.”
Other weapons that Swedes developed include the revolver, which Swedish Priest Jonas Offrell developed in the 19th century while the Nordenfelt machine gun was the brainchild of Helge Palmcrantz.

Let’s Talk
When it comes to communications, the Swedes certainly contributed much in terms of technology. One of the largest telecommunication companies in the world was founded by a Swede, Lars Magnus Ericsson. Back in 1885, he was able to make the telephone handset and further contributed to innovations in telecommunications. To this day, Ericsson is one of the largest companies in Sweden and one of the most important.
In the 2000s, a Swede was the co-founder of one of the most popular Internet sites in the world, Skype. It made calling someone up on the telephone seem trivial, since people could now talk and see each other using the Internet.

Staying alive
A lot of people with heart problems wouldn’t be around today if not for the nifty invention of the dialysis machine and the pacemaker. Nils Alwall is a pioneer in the work of hemodialysis and one of the makers of the first workable dialysis machine. It is for his work with hemodialysis that Alwall came to be known as “the father of extracorporeal blood treatment.” The word dialysis comes from the Greek word dialusis, which translates to dissolution.
The first implantable pacemaker was developed by Rune Elmqvist back in 1958. The battery driven pacemaker was given to the first patient in 1959, and though adjustments had to be made later on, Arne Larsson, the first receiver of the device, lived until 2001.

When it comes to safety, a product that continues to save lives to this day is the three-point seatbelt. While working at Volvo, Nils Bohlin came up with the three point seatbelt in 1958 and today, his invention saves one person every six minutes. This invention upgraded the safety standards in vehicles so much that it is regarded as one of the most important life saving devices in the world.

Thank you for the music!

Perhaps the most popular band to come out of Sweden and hit mainstream culture is ABBA. The quartet band sold more than 370 million albums, between 1972 to 1982, making them one of the most commercial successful music groups of all time. They are the first music group that did not come from an English speaking country but gained commercial success internationally. Other Swedish pop artists include Ace of Bace, Roxette, Europe, The Hives and The Cardigans. In 2007, Sweden also ranked as the third largest music exporter, following the United States and United Kingdom. This is because some of the biggest music studios and music moguls are from Sweden. For example, Max Martin is the genius behind international pop artists Britney Spears, Backstreet Boys, N Sync, Pink and Katy Perry.

There you have it! This extensive list proves that Sweden has given much to the world, and will most likely continue to do so in the coming years. 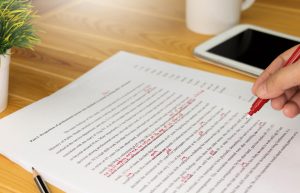 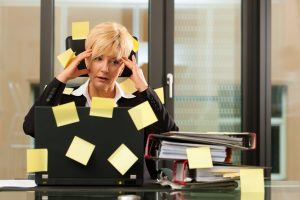 Business
If Everything Is a Priority, Then Nothin
by  Sean Patrick Hopwood
0
3
2k