The Māori Language and the People of New Zealand

Te Reo or the language is how the indigenous people (tangata whenua) of New Zealand call their language, which the English speakers know as Māori. In the West the name of the language is written without the macron (Maori). The macron over a letter, which is called tohuto in Māori, indicates that it is a long vowel.

English, which is similar (with some differences) to Australian English is the de facto language in New Zealand. Māori and New Zealand Sign Language are the official languages in the country, which were declared in 1987 and 2006, respectively.

New Zealand’s population as of 2017 is 4.75 million, with a high mixture of indigenous people and immigrants from the Pacific Islands, Asia and Europe who speak their own languages. The largest language groups include Samoan, Hindi, Mandarin Chinese, French and Yue Chinese.

The People of New Zealand

Citizens of New Zealand are either called New Zealanders or Kiwis, after their national bird. The heritage of about 69% of the Kiwis is European (Irish, Welsh, English and Scottish). There are also small groups of South Slavic, Scandinavian, Dutch and German immigrants who settled in New Zealand. Indigenous Māori comprise 14.6% of the population. The rest are of Asian descent while others originated from Pacific Islanders who are not Māori.

More than 75% of the population of New Zealand are located in the North Island. Heavily populated cities are Auckland, Hamilton, Christchurch and Wellington.

There is also a diaspora in major countries such as Australia, Canada, United States and the United Kingdom.

Their culture is primarily Western because of the dominance of European settlers, although it is tempered by Māori culture as well. Their cultural link to the United Kingdom is through language, but the New Zealanders identify closer to their nearest neighbor, Australia, the country where they share geographic, cultural and historical aspects.

They fought together in so many wars and peace-keeping missions. The two countries celebrate Anzac Day, a day to commemorate all their fallen comrades, especially those who perished when they landed on April 25, 1915 in Gallipoli during WWI.

Their culture might be Western, but for the people of New Zealand, the core of their national identity is still the Māori culture. They are independent, rugged, brave and resourceful. These characteristics can still be seen today in many of the young pioneers from New Zealand who are into sports, fashion, film, IT and other businesses.

Many New Zealanders have made contributions to the modern world, such as bungy jumping, Hamilton Jet boat and frozen meat. But you may not know that New Zealanders also invented the electronic gas pump, wide-toothed combs for shearing (wool), vending machines for stamps, vacuum pumps for freezers, electric fences and tranquilizer guns. The world’s fastest motor bike was invented by a Kiwi, too.

History of the Māori Language

Māori’s history spans about 200 years, which is characterized by many difficulties because of colonization and migration. From being a dominant language in the early part of the 19th century, it went down to being a minority language because of the dominance of an immigrant language: English.

If local legends were to be believed, Māori came from Hawaiki, the original habitat of Polynesians, which is the old name of Ra’iātea, the second largest among the Society Islands that includes Taha’a and Bora Bora. This is according to New Zealand anthropologist Dame Mary Anne Salmond DBE.

The Polynesians arrived in Aotearoa, (former name of New Zealand) on intentional voyages aboard double-hulled, sail-rigged sea-worthy canoes. The probable date of arrival was around 1280 AD. Settling on the island of Aotearoa, they perpetrated their culture while their dialects had isolated development until seven centuries later.

It is not known where the original source of the term Aotearoa is from. If you are to break the term down:

With the above, the common translation of Aotearoa is The Land of the Long White Cloud. However, some call it ”land of abiding day” or ”long bright world” because the quality and length of daylight in New Zealand is different from the other northern Polynesian islands. Aotearoa used to refer only to the country’s North Island but now refers to the entire country.

Māori did not have its own writing system. But Māori people commonly understood the meanings embedded in their weaving, knots and carvings. The Latin alphabet was brought by missionaries to the country in 1814. The local chief Hongi Hika, Waikato (the chief’s relative) and linguist Samuel Lee, a Cambridge University professor, worked together to have the written language systematized around 1820. There was very little change to the written Māori since it was established.

The immigrants and the locals used to interact everyday in every aspect – social, political, and business. The European immigrants’ children who went to local schools became the most fluent speakers of Māori.

Māori was slowly overshadowed by the arrival of English-speaking traders, gold miners, missionaries and settlers. Late in the 19th century, the English-style school system was introduced by the New Zealand’s colonial government across all provinces. By the middle of the 19th century, with the implementation of the Native Schools Act that later became the Native Schools Code, the Māori language was gradually removed from the school curriculum. The aim was for the system to be more similar to the European school system.

The population of European settlers grew bigger to the point of overcoming the size of the local population, which resulted in the growing use of the English language. The Māori speakers became marginalized, and opted to live in separate communities away from the Pākehā.

The Pākehā, the local term used for New Zealanders from Europe, did not realize that eliminating Māori equates to eliminating local culture and traditions. However, many Māori also doubted the relevance of speaking the language when the community is dominated by English speakers. Moreover, English was preferred for people who wanted to get ahead.

Many older Māoris recalled how they suffered from speaking Māori. Former farmer, community leader, military officer and tribal leader Sir James Clendon Tau Henare, KBE, DSO once shared his own story of how his teacher told him to cut a piece of supplejack vine or pirita. He did not know that it would be used on him because he spoke Te reo in school.

Only a small number of private schools taught Māori around the 1920s. Parents urged their children to forget Māori customs and learn English instead.

Revival of the Māori Language

Despite the decline in the number of speakers, there were still many small groups that continued to speak the language and follow Māori customs and traditions in an effort to preserve the local culture. They spoke Māori at home and children were taught by their parents so they would not forget where they came from. Literature and newspapers were published in Māori with translations in English.

Several big initiatives were launched, aimed at reviving Māori after concerned groups observed that the language along with Māori culture might become extinct. It started in 1975 when the Māori Language Week was launched. In 1978, the first bilingual school in New Zealand opened in Ureweke Valley’s Ruatoki town. In 1983, the Te Reo-o-Poneke, the first radio station that is Māori-owned opened. Through many representations, the New Zealand government, through the Treaty of Waitangi, declared Māori as an official language in 1987. The government granted radio frequencies to several tribal Māori radio stations. Today, the New Zealand government annually allocates US$9 million as funding to the various stations broadcasting in Māori across the country.

Around New Zealand today, the agencies and departments of the government carry names and signs in Māori and English. The stationery used by public offices is in both languages. Postal addresses with place names in Māori are recognized by the country’s post office.

Like other languages, Māori continues to evolve, affected by foreign languages. Many words were borrowed from English, but they were changed to fit the Māori language grammatically and euphonically.

Some of them are transliterations, such as horse, which became hōiho, and station that in Māori is called teihana. Napier becomes Nepia and Cloudy Bay is called Karauripe.

If you are traveling to New Zealand, here are some useful words and phrases:

Learning some Māori words can help start conversations when you’re in New Zealand. Likewise it is also important to learn about its culture and customs. Here are some words that describe some of the local traditions:

People and things are described by Māori as such:

Geographic areas are called this way:

One of the most widely known customs from New Zealand is the Haka, which is a traditional war dance. But it is also a dance that starts a gathering for peace and is also now performed for social events and ceremonies. Haka displays the pride or each tribe. It is a show of unity and strength. The dance includes a loud chant, violent stamping of the foot, body slaps performed in rhythm and fearful facial expressions that include protrusions of the tongue.

With rugby matches shown in many parts of the globe and New Zealand national teams participating in international events, many people are now exposed to haka.

The efforts to revive Māori continues, with the language being taught in pre-school and elementary schools. Immersion programs are also available. The 2014 data showed that around 17,713 children from age 5 to 16 were enrolled in the programs, as authorities aim to produce young people who are fluent in English and Māori.

If you need translations from English into Māori or any other languages, contact us at Day Translations, by email (contact@daytranslations.com) or by phone (1-800-969-6853) any time. We are open 24/7, all days of the week. Our professional translators are native speakers and located around the world so we can provide you accurate translation wherever you are located. 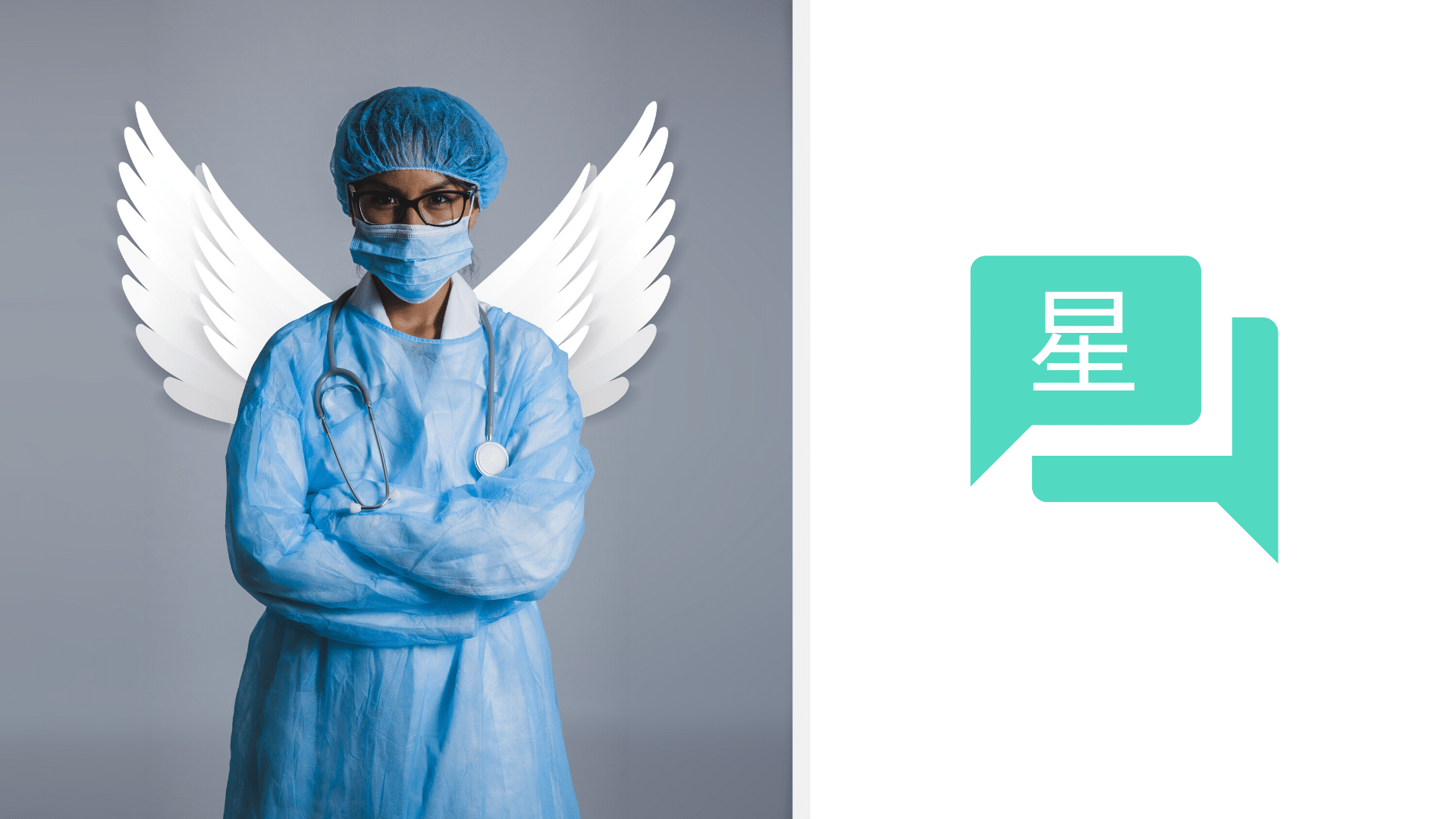 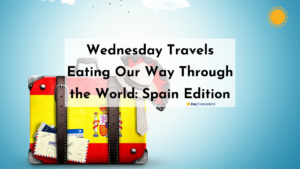 Arts and Culture
Wednesday Travel: Eating Our Way Through
by  Daniel Saenz
0
1
795

History
I Have a Dream: The Legacy of Dr. Martin
by  Bernadine Racoma
0
0
2k