Languages of the Future: What Will the World Speak?

The world speaks a variety of languages. Yet somehow, it is projected that about 30 years from now, the languages of the future that will be spoken will only be the major languages that are already dominant today.

Globalization shrunk the world. Corporations and organizations are no longer limited to do business within the boundaries of the countries were they were established. Globalization has created a global village where different countries, cultures and nationalities collaborate. As one of the most vital tools that helped business operations serve more market locations worldwide, tapping various resources, skills and capabilities to provide materials, goods and services as well as employment to more people, globalization is the future!

And do you know what the vital factor that enabled globalization is? It’s language!

Role of Languages in Globalization

A few of the world’s major languages dominate the international stage for a long time. Some of these are Russian, English and recently, Mandarin Chinese. However, the trend is moving towards several more languages rising to the surface to be part of the list of the world’s future languages.

While it will be difficult to learn all the languages of the future, the fundamental thing to do is to know which of these languages are useful and important to your business or your career so that the doors for ensuring the biggest ROI (return on investments) will be clearer. It is better to ascertain which of the languages will endure and be of great help to you in the future.

Whether you are someone preparing for your future career, an entrepreneur looking for international expansion or a small business that is looking for other markets to serve, it will be beneficial to you to use any of the emerging languages of the future to open the roads to the growth and success you seek. Your choice of languages depends on your objectives and goals, your vision for the future of your business or career and the type of customers you want to gain.

The list here is not absolute nor is it complete. But it’s going to be beneficial to think about these languages and consider them when you make your future business plans, because of the huge possibility that they will be dominant in enabling trade and communication across borders.

China’s economy is growing rapidly and Chinese companies are present in several countries across the globe. Chinese is already the most spoken language in the world, in terms of the number of speakers. This is not surprising considering how large the Chinese population is. Thirty-eight countries speak Chinese, with 1.296 billion total speakers. If you’re considering Mandarin Chinese (Putonghua) alone, it is spoken in 13 countries, with a total of 1.074 billion speakers. About 70% of all users of the Chinese language speak Mandarin.

Chinese is a difficult language to learn for English speakers, but the language is foreseen to be one of the languages of the future because of China’s massive economic shift, from being a close-door economy to increasing national and international trade and creating treaties with various countries and making inroads in the field of technology and science. There’s even a prediction that by 2050 it will be the leading economy in the world.

The Portuguese language does not seem to make waves, so it is surprising that it is included in this provisional list of languages of the future. However, Brazil, which speaks Portuguese, is growing rapidly. It is a member of the BRICS countries that spearhead the growth of business in the future. BRICS is an organization of emerging economies composed of Brazil, Russia, India, China and South Africa. The association’s headquarters is in Shanghai.

Currently, Portuguese is the seventh most spoken language in the world, with a total of 236.5 million speakers. People in Portugal, Brazil, Spain, France, and Luxembourg, several islands in the Caribbean, Africa, East Timor and Macau speak Portuguese. The economic support of the different regions speaking Portuguese will catapult the language into becoming one of the future’s profitable languages.

It is going to be difficult to ignore Arabic as well. From being confined to the Emirates region, Arabic is now one of the world’s fastest growing languages. People speak Arabic in 58 countries. It is now the fourth most spoken language worldwide, with a total of 313.2 million speakers. The language is as important as the oil and natural gas most of the countries that speak Arabic produce. It’s a stamp of approval for the language to likely be one of the languages of the future to be used worldwide. The United Arab Emirates is a major exporter of dates. While they lack agricultural lands, the Emirates embark on re-exporting industries that supply many parts of the world with a variety of products from various producers.

Right now, French is the 14th most spoken language, with its nearly 295.0 million speakers spread across 53 countries. France still maintains its economic growth. It is ranked as the 7th largest economies in the world for 2018 and 2019 with a GDP of US$ 2.8 trillion. It is one of the world’s largest providers of various services, centered in manufacturing for several industries including luxury goods, cosmetics, railways, aerospace and automotive.

Like China, the population in India continues to grow. In the near future, India is set to be the world’s most populated country. Pakistan, where the majority of the people speak Urdu, is following India in terms of the size of the population. Nearly 534.2 million individuals speak Hindi. However, close to 163.2 million people speak Urdu. India has various industries related to information technology. The country is also becoming a center of business, trade and commerce. And this is one of the reasons why it is going to be worthwhile to consider including or learning Hindi or Urdu.

Russia, like India, is also a member of BRICS. Despite the independence of several countries, the Russian Federation remains the world’s largest country, extending across a major part of Eastern Europe and the entire Northern Asia. Did you know that there are 11times zones in Russia?

Russia is one of the largest economies in the world. It produces and exports a variety of products. The country’s principal language, Russian, is the eighth most spoken language. Its speakers, 265.0 million in total, live in 18 countries, including Israel and China. Russia is a huge market. Therefore, Russian is one of the languages of the future that should be favorably considered.

Spanish is the second most spoken language in the world today after Chinese. Around 513.0 million people in 31 countries speak Spanish today. The amazing thing is that there are more Spanish speakers outside of Spain! Currently, 38.3 million (2012) people in the United States speak Spanish. Experts predict that by 2050, around 470 million people in the U.S. will speak Spanish. It has official language status in several countries, including Mexico and Argentina, which are two of the major economies of the G20. Spanish is an easy language for English speakers to learn because it belongs to the same language family – Indo-European. They predict Spanish as a future language of business and commerce. Additionally, learning Spanish is also beneficial for anyone looking to penetrate the international market space.

You cannot remove German from the equation because Germany’s economy is the largest in Europe. German shares many words with the English language because they both belong to the West Germanic branch of the Indo-European language family. Learning the language can lead to financial gains, as Germany has the world’s fifth largest economy. For future business, it is vital that you learn German, try to penetrate the German market or work for a German company. Learning the German language and culture of the German market is going to be a wise business and finance decision.

The German language ranks 15th most spoken language worldwide, with a total of 132.1 million speakers in 28 countries.

While the Japanese economy has its difficulties, there is still a big prospect for the Japanese market and its language. The Japanese economy made many discoveries and inventions in the field of information technology and science. It is also a leader in artificial intelligence and robotics. Couple that with the inherent traits of the Japanese for being hard working and industrious. If you’re a global company, it makes sense to do business with Japan.

You might think that the Japanese language is only spoken by a few people. Did you know that Japanese is the ninth most spoken language in the world? It even bests French, German and Urdu! There’s a reason for this. There are more people speaking Japanese as their first language (128.0 million) against first language speakers of French (76.8 million) and German (76.0 million). The 128.3 million Japanese speakers live in several countries, including Australia and Brazil.

We can’t  dislodge the English language from the list. Regardless of whether it is provisional or final. People speak  English widely across some 118 countries. It currently ranks as the third most spoken language. The language has a total of 1.121 billion speakers worldwide. English is the international language of business, which makes it fitting to include the language in the list of languages of the future for business, trade, commerce, negotiations and communication.

Final Thoughts  on the Languages of the Future

Now that you have an idea of what the future languages will be, it is up to you to consider which ones are going to be very beneficial to your career or business. There are predictions that with constant use, these languages of the future will be less complicated and perhaps less formal due to globalization. While nothing is definite, some changes in a language or languages are likely to occur.

Whatever languages will dominate in the future, we ensure you that Day Translations, Inc. will be there for you. We’ll continue to serve your language services requirements. Trust Day Translations to provide you with the most accurate and high-quality translations from professional translators who are all native speakers and living in-country. We work with more than 100 language pairs so you have the assurance that whatever language pair you need, we’ve got you covered. Moreover, you do not have to fear that you’re going to miss any deadline, as we are open 24 hours a day, seven days a week and 365 days a year. You can easily contact us through 1-800-969-6853 or send us an email at Contact us.. 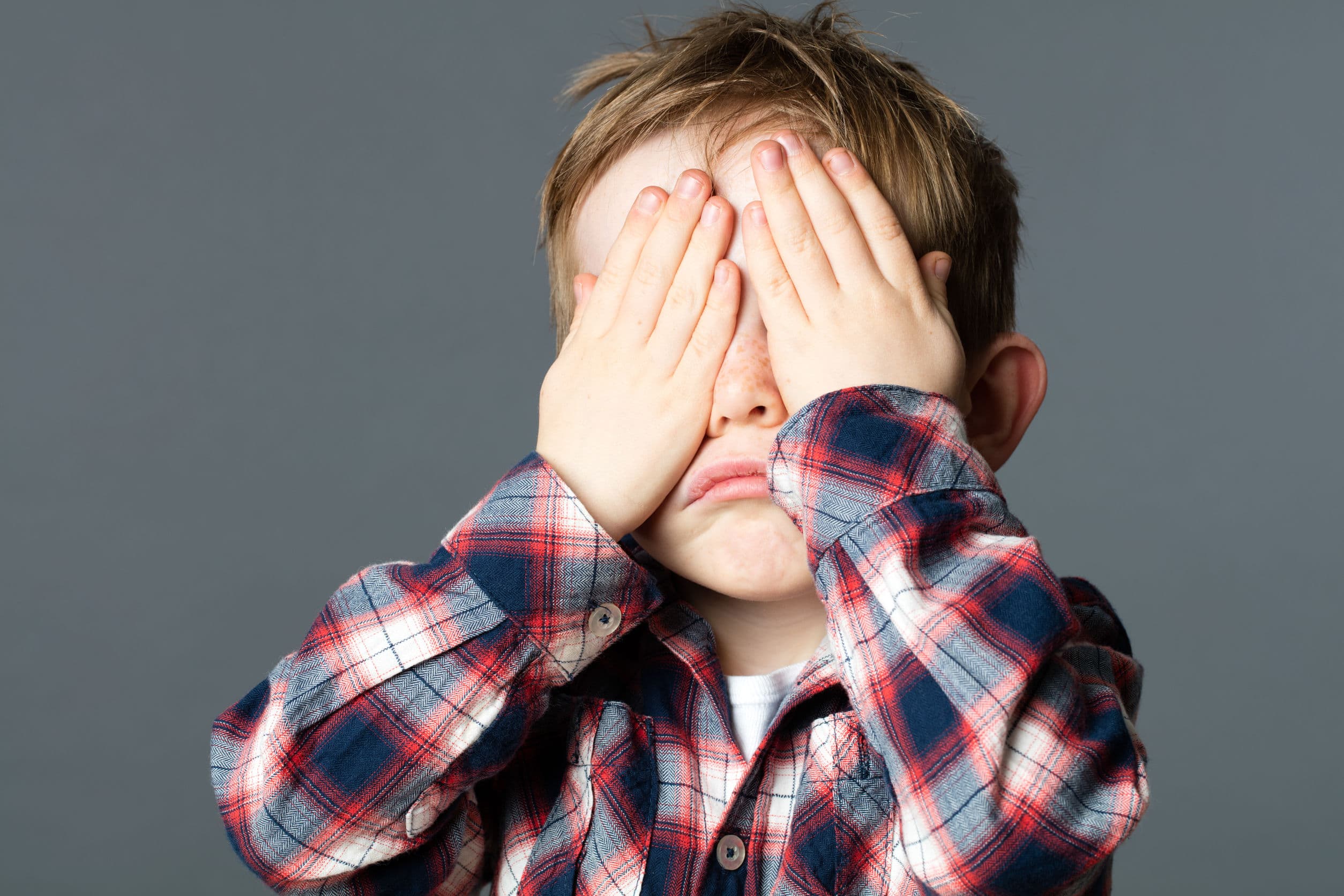 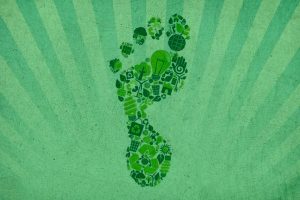