The Japanese gaming industry has touched many aspects of life around the world. Many people worldwide were exposed and grew up with Japanese video games and cartoons.

The Japanese gaming industry started around the latter part of the 60s and early part of the 70s. Several gaming development companies made it big in Japan, including Nintendo, Sega, Sony Computer Entertainment, Taito, Capcom, Konami, Namco, Square Enix, SNK and NEC.

While the situation today in the gaming industry is different from the past, the influence of the Japanese game creators extends to the rest of the world. Super Mario, Pac-Man and Sonic the Hedgehog are still some of the most influential among the early editions, affecting the direction of the games industry worldwide.

Japan was not the first to invent video games, but when they did, they embraced it with such dedication and passion. Video game expert Blake J. Harris, who authored Console Wars, said that without Japan’s contributions, the video game industry would not be what it’s like today.

The country not only created video games. The Japanese also created software, hardware controllers and even the gaming culture, which greatly influenced console gaming.

No one can deny that Japan produced some of the most iconic games ever created. It is such a well-developed industry and the Japanese remains one of the top gameplay designers. Their approach to game making is one of the best (if not the best) and their games, such as Super Mario, Street Fighter and Resident Evil continue to inspire game designers all over the world.

The Japanese games with the most cultural themes are numerous, with the ten games listed here some of the most iconic.

This game was created by Shigeru Miyamoto of Nintendo. Super Mario was introduced in 1980 as a foil to Donkey Kong. Initially, it was called Jumpman. Mario and Luigi later featured in their own game, Super Mario Bros.

Created by Tomohiro Nishikado and released in 1978.

This is one of the most iconic among the Japanese games. Toru Iwatani created the game in 1980. It seemed like a simple game with a yellow chomping orb eating dots while avoiding pursuing ghosts. Pac-Man is deceptive as its gameplay is quite deep.

The game was created by Satoshi Tajiri, an avid insect collector. The game made its first appearance in 1995. Pokémon awakens the adventuring spirit of its users. The fact that the characters are lovable and the design is engaging are factors that contribute to its enduring appeal, creating a huge empire that includes card games, toy lines, anime series as well as full-length feature films.

Legend of Zelda is also a creation of Shigeru Miyamoto. It is not as popular as Super Mario Bros. but it was outstanding for its quality. Many consider it as one of the best games ever made.

The game is about Ryu, a karate fighter who travels the world to test his fighting skills. It was created by Capcom in 1987. It became a phenomenon in the 90s and continues to be a hit until today.

The original version was created by Yuji Naka. It’s a game created by Sega to counter Super Mario. Sonic the Hedgehog is known for its attitude and speed but the recent releases have lost their appeal.

FF is a Japanese role-playing game (JRPG), which recently released its 14th edition. The Japanese game creators are known for their unique approach to game creation and development and Final Fantasy is one of the finest examples. It was created by Hironobu Sakaguchi in 1987. It has branched out into different genres, including films, manga, novels and anime. Each release offers a standalone story. It’s one of the bestselling video games worldwide and is known for its photorealistic characters, full motion videos and music scores, which are composed by famed video game music composer, Nobuo Uematsu.

RE is a sci-fi action and horror game focused on survival. It was created by Tokuro Fujiwara and Shinji Mikami and released in 2002. The games in the series are well received, with Resident Evil 4 still considered as one of the best. The franchise includes various merchandise, audio dramas, novels, comic books, animated films and live action films. It’s called Biohazard in Japan.

This is another survival horror game published by Konami. It’s a single player game initially released in 1999. The video game enjoyed huge commercial success and was named by Time as one of the 100 greatest video games of all time in 2012.

One great feature of the must successull japanese video games is how they localize their products. Created in Japan, they must recreate menus, instructions, dialogues, even the instructions on the console and digital downloads to other languages. Localization in video games is a great resource to start understanding how the japanese videogames are not only translated but localized, making them easier to market them in foreign markets.

Effects of the Japanese Gaming Industry

Even if you are not an avid gamer, you cannot help but be aware of Japanese games and Japanese animation because of their popularity among children, young people and even adults. The Japanese gaming industry has affected several aspects in society and wherever you go, you can feel the industry’s influence.

Video games offer positive benefits to education because many games have clear goals, multiple goal structures, adjustable and flexible levels of difficulty, scoring systems, element of surprise as well as a bit of fantasy that are helpful to the education system. Simulation games allow students to observe actions and reactions, see new phenomena and learn how to function in society through a virtual environment.

The Japanese gaming industry has produced so many video-related products that are available almost everywhere. As a form of entertainment, it overshadowed television viewing. As a result, TV stations have to offer other programs to recapture their lost audience. It led to the production of many animated programs that are spin-offs of popular video games such as Q*Bert, Pole Position, The Legend of Zelda and The Super Mario Bros. Super Show, Pokémon and a lot more.

Film adaptations of several video games boosted the exposure of these games, increasing consumer awareness for the games and developing new audience bases. The live action version of Mortal Kombat for example, which was released in 1995, grossed more the $70 million. In 2001, the top rank in the box office was occupied by Lara Croft: Tomb Raider when it was released.

Releases of anticipated video games are sometimes timed during the release of major films. For example, Iron Man faced off with Grand Theft Auto IV. If you only look at the sales figures, you’re likely to believe that the video game earned more than the Iron Man movie. However, a video game is more expensive than the price of a movie ticket, so sales figures can be deceiving.

However, when it comes to production, films and major video games cost almost the same to produce. Both include actors, directors and music scores. Games need game designers as well.

Since video games were released as arcade games, music has become a part of the game. In the early days, players only hear computer beeps. Later theme songs were created for the games. Sony PlayStation, Sega Saturn and Nintendo 64 started the trend of sample audio clips for video games.

Several rock bands have become more popular for recording tracks for video games and in Japan, there is even a band that only performs covers of popular music from video games.

It may be a controversial topic, as some critics do not consider video game art as an art form. However, there is no denying that the creativity of the artists creating the characters and the backgrounds, as well as the digital artists that make them come to life has created a new visual art form. It is an industry sector that continues to grow as the requirements for game creation and development becomes more complex.

It is undeniable that from providing a simple form of entertainment, the Japanese gaming industry has exerted a major influence in society and different industry sectors, turning it into a multimillion-dollar industry that provides employment for creative people worldwide.

Avail of Japanese Translation at Its Best – Contact Us!

Japanese is not a simple language to translate. It is complex and uses a different grammatical structure. It takes more processes to translate Japanese into English for example or English to Japanese. It’s one reason why you need to choose a professional Japanese language translation company like Day Translations, Inc. We give you the assurance that you will get only high quality and accurate Japanese translation, as our Japanese translators are native speakers and live in-country.

Whenever you need Japanese language translation, give Day Translations, Inc. a call at 1-800-969-6853 or send us an email at Contact us. We value your time and your need for quick turnarounds, which is why we are open 24/7, every day of the year. 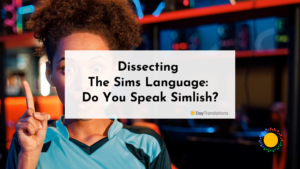 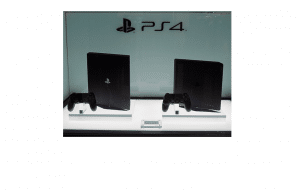 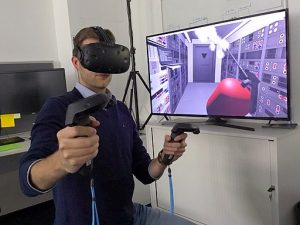