Today, February 21, is International Mother Language Day, a worldwide observance to promote multilingualism and awareness of cultural and linguistic diversity. It honors the language that young ones learn from their parents, the first language a child learns, which is formally categorized as L1. Other terms used for mother language are mother tongue, native language or first language.

The United Nations Educational, Scientific and Cultural Organization (UNESCO) chooses a theme for the annual celebration of International Mother Language Day. This year, the theme is ”Towards Sustainable Futures through Multilingual Education.” For the launch of this year’s theme, UNESCO Director-General Irina Bokova appeals for the worldwide acknowledgement of multilingual education in various fronts – trade, cyberspace, media, cultural expressions, and in administrative and education systems.

In the press statement, the Director-General said that learners must have access to education not only in their first language but in other languages as well. She added that the mastery of a child’s mother tongue is the point when basic skills in writing, numeracy and reading are gained. Sustainable futures are promoted through the use of local languages, particularly indigenous and minority languages. They play a big part in the transfer of traditional knowledge, values and culture.

UNESCO suggests many ways to commemorate the special day with various activities. For school children, past events included scavenger hunts to teach world cultures and languages and language mapping of students’ mother tongues. Other activities include encouraging students to show fellow students how their language is spoken, singing and recitation of stories and poetry in their native language and other school programs where the students’ first language will be given emphasis. University students previously held debates, writing and reading competitions in their native language and had film showings, music and plays shown in their original languages.

UNESCO proclaimed February 21 as the International Mother Language Day in November 1999. Since February 2000, it has become an annual observation to promote multilingualism and cultural and linguistic diversity.

Do you know the reason for the commemoration?

It was originally meant to commemorate the Language Movement Day, a special day celebrated in Bangladesh (previously East Pakistan) since 1952. That year, several students from the University of Dhaka were demonstrating to have the Bangla (Bengali) language recognized as one of the two  national languages of Pakistan. Jabbar, Rafique, Barkat and Salaam were the students that perished in the one-sided assault of the university students by the joint forces of the Pakistani police and army. Those brave students, who have been annually honored since 1952 for their unique fight for their mother , are called Bhasha Divas. A national monument in their honor, the Shaheed Minar (Martyr Monument) was erected in Dhaka, Bangladesh. It is decorated with thousands of flowers each year.

A Language Martyrs’ Monument can also be found at Ikebukoro Park in Tokyo, Japan. Other places where a similar monument was erected include Italy, the United Kingdom and the United States.

Language is a very important tool for communication and for exchanging emotions, feelings and ideas. The mother language is the core and signature of one’s culture, thus it needs to be preserved.

Day Translations promotes multilingualism and cultural and linguistic diversity, thus we wish each and every one: 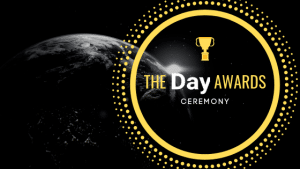 bySean Patrick Hopwood -
0
2
1k
Translators worldwide, brace yourselves for the first Day Awards on September 30, 2019. It’s an auspicious day because it is...

Language News
How to Practice Spanish Before Studying Abroad in Spain

byGuest Blog -
0
8
4k
Spain is a beautiful place–a storied country of stone castles, snow-capped mountains, vast monuments, and sophisticated cities! And if you’ 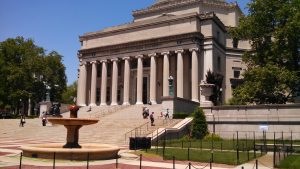 byBrian Oaster -
0
4
3k
The demand for foreign language learning is higher in America than it has been since the sixties. So, why isn’t...
View All Topics