Why Humor Is The Hardest Thing To Translate

What is it that makes us laugh and why? We all need a bit of humor in our lives. But understanding how to get it isn’t so simple. It’s a difficult question with an array of vague explanations but no single definitive answer. In order to really underpin the complexity of defining what’s funny and what’s not, one needs only examine just how poorly humor often fairs in foreign lands. Here is a step-by-step explanation on why humor is the single hardest thing to translate to a different language.

Your Cultural Makeup Defines Your Sense Of Humor

It’s difficult to determine whether it’s the weather, the political climate, national history, or any combination of each that leads to cultural norms. But the one thing that’s for sure is that these cultural norms tend to imprint themselves onto a people’s collective sense of humor. Ask your average Englishman his thoughts on American humor and the chances are he’ll scoff at its lack of subtlety. Ask the same question to an American of British humor and he’ll say it’s too dry and lacks punchlines. Neither the American nor the Englishman can fathom how the other manages to laugh at what seems to them to be unbearably boring and uninteresting jokes. And that’s between two countries that both speak English! Now add on a language barrier and try to imagine how many people will be laughing at your favorite jokes.

Language encompasses far more than just the words we speak. Language is also the way we say those words. It’s the inflection and volume of our voices and how we use our bodies in conjunction with what we’re saying. And all of this imprints itself onto our respective cultures. Latino languages, and thus, Latino cultures, for example, are demonstratively more physically expressive than most English speaking cultures. Ask your average South American about his favorite football (soccer) team and he or she will go off on an elaborate tangent full of animated gesticulation. Ask your average American about his or her favorite American Football team and you might get a similar degree of yelling but far less use of the hands. Similarly, if you look at what kind of humor is popular in Latino countries, you’ll notice a larger degree of slapstick compared to English speaking countries that depend more on subtlety.

Humans tend to use humor as a means of making light of controversial topics. Comedians always argue that we need humor to help us move past difficult times. But one cannot enjoy the escape without having experienced the hard times. Without the necessary background on the joke, the audience misses out on the gravity of the punchline and the humor is effectively lost. Moreover, there’s always the tension with regards to who has the right to laugh at what. Foreigners laughing at jokes over tragedies that do not involve them can be problematic. These points of tension also blur the lines between what’s laughable and what’s not.

Wordplay Is Crucial To Many Jokes

Of course, the most obvious challenge is in the words themselves. Particularly in English, a popular subgenre of comedy is dry humor, in which there’s practically no physical expression, leaving all of the humor of the joke to the actual words, and sometimes the pronunciation of the words. The joke can often be so dependent on the wordplay of the original language that it’s just simply impossible to translate. But in many cases, translators have mastered the art of getting around these challenges by tapping into local expressions from the language to which they are translating.

Do you know of any jokes you’ve heard in movies that didn’t translate correctly to other languages, whether it was in the subtitles or a poorly translated dub? Let us know in the comments section below.

Matt Dancis writes for Language Trainers, a language tutoring company that specializes in business language. Language Trainers teaches any language, anytime, anywhere. It has native speaking instructors throughout the world who give customizable private or small group classes either in person or on Skype. Take one of their free language level tests. Matt is from Philadelphia and has spent the past several years living in Argentina and Colombia, splitting his time between writing and teaching English. To contact Matt with any questions, email him at matt@languagetrainers.com. 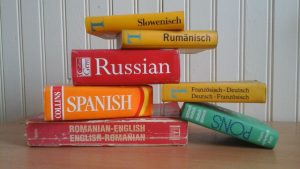 byGuest Blog -
0
5
11k
Being a translator can be a lucrative job. Whether you are looking to become a translator to make a little... 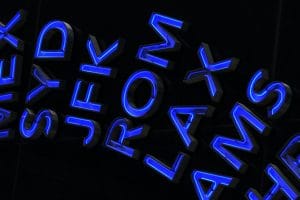 Translation
What is Human Translation and Why is it Important?

byBernadine Racoma -
2
7
13k
By definition, translation is the process of changing written text created in one language into another language. It does involve...

byDenise Recalde -
0
0
5k
Many innovations involving machine translation have popped up on the scene of late. On the market today, you’ll find pens... 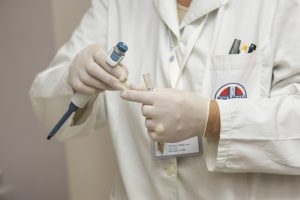 byDenise Recalde -
0
4
7k
When a translator has to contend with translating medical documents, he or she must translate special collocations, idiomatic expressions, connotation
View All Topics