Information about the Swedish Flag: Colors and Meaning of the Flag of Sweden

The Kingdom of Sweden, located in the eastern section of the Scandinavian Peninsula is bordered by Finland and Norway as well as the Baltic Sea and the North Sea. In Swedish, the official name of the country is Konungariket Sverige. Stockholm is the capital of Sweden. One of its national symbols, its flag displays a Scandinavian cross in yellow over a sky blue field.

It is believed that the design of Sweden’s flag has been in effect since the reign of King John III in 1569. This means that the flag’s design was already in used long before the king’s reign. It is thought to have been in use as early as 1521. It was inspired by the 1442 Coat of Arms of the country, which has three yellow crowns over a background of blue. The Coat of Arms of Sweden was created in the 15th century during the reign of King Charles Knutsson. It was based on the flag of Denmark for its Scandinavian cross that is positioned off center. It was adopted as the national flag on June 22, 1906.

The national colors of the country of Sweden have traditionally been yellow or gold and blue and these colors are used on the country’s flag. The flag, with a 5:8 ratio uses a sky blue field on which an off-centered Scandinavian cross in yellow or gold color is superimposed. The vertical arms of the cross are placed more to the hoist side of the flag, with its horizontal section dividing the flag in half. The cross creates two blue square sections on the hoist side and two rectangular sections on its flying side.

The meaning of the Swedish flag colors is quite simple. The blue represents justice, loyalty, truth, vigilance and perseverance. The yellow or gold color used on the cross is a representation of generosity. 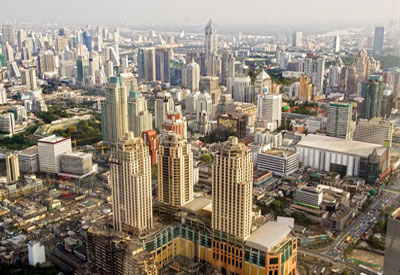