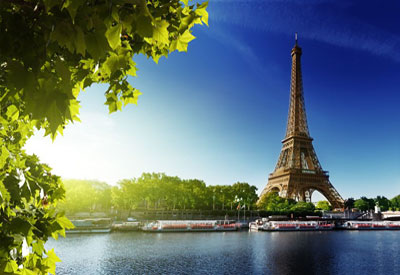 France is the most visited country in the world, receiving 82 million foreign tourists annually.

France lies on the western edge of the continent of Europe and it is the second-largest country on the continent. France is bounded on the North by the North Sea and Belgium, it shares borders with Luxembourg, Germany, on the East with Switzerland, Italy Monaco, on the South West with Andorra, and Spain. Due to its overseas departments, France shares land borders with Brazil and Suriname (bordering French Guiana), and the Netherlands Antilles (bordering Saint-Martin).

France is linked to the United Kingdom by the Channel Tunnel, which passes underneath the English Channel. Being one of the world’s top economic powers, France has been one of the top host countries of foreign investment for years. Every year, around 630 foreign investment projects are launched in France. Some 20,000 international companies have already chosen for France as their business destination.

Although ultimately a victor in World Wars I and II, France suffered extensive losses in its empire, wealth, manpower, and rank as a dominant nation-state. Nevertheless, France today is one of the most modern countries in the world and is a leader among European nations. Since 1958, it has constructed a hybrid presidential-parliamentary governing system resistant to the instabilities experienced in earlier more purely parliamentary administrations. In recent years, its reconciliation and cooperation with Germany have proved central to the economic integration of Europe, including the introduction of a common exchange currency, the euro, in January 1999. At present, France is at the forefront of efforts to develop the EU’s military capabilities to supplement progress toward an EU foreign policy.

Martinique: Caribbean, island between the Caribbean Sea and North Atlantic Ocean, north of Trinidad and Tobago.

Area – comparative: slightly less than the size of Texas