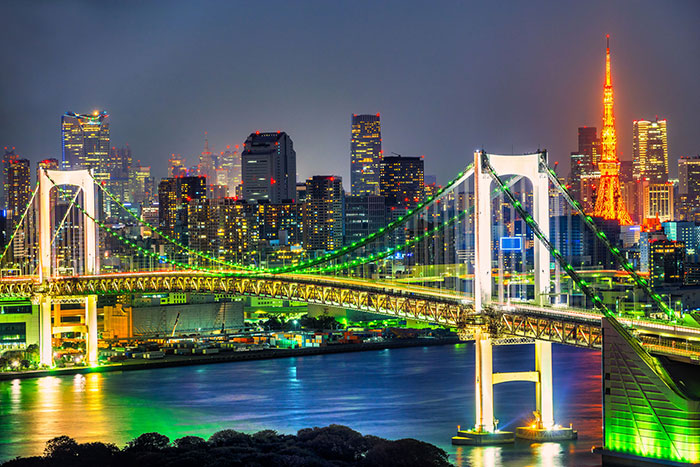 Tokyo, the capital of Japan and is one of the world’s most commercial and busiest cities and a prime destination for tourists. In was previously called Edo before 1868. In the 16th century it was a small castle town before Tokugawa Ieyasu turned it into the center of his feudal government in 1603, while the country capital was located at Kyoto. During the 1868 Meiji Restoration, the capital was moved to Edo, which was given the name of Tokyo, which translates to “Eastern Capital.” Major parts of Tokyo were destroyed during the 1923 Great Kanto Earthquake and in the air raids during WWII.

Now Tokyo is one of the most developed locations in Japan, with almost unlimited choices for shopping, dining, culture and entertainment. It’s got plenty of lounges and bars, grand shopping arcades, major industries and tall skyscrapers. Still, despite it ultra-modernity, you can still see traces of its tradition and culture, in its museums, ryokans or guesthouses and shrines and historic temples. It’s got beautiful green spaces as well, which are particularly attractive come autumn, with their varied colors.

Tokyo presents so many facets, from the traditional to the latest trends and visitors to the city could have a culture shock or embrace everything with an open mind, because there are so many quirky, weird, entertaining and fun things to see and do in Tokyo.

First let us take a look at language. English is not widely spoken in Tokyo, although locals are extremely helpful. While Japanese or Nihongo is the official language, modern Tokyo has its own Tokyo dialect, which is called Tōkyō-go, Tōkyō-ben or Tōkyō hōgen. The Tokyo dialect is considered as the standard Japanese. However, it also differs from the standard Japanese that is spoken by several societal classes in other areas.

In downtown Tokyo there used to be two groups of traditional dialects: the Shimatachi dialect and the Yamanote dialect. The latter was where the standard Japanese was based during the Meiji period and was spoken by the old upper class people from the area where it got its name.

The dialect of the working class is the Shitamachi dialect, which preserved the feature of the Edo Chōninspeech, therefore it was also called the Edo dialect. A good comparison that illustrates the difference between the two dialects is to compare Cockney English and British Received Pronunciation (British accent), both of which are used in very particular areas in London.

The traditional Tokyo dialects are almost obscured by the standard Japanese that people in Tokyo use today, with the previous distinctions between the Yamanote and Shitamachi almost non-existent. Still, the Tokyo dialect continues to evolve, as many people still come to Tokyo from other regions of Japan.

But for foreigners who do not speak Japanese, the language barrier is still a big hurdle. Tokyo is a crowded city, which is home to 12.5 million people and while the city is a favorite destination in Japan, shop names, menus and signs are not tourist-friendly. They are all written in Japanese. If you must ask for directions, the best thing to do is to ask the younger people because they have studied English in school. Here’s a trick – write down your questions in English, and you are likely to get a good answer because the emphasis in schools is on written English.

If you are having problems with the oral language, you will have more problems with the written Japanese language, which is a combination of hiragana, katakana and kanji. Japanese language existed only in oral form and later borrowed Chinese characters (kanji), which became the basis of their own written symbols – hiragana for words not written in kanji, and katakana that is used for foreign words. While some of the Japanese and Chinese characters might have the same pictographs, which both parties may recognize, the Japanese and Chinese would not be able to verbally communicate.

One good thing to know is that about 20 percent of the modern Japanese language is peppered with English words, like terebi (television), rajio (radio), konbini (convenience store) and koohi (coffee). Here are a few more examples of gairaigo or Japanese words that were based on foreign languages that you will probably hear when you’re in Tokyo, which are often mistaken for English words. When you think about it, they do sound like slang-ish English:

But then again, hopefully you will keep your laughter to yourself when you see some of the written English in Tokyo. You are likely to find many English words that are either used in unusual context (always a guessing game) or see them delightfully misspelled.

You’ve just had a quick glimpse of what makes Tokyo such a fun yet quirky and at times, weird place. Plan to visit Tokyo on your next vacation.

Would you consider visiting Tokyo? We would love to hear what you have to say. Please leave your comments below. 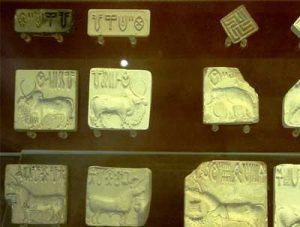 byBernadine Racoma -
0
19
2k
Archaeologists and linguists have long been frustrated and fascinated by the Indus Script, which until now remains undeciphered. Had the... 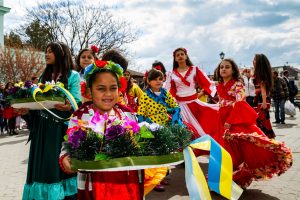 byBernadine Racoma -
0
0
2k
In the Awareness series of the United Nations, April 8 is declared as International Romani Day, to celebrate their culture...

byBernadine Racoma -
0
0
3k
Graffiti has been in existence since the old times with its examples traced to the Ancient Egypt period. More examples... 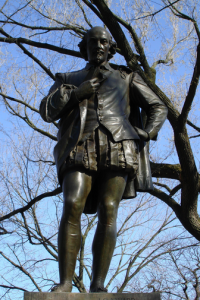 Arts and Culture
William Shakespeare: His Influence in the English Language

byBernadine Racoma -
2
30
18k
There is no doubt that William Shakespeare had a great influence not only in theater and films and other poets...
View All Topics