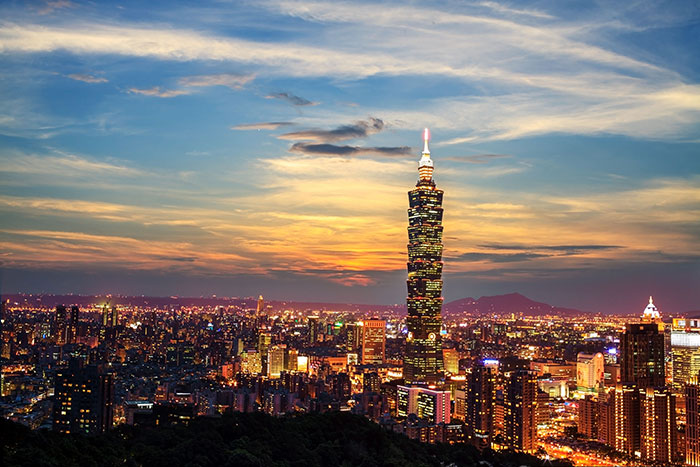 Taipei – A Modern City with Many Eccentricities

The name Taipei in the Chinese language translates to “Northern Tai” because it is in the northern region of the island of Taiwan. Its official name is Taipei City. Taiwan on the other hand used to be called Ilha Formosa, a name given to the beautiful island by the Portuguese who first saw the island.

Taipei is a 300-year old city that is now getting recognition worldwide. It is the capital of Taiwan, a city of contrasts, with its vibrant yet unhurried lifestyle. It has become accepted that they are better because of the Western, Japanese and Chinese influences in its architecture, folk arts, culture and food.

Taipei is a pioneering and economically viable city, a transportation hub in East Asia and is one of the world’s leaders in information technology and electronics manufacturing. It is highly ranked in terms of human development, economic freedom, public educations, health care and freedom of the press.

It’s a city that offers many things to many people. You can ride an MRT to visit colonial towns, river parks, a national park, hot springs and vast areas planted with tea. The city itself has a mix of modern steel-and-glass high rises and Minnan-style temples, boutique centers and gourmet cafés lining areas that were formerly heritage lanes, and thousands of colorful neon lights providing nighttime colors to several neighborhoods.

The main inhabitants of Taipei were the Ketagalan plains aborigines prior to the arrival of large numbers of Han Chinese immigrants from China, which increased further in the 18th century during the rule of the Qing Dynasty.

When Taiwan became a colony of Imperial Japan in 1895, Taipei was named as the country’s capital, administered by the Taihoku Prefecture of Japan. With the massive urban planning and the construction of an extensive railroad network by the Japanese government, many of the landmarks in Taipei today are examples of that period in the city’s history.

You cannot talk about Taipei without mentioning the country, Taiwan. So in terms of language, we have to say that the country’s official language is Standard Chinese, which is often referred to as Mandarin, Putonghua or Guoyu, which also happens to be the only official language in China. As of the latest count, there are 848 million native speakers of Mandarin. It is one of the official languages in Singapore, the Wa State in Myanmar and the United Nations. Moreover, it is an official language of the Shanghai Cooperation Organization (SCO), which comprises Uzbekistan, Tajikistan, Russia, Kyrgyzstan, Kazakhstan and China. Taiwan also recognizes four regional dialects, namely the Fuzhou dialect, the Formosan languages, Hakka and Taiwanese Hokkien.

About 70 percent of the population speak Taiwanese Hokkien or simply, Taiwanese. This is the language that is popularly used in Taiwan’s entertainment and media sectors. Hakka on the other hand is spoken by 30.1 million native speakers, mainly the Han people in Hong Kong, Taiwan, Malaysia, Thailand, in the Eastern Guangdong province as well as in the neighboring areas in Jiangxi and Fujian provinces in China. Due to the presence of Taiwanese communities in the Tokyo-Yokohama Metropolitan Area, Hakka has also invaded Japan. At the same time, Hakka is spoken in many places where Hakka-speaking Chinese people settled, including Vietnam, India, South Africa, Suriname, Mauritius, Indonesia and Singapore.

The indigenous peoples of Taiwan, representing about two percent of the population, still speak the Formosan dialects, which have 10 subdivisions. These aboriginal languages are very important in historical linguistics because it is believed that in its entirety, the Austronesian language family originated from Taiwan.

There are still about 10 million people across the globe that speak the Fuzhou dialect as their mother tongue. Fuzhou is spoken in Fuzhou in the People’s Republic of China (PRC), in Matsu Islands (ROC), in Ayer Tawar, Sitiawan, Yong Peng, Bintulu, Sarikei, Miri and Sibu (Malaysia), in Mab Ammarit, Lamae, Nabon and Chandi Town (Thailand), in Indonesia and Singapore, as well as in various communities in Southeast Asia and in New York City’s Chinatowns.

Historically speaking, the population of Taiwan consisted mainly of the Han Chinese and the indigenous people of Taiwan beginning in the 17th century. Linguistically the people spoke a blend of the indigenous languages together with Hakka and Hokkien. Everything changed when the Japanese invaded Taiwan in 1895. The Japanese insisted on encompassing educational reforms, which included the use of Japanese as the medium of instruction in all school levels. Taiwan was a dependency of Imperial Japan from 1895 to 1945, which means that the only language (at least officially) allowed to be spoken in Taiwan for 50 years was Japanese. Therefore, people born before 1945 who are still living are still fluent in Japanese and only spoke Taiwanese as a dialect.

During the Chinese Civil War in the 1940s, there was a massive exodus of Chinese elite from China into Taiwan, bringing with them Mandarin Chinese, which started to encroach into the lives of the Taiwanese. Although the language was not official during that period, everything changed when the Kuomintang (KMT) Party made Mandarin the official language of Taiwan in 1945.

Still, in the southern part of Taiwan, it is Hokkien or Taiwanese, which is the default language of the residents, particularly those living in Chiayi and Tainan. It might change in a few years, since many words and phrases used in Taiwan’s version of Mandarin are already influenced by Hokkien or the Taiwanese language.

Surprisingly, Mandarin spoken in Mainland China and the version in Taiwan are mutually intelligible, varying only in some vocabulary and pronunciation of some words. With the freedom that Taiwanese people enjoy, they are free to use whatever Chinese language or dialect they choose. Likewise, many of the younger generation are English speakers. While some of the indigenous languages have become extinct, the Taiwanese government and its citizens are making conservation efforts to save the remaining dialects.

Within Taiwan and encircling the city of Taipei is New Taipei City, which is now the country’s most populous city. It used to be called Taipei County until 2010. When its population overtook that of Taipei’s, the council decided to recognize it as a city. Since Taipei translates to Northern Tai, the first name chosen was New North City. Due to public opinion, it was later decided to render its English name as New Taipei City. The current estimated population is 3.9 million, with most of them speaking Hakka or Taiwanese.

There are several hotels in Taipei that have become favorite hangouts of Asian and international celebrities.

Come and visit scintillating Taipei, where you can find and experience a mixed cultural brew that will leave you fascinated enough to come back for more.

Have you been to Taipei? Or perhaps you have interesting information to share about the place? Tell us about your experience.

Arts and Culture
The Linguistic Diversity in Papua New Guinea

bySean Patrick Hopwood -
0
3
3k
The Independent State of Papua New Guinea, located in Oceania, is one of the most linguistically diverse countries in...

byDay Translations -
0
2
2k
America celebrates Thanksgiving Day every fourth Thursday in November. It is a traditional holiday celebrated with family and friends, a... 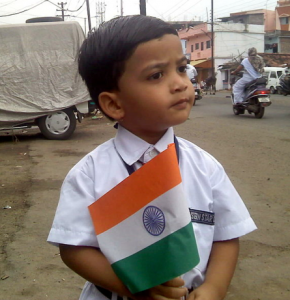 byBernadine Racoma -
0
6
3k
“Long years ago, we made a tryst with destiny and now the time comes when we shall redeem our pledge…...

byBernadine Racoma -
2
6
3k
The most important among the Chinese holidays is the Lunar New Year or Chinese New Year. Celebrated in Chinese communities...
View All Topics