The Minions’ language is a combination of French, Spanish, English… and food references 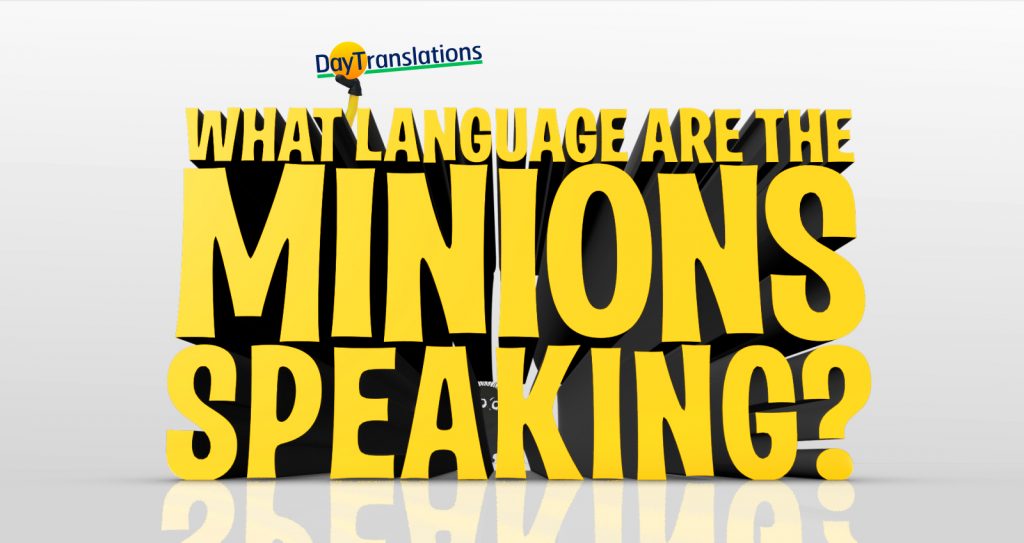 The lovable characters from “Despicable Me” are finally having their spin off movie. We’re all anxiously waiting for the premiere, yet, we still have to figure out the language that they speak. There’s a song by these little characters that has become a popular Dubsmash track. Many Minions quotes have also figured in popular Internet memes. Most of the words spoken or attributed to the Minions don’t make sense, though.

Well, compared to some pop songs of today, these lyrics could be just normal. Think Ring-ding-ding-ding-dingeringeding from the popular “What Does the Fox Say?” There’s some bit of onomatopoeia, a few comprehensible words in English, and a whole lot of nonsense. Still, the question remains: What language do the Minions speak? How do you understand them?

There’s nothing new about the introduction of invented languages in the movies. Star Trek producers hired a linguist to create the Klingon language. It’s the same with the Pakuni in the Land of the Lost and Na’vi in Avatar. Linguists were called in to develop them.

In the case of the Minions, the language is reportedly only a creation of the film’s directors, who are not linguists or language enthusiasts. The directors, Pierre Coffin and Chris Renaud, even dubbed the Minions’ voices in the Despicable Me films. In other words, Universal did not hire a linguist to invent Minion-speak. Most likely, they did not see the little yellow characters becoming popular and getting their own spin off movie.

What is Minions-speak officially called?

Production notes for the Despicable Me movie in 2013 describe the Minions language as plain gibberish mixed with random foreign words. On the notes, Coffin said that he mixed up ridiculous sounding words only because they sounded good but they don’t necessarily mean something. There is no official name for the language. Many from the press call it “Minionese” while there are those who call it the “Banana Language,” apparently in reference to the popular Minions song.

What are the notable features of the Minions language?

As mentioned, the Minions language is mostly unintelligible or barely intelligible talking with some words from the Spanish, French, Italian, Filipino, and other foreign languages. Many will also likely notice the presence of various words that refer to food. In the Minions song, there’s the banana and potato. The Minions were also heard saying “poulet tiki masala,” which is the French equivalent for “Indian chicken dish.” Demi-onomatopoeias (the use of words that emulate the sound of the things or events they represent) and intentionally mispronounced English words are also incorporated in the Minions language.

To “analyze” the notable features yourself, skim through the following examples of Minion-speak together with their counterpart words in English and some notes. These translations, by the way, are based on the translations provided by various websites and wiki pages. The producers of the film have not said anything official about the correct translations.

Again, these translations are not official. Perhaps some eager fans just tried looking for patterns or several fans agreed to designate translations for the different words that these translations appear to have become generally accepted. Maybe these fans have also observed certain patterns that the producers and directors of the Despicable Me and Minions movies failed to realize.

It’s safe to say that even the best language interpreters and certified translators cannot provide precise translations for Minion-speak. For now, it’s best to rely on what Minions director Pierre Coffin said about the language. Coffin calls the language silly and thinks it’s even funnier when the audience think that the Minions are really communicating with the gibberish they utter. In short, don’t overthink it.

What can you expect from the Minions language in the spin off Minions movie?

The Minions will still be dubbed by the same voices (Michael Keaton, Steve Coogan, and Geoffrey Rush). Based on the released trailers, the concept of the language will also be the same. There will be a lot of gibberish, many perceivable English or near-English words, and some foreign words. While you may not be able to come up with a precise translation, it will not be difficult to understand what the Minions are saying since there will be many visual cues as to what they try to mean. In one trailer, for example, a Minions on top of a Minions pyramid said “Ikot tara,” (Filipino for “Turn, let’s go”) and the Minions pyramid was made to turn.

It wouldn’t be surprising for the Minions language to eventually be defined and decided upon by the fans. After all, Universal Studios and the Minions directors apparently have no intentions of developing the language in the same way Avatar’s Na’vi and Star Trek’s Klingon were constructed. The language will likely grow as more Minions movies get released and as fans agree upon the interpretations or translations that should prevail.

Do you want to lend a hand in translating or interpreting the “Minionese” language? Keaton and his team may have borrowed a word or two from your language. Drop us a note on the comments section below if you happen to catch some Minion-speak words that you are able to comprehend.

byBernadine Racoma -
0
6
4k
The Internet is a seemingly infinite wealth of knowledge. The amount of information it can provide far exceeds the capacity... 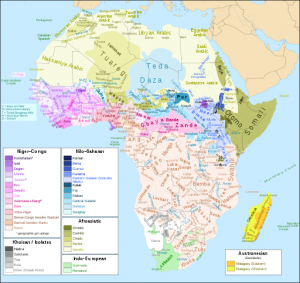 Languages
The Thousands of Languages in the African Continent

byDay Translations -
2
6
5k
It may be confusing when people talk about continents. The number of continents in the world depends on where you...
View All Topics