The Enduring Songs of Swedish Group ABBA in Mamma Mia 2

ABBA is a 1972 pop group from Stockholm, Sweden. It is composed of Agnetha Fältskog, Björn Ulvaeus, Benny Andersson, and Anni-Frid Lyngstad, and the first letter of their names were taken to create the name of the group.

ABBA became a commercial success based on the history of popular music. The group was always on top of the charts from 1974 to 1982 around the world. Among the Eurovision Song Contest participants, ABBA became the most successful. The group won the competition in 1974.

Worldwide, their records sold more than 500 million copies. Many accolades have been given to the Swedish pop quartet. Notably, ABBA is the first group from a country that does not traditionally speak English yet achieved success in English-speaking countries. Surprisingly, majority of the songs of ABBA are in English.

ABBA conquered the hearts of music lovers in the U.S., UK, South Africa, New Zealand, Australia, Canada and Ireland. The group was also successful in Latin America and released a collection of their greatest hits in Spanish. We’ll come back to this later.

In December 1982 the band disbanded.

The jukebox musical Mamma Mia! premiered at the Prince Edward Theatre in London on April 6, 1999. It was written by Catherine Johnson, a British playwright based on one of the hits songs of ABBA with the same name. It was composed of the group’s two members Benny Andersson and Björn Ulvaeus. Mamma Mia was a hit song of the group in 1975.

Aside from the title track, several songs of the Swedish group were included in the musical, such as SOS, Voulez-Vous, The Winner Takes it All, Money, Money, Money, Thank You for the Music, Take a Chance on Me, Knowing Me, Knowing You, Dancing Queen, Lay All Your Love on Me and Super Trouper.

The musical was seen by more than 60 million and since its debut in 1999, its worldwide gross earnings reached $2 billion. The musical is still being staged in London’s West End. The 14-year run of the Broadway version of the Mamma Mia! Musical officially ended in September 2015.

The musical was adapted into film that was released in 2008. It starred Meryl Streep, Colin Firth and Pierce Brosnan. Also in the cast were Amanda Seyfried, Julie Walters, Christine Baranski and Stellan Skarsgård.

On July 20, 2018 Universal Pictures released the prequel and a sequel of the jukebox musical. The movie is entitled, Mamma Mia! Here We Go Again, a romantic comedy that is a follow up to Mamma Mia! that was released in 2008. It is also called Mamma Mia 2. The plot covers the events after the first movie with flashbacks to the year 1979. The movie tells the story of the arrival in Kalokairi of Donna Sheridan and her first meeting with the three men who are possible fathers of Sophie, her daughter.

The cast includes many of the stars of the previous film, such as Amanda Seyfried, Pierce Brosnan, Christine Baranski, Meryl Streep, Colin Firth and Stellan Skarsgård. Also in the cast are Lily James, Julie Walters, Dominic Cooper, Cher and Andy Garcia.

About 22 songs of ABBA are included in the film and the its official soundtrack, including I Have a Dream, Knowing Me, Knowing You, Mamma Mia, Dancing Queen, Fernando, Thank You for the Music and Take a Chance on Me.

Funny translation of the songs of ABBA

Before we go to the more serious discussion about the translations of some of the songs of ABBA, it is widely acknowledged that many songs of the group were recorded in different languages,

But what is trending today is the funny translation of several songs included in the movie Mamma Mia! Here We Go Again. It is not an official translation but something that was cooked up by The Tonight Show host, Jimmy Fallon. It included the hits Dancing Queen, Take a Chance on Me and the movie’s title track, Mamma Mia.

Amanda Seyfried, who plays Sophie Sheridan, the main character, was on the show to promote the movie and Jimmy Fallon had the three ABBA songs translated into a different language and translated back into English using an online free translation tool, Google Translate. The results were quite hilarious, with Dancing Queen becoming Hula Prince, Take a Chance on Me turning into Steal My Sad Clock and Mamma Mia as My Mom Arrived.

Both Amanda and Jimmy took turns singing the songs, and had fun with the mangled lyrics. You can sing along as subtitles are included, showing the original lyrics as well as the mangled translation. You can view the video of said episode of The Tonight Show with Jimmy Fallon below:

While ABBA reached superstardom in many countries around the world, their album sales in Latin America were below expectations. It could be due to the songs being in English.

ABBA had a breakthrough in the region when the group recorded a compilation of their hits in Spanish. The album, released in 1980 was entitled Gracias Por La Música. It was a result of the dedication of two Argentinean music translators, Mary & Buddy McCluskey. The album was released in Australia and Japan and in several Spanish-speaking countries and enjoyed huge success.

The story of how they started the translations of the songs into Spanish and their involvement in the recording process is quite fascinating.

Gracias Por La Música or Thank You for the Music included 10 tracks:

Buddy and Mary McCluskey started with a vocal group and while working as a musical director for a TV program, started writing lyrics. Their first task was to translate into Spanish the musical Irma la Douce. Later they worked with several international artists such as Jermaine Jackson and Barry Manilow. They also worked with several artists from Europe, like Tomas Ledin and Bucks Fizz aside from ABBA. They worked the longest with Latin American artist Roberto Carlos who did recordings in Rio de Janeiro and New York.

Although they were a bit familiar with ABBA, the group was not known in the region, but they learned that their group was doing all right in Brazil. Buddy McCluskey recalled that he thought it would be a good idea to contact the group some time.

The met Stig Anderson, the founder of Polar Music and Hootennany Singers’ manager in 1978 when they were in Miami and Stig asked them why ABBA was not known in Latin America. They replied that it was because they do not record songs in Spanish and Stig said that while they were Swedish, they never recorded songs in their own language and instead used English.

Because they were the lyricists of Roberto Carlos, Stig thought that they might be able to help ABBA penetrate the Latin American market and they said they would choose the ABBA songs that they would like translated into Spanish.

The first one they translated was Chiquitita and it was released as a single. It became a number one hit immediately and the McCluskeys thought that it would be a great idea to release an album.

They had to coach Agnetha and Frida not only in the pronunciation but also in emphasizing the romantic message given in some parts of the song. They initially allowed the singers to sing the song by themselves to get a feel for it even if it was obvious that they do not understand what they were singing because they do not speak Spanish.

It was a laborious process but it yielded good results. ABBA was a dedicated group and they would stay in the studio and continue rehearsing or recording until they get it right.

Being translators, Buddy and Mary McCluskey were concerned about the proper pronunciation of the Spanish lyrics. But they also thought that it was important to make the lyrics easy and simple so the artists could pronounce them better. The Spanish lyrics were based on the original text but they made some modifications to ensure that the pronunciation would be easier. Once the two singers got the hang of pronouncing the lyrics properly, the recording went on smoothly.

The translators also decided to make the Spanish lyrics neutral so they could be understood by Spanish speakers in Spain, Argentina, Venezuela, Chile, Mexico and other Spanish-speaking countries. They avoided idioms that are only understood in specific countries and carefully deliberated on the titles of the songs, to ensure that they are catchy and clear.

The songs of ABBA have endured for 46 years. They have been inactive for the last 35 years but the interest in their songs is like the ebb and flow of the tide. It never fully disappeared. With the release of the new movie, the interest in ABBA surged again and the group decided to be active once again. It was announced on April 27, 2018 that they have already recorded two brand new songs. The first single, to be release in the last month of the year is called I Still Have Faith in You.

Enjoy the foreign songs you cherish in your own language by having them translated. Call Day Translations, Inc. to translate the lyrics of your favorite songs or add subtitles to your favorite music videos. Our professional human translators are fully trained and experienced in all types of translation. Give us a call at1-800-969-6853 or send us an email at Contact us. We are open 24/7, every day of the year for your convenience. 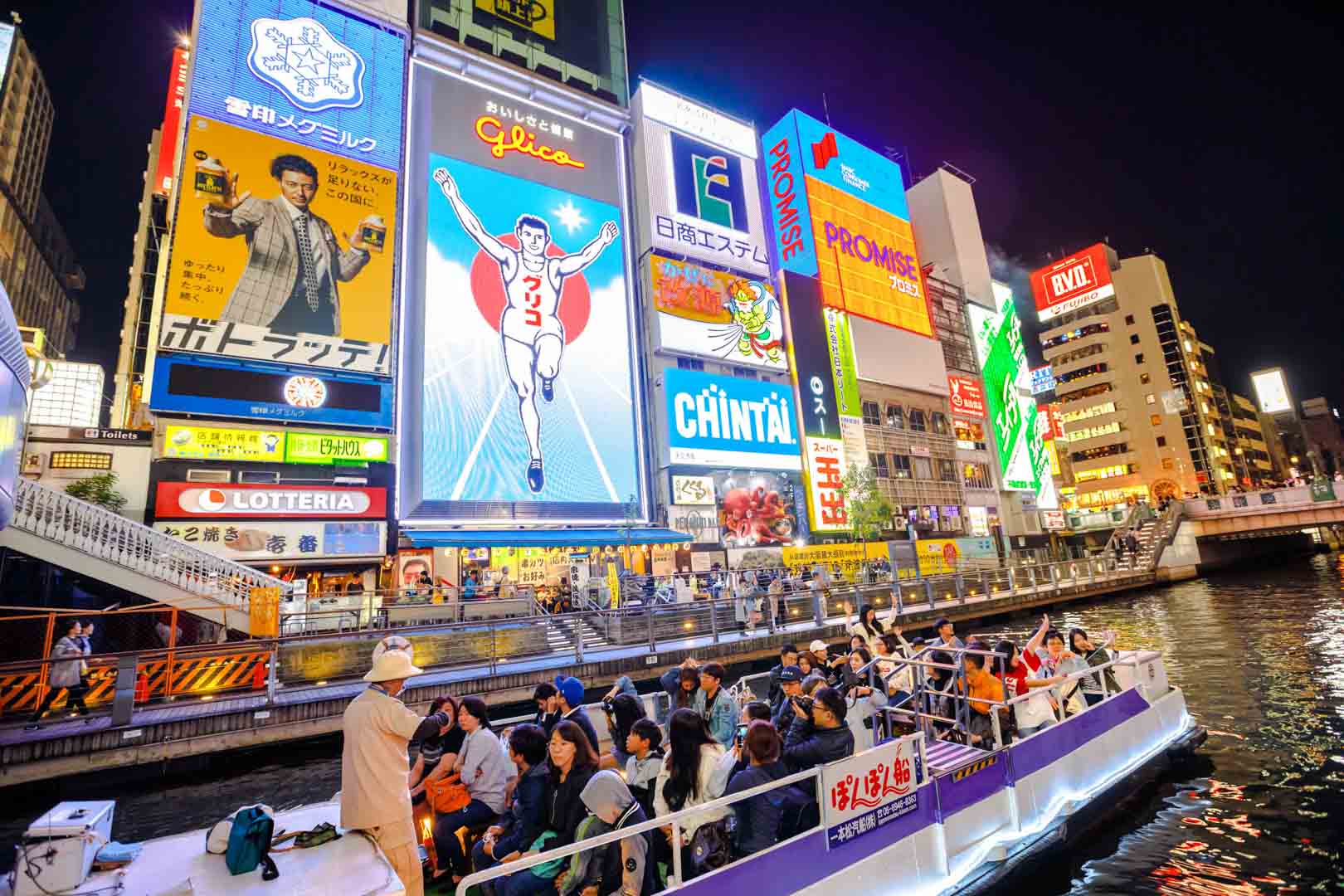 Localization for the Asian Market: A
Subtitling, Translation 5 Min Read 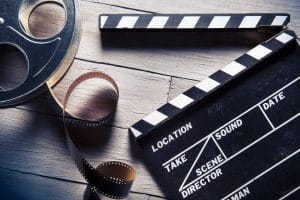 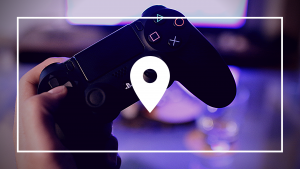