Localization for the Asian Market: A Big Challenge

Localization for the Asian market is slightly different and more challenging than other localization services. It is a big challenge because the cultural preferences in the region vary in several aspects. In some cases, for example, slogans for brands from the West are either adapted to local culture or left as is, depending on the acceptance of the market.

The major determinant for localization guidelines for the Asian market is extensive research. Translators have to carefully study the target audiences, as the cultural nuances may not be discernible if the local knowledge is lacking.

The success of your business in different markets in the world depends on how effective your localization is. Localization helps you expand your business. The translation process covers all information that should be available to the consuming public. This means your website, your marketing materials, your brand slogan, product information and other content.

Localization of brand or company slogan

Localizing the company slogan, which is one of the things that differentiate your business from others, is your chance to communicate what you want to say to the world. But localizing your slogan can be quite tricky, as the company has to carefully think about how it will resonate to the local customers. It’s because the Asian market has varied historical, linguistic and cultural backgrounds.

Localization of the brand slogan is the best way to create a favorable association of your company or product within the target markets. Several approaches can be utilized to ensure that a localized slogan can be used as a marketing tool effectively.

Most slogans are witty and catchy phrases. But often what works for the western markets are not applicable for the Asian markets. Company or brand slogans are carefully created so they come up as creative, witty and evocative of a particular feeling when customers see or read it.

Translators have to think of a way to make those creative slogans effective and acceptable to the local audience without losing its essence. When localizing for the Asian market, it is important to remember that direct translation is not the effective approach. Translators must have a deep understanding of the local culture and the way the consumers normally react to different messages, words and phrases. It requires more in-depth engagement between the company’s marketing people and the translators in order for the desired results to be achieved.

2.  Look for local experts in the target language

One of the major concerns of localization is to make the content available in the local language and you can ensure that you will be accurately translating the company’s content when you work with in-country linguists. They understand the local culture better and they are good sources of local knowledge, like how the target audiences react and think as they are local consumers themselves.

Translation for the Asian market goes beyond localization. For slogans, it is better to employ transcreation. It is a more suitable process for the translation of slogans. It is a combination of translation and creation. Transcreation is defined as the process of identifying the core message of the brand and communicating it more efficiently to the target consumers. Transcreation is more focused on transforming the company or brand slogan to evoke the desired association with the company through the clever translation of the slogan that will fit the target market better.

Transcreation of the slogan helps position the brand as an integral part of the local culture instead of just another foreign product being introduced in the local market. Once the target audience gets used to and imbibed the slogan and the message you want to say, increasing your business operations in the future within the local market will become easier.

4.  Do not forget to localize imagery and color

It is not only the text of your slogan that you should pay attention when you are localizing for the Asian market. The color and imagery that go together with your slogan should also be localized.

Colors and images evoke different meanings and in the Asian markets, they have deeper and stronger associations pertaining to images and colors. Ignoring them could be harmful to your brand or company as you may be considered insensitive.

For example, in Europe and North America, blue is identified with serenity, trust and masculinity. However, in China, the color blue is associated with femininity. If it difficult to rebuild the reputation of your brand after you have made a mistake. Therefore, research and local cultural knowledge is very vital in localization.

There will be times when you have to decide whether you have to localize your slogan. Your decision depends on the target audience and the target market you want to explore. Localization might not be needed if the new market you want to expand into has the same language and cultural values that you have. Still, remember that localization is one of the effective ways to establish a stronger association with foreign consumers who will be introduced to your brand for the first time and who do not share your own culture.

Deciding whether to localize or not

The common belief is that English is spoken everywhere. In Asia, English is spoken as well, but in different levels of proficiency, according to the data from Europeiska Ferieskolan (EF), which translates into European Holiday School. At the high level of proficiency are Singapore (66.03%), Malaysia (61.07%) and the Philippines (60.59%). In the moderate level are India, Hong Kong, South Korea and Vietnam, which are in the 52 to 59% mark. In the 49-50% mark or the low level are the countries of Taiwan, Japan, Indonesia, China, Macau, Bangladesh, Pakistan and Thailand. While the countries of Sri Lanka, Kazakhstan, Mongolia, Cambodia and Laos are in the very low level, representing 37-47%.

Despite knowing these statistical figures, it is important to acknowledge that you still have to localize your slogan and your content to fit the local markets in these countries to encourage patronage and loyalty. Remember that those who speak English in these countries belong to a different demographic sector, which does not fully represent the entire consuming public in the local market.

Thus, the decision of whether to localize or not should be on a case-to-case basis. Here are some examples why there is a need to localize your slogan as well as your content in two of the biggest markets in Asia: Japan and China.

First, let us look at the journey of McDonald’s into the Japanese market and how the company became successful.

In the 1970’s when it first entered Japan, it used the slogan, “Doing it with taste, McDonald’s” while they used the following slogans in the U.S. – You Deserve a Break Today, Get Down with Something Good and Two All-Beef Patties.

In the 80s they were promoting “Mac Tonight” in the U.S. while they used the following slogans in Japan: “The world’s language, McDonald’s.” “Tasty smile, McDonald’s” and “Just because…McDonald’s.”

The market for McDonald’s in the U.S. was already matured when the company first ventured into the Japanese market. So in the U.S. they were sending the message that McDonald’s is helping to make their lives easier. In Japan, their research indicated that the average consumption of beef by a Japanese person is about 6 grams a day. Their slogan was written to send the message that kids will grow stronger as a burger from McDonald’s gives them 45 grams of beef. Because of the local culture of bosses treating their staff to lunch, it also came up with the slogan that says it is more cost-effective to have lunch with the staff at McDonald’s.

Through localization, the company was able to stay entrenched into the local Japanese culture. It’s marketing and advertising thrusts in the local market also helped increase the beef consumption in Japan. After close to a half century of operating in Japan, local consumers assimilated the brand that it is now able to use global slogans without changing the local market’s perspective and patronage.

Japan is a unique market. While it can be very traditional, it is still a country that is always ready to accept what’s trendy, fashionable and even avant-garde.

Professional translators know that the Japanese have the tendency to look at foreign languages as mere decorations, thus, even if English is not understood, it is something trendy. There is a proliferation of foreign brands in Japan using their English slogans and several Japanese brands that have English slogans as well.

In China, the localization approach is different. For this market, foreign companies try to reinvent themselves. For example, AirBnB became Aibiying to make itself authentically Chinese, to capture the market and get them to patronize their products and services.

Although some companies resort to renaming themselves to penetrate the local Chinese market, it does not work for other companies. They have to find other means to stay competitive with the huge marketplace.

In the case of Clinique, there was no renaming but they used Chinese characters as substitute for the English letters and they ended with a something that does not mean and sound the same as the original. Clinique is China sounds like Qian Bi, which means bluish green or pretty.

Localization experts could use sound adaptation, like what Amazon did. The Chinese name sounded like Ya Ma Xun, which is the transliteration of the company’s name in English. This approach worked for Amazon because it already has strong brand recall worldwide therefore it worked even if the meaning of the local word/phrase is not related to the brand.

Some brands can also use meaning adaptation, in which case, the company name is translated into the local language. For example, General Motor’s Chinese name is Tong Yong Qi Che (General Motors).

Planning for Localization for the Asian Market

In the long process of planning for localization for the Asian market, it is critical for the project managers to thoroughly understand the target markets and the target audiences. Without the right cultural, demographic and linguistic knowledge, the localization will likely never reach its full potential.

Extensive local knowledge is needed before attempting to localize for the Asian market. At Day Translations, Inc. we have in-country localization specialists to ensure that they have a complete knowledge of the local market. They are native speakers and are subject matter experts as well. You are assured that your localization project is accurate and definitely adapted to the local culture. For your localization requirements for any part of Asia, contact Day Translations by phone at 1-800-969-6853 or send us an email at Contact us. Day Translations is open 24 hours a day, 7 days a week, 365 days a year so you can get in touch with us any time, wherever you are in the world. 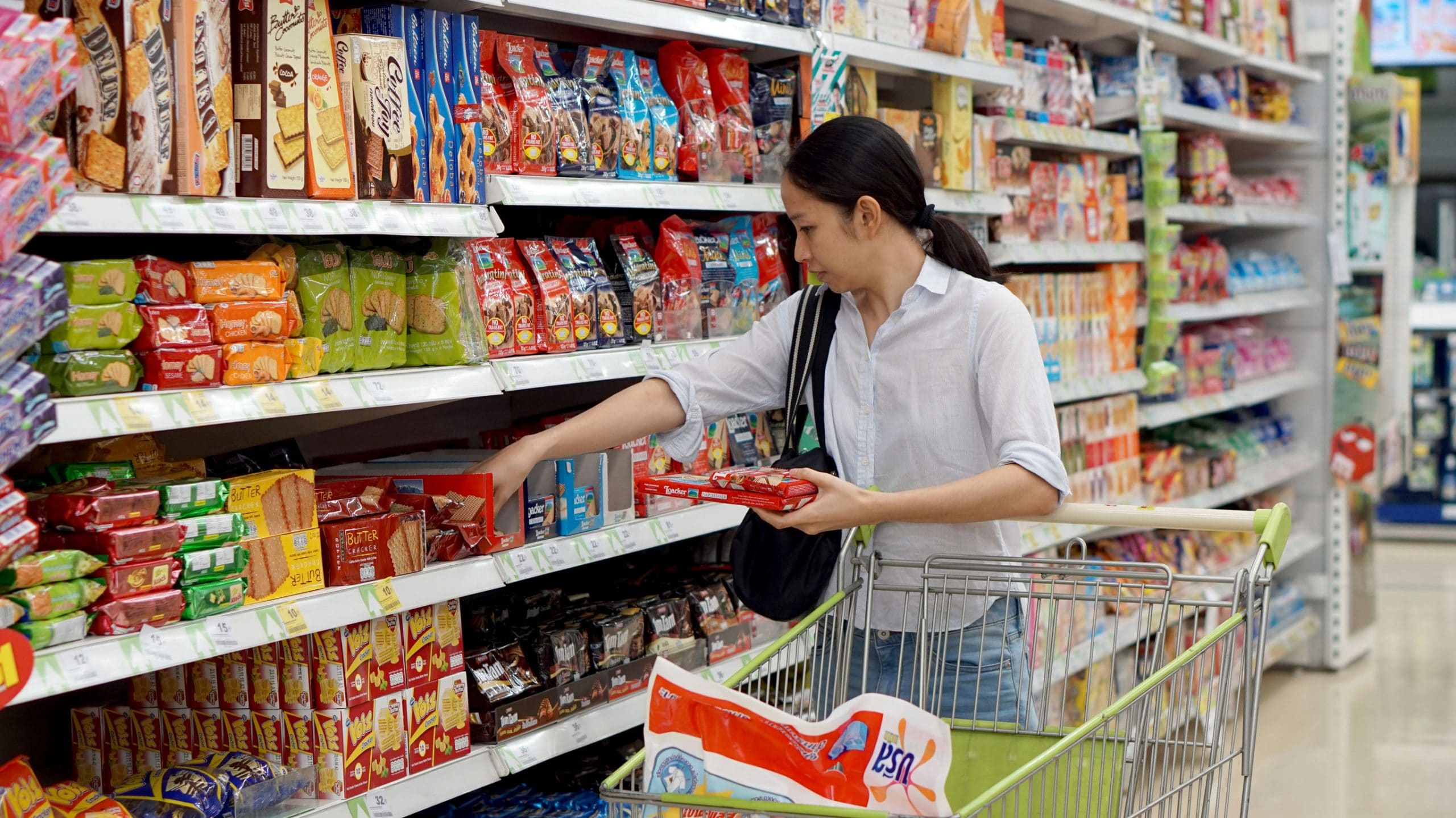 For Business Success in China: Under
Localization 5 Min Read 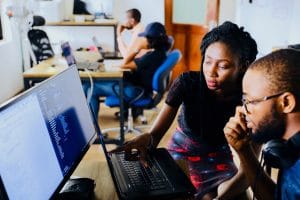 Localization
Breaking it Down: The Cost of Localizati
by  Bernadine Racoma
0
6
8k 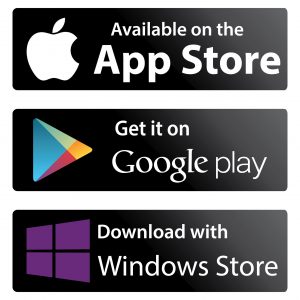 Localization
App Store Optimization: What You Need to
by  Christina Comben
0
5
5k