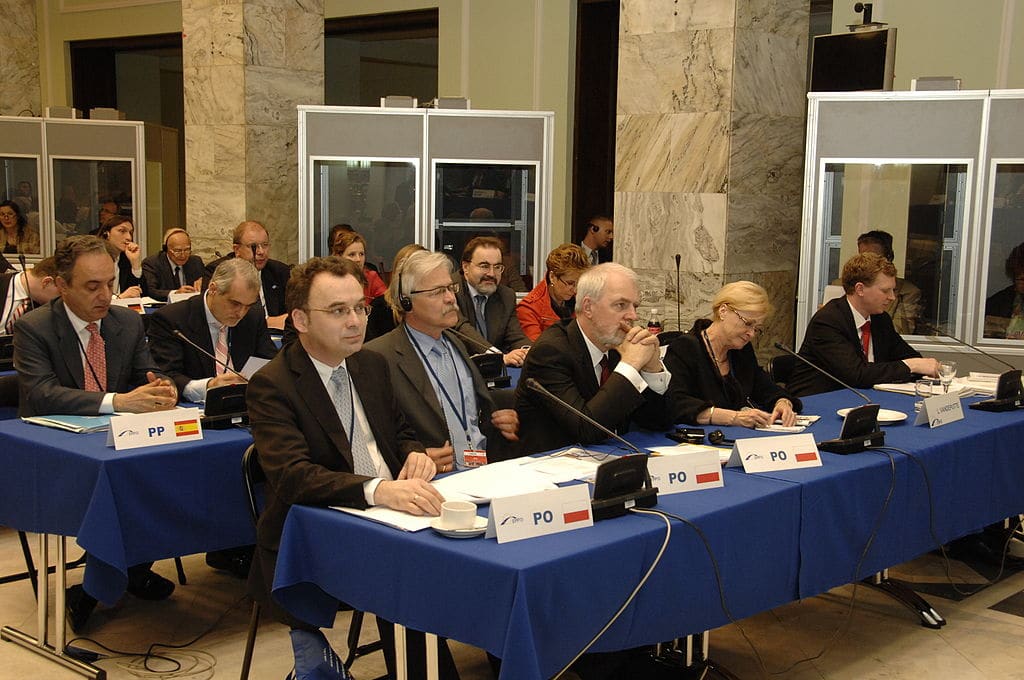 What is Simultaneous Interpretation and Why is it Important?

It was during the Nuremberg Trial that was held after World War II ended that The first time that simultaneous interpreting was used.

It is the job of the interpreter to successfully deliver all the semantic elements in the speech including its tone. The interpreter also has to deliver the intent of the message the speaker wants to convey.

In the world of language services, simultaneous interpretation can be classified as the most demanding. The interpreter must have excellent language skills and more than average fluency in two languages. Further, he or she must be mentally prepared, especially if the meeting or conference is a long one and involves many speakers. Being a simultaneous interpreter means correctly interpreting what is being said while injecting the nuances necessary in the target language. The environment itself can already be stressful. The interpreter cannot consult a dictionary to look up unfamiliar expressions and terms, which is reason enough to have excellent proficiency in the source and target languages. The interpreter must be fully confident of their speaking skills. The job demands that the interpreter must also be skilled in improvisation.

In simultaneous interpretation , the interpreter has to translate the thoughts and words of the speaker while he or she is still speaking, with a delay of about 30 seconds after the speaker starts to talk to process what is being said. The interpreter is located within the confines of a soundproof booth, while the participants in the meeting or conference listen to the interpreters using headsets.

The interpreter wears a headset to listen to the speaker in full concentration. The interpreter listens to what is being said and interprets it immediately, which is transmitted to the headsets of delegates or participants who speak that particular language.

In simultaneous interpreting, the interpretation is delivered real-time, and the speaker does not have to pause and wait for the interpreter to translate the part of the speech that has been delivered. They can continue speaking while the interpreter does the work of translating the speech into another language.

The interpreters are isolated from the conference participants thus it is possible to have the speech interpreted in different languages at once. The participants choose their preferred language by changing their headsets’ channel.

Maintaining the smooth flow of the presentation is one of the main benefits of simultaneous interpreting. Time is precious, and in this type of interpretation, there is only a small delay before the delivery of the information from the source language into the target language.

This type of interpreting requires special equipment, like soundproof booths, conference headsets, wiring from the booths to the headsets and microphones. The interpreters may also need to use cameras and video screens to see the speakers if the interpreters’ booths are placed in a different location from the conference.

Whispered over the shoulder, or from a booth

Often, whispered interpreting is used in small groups or bilateral meetings where the participants do not speak one language. It is more time saving than consecutive interpreting.

Whispered interpretation can also use headphones for sound clarity. In this case, a portable simultaneous interpreting equipment is used, such as portable transmitters with microphone and receivers with headsets. It is suitable for occasions where the participants have to move around such as during factory visits or museum tours.

Why is it important? 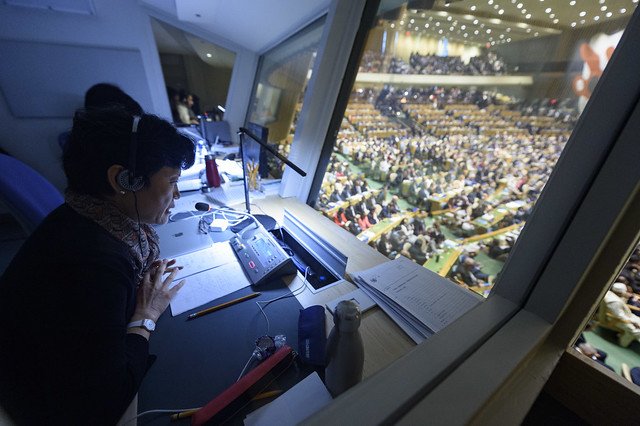 Interpreter at Work at United Nations

Language services, such as interpretation, are concerned about ensuring proper understanding and effective communication by breaking down language barriers. With simultaneous interpretation, it is very easy for a participant to follow what the speaker is saying almost immediately.

Request simultaneous interpretation on your next event

Whenever you need professional simultaneous interpreting or other types of interpretation work, get in touch with us at Day Translations, Inc. You can call us at 1-800-969-6853 or send us an email at Contact us any time of the day, wherever you are located.  Day Translations is open every day, 24/7 throughout the year. Our in-country interpreters are not only highly proficient in specific language pairs but subject matter experts as well. They have professional experience to effectively adapt to the conference requirements and the certifications if you need them. We work with more than 100 language pairs, to ensure that you get the best simultaneous interpretation services you expect. We are also capable of providing the specialized equipment needed for simultaneous interpretation. 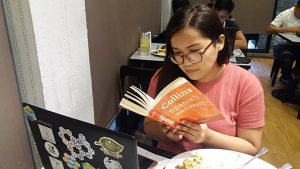 byDay Translations -
0
1
1k
The Spanish and English languages come from the same language family, the Indo-European family. But the two are from different...

Interpretation
Simultaneous Vs Consecutive Interpreting Services: Which one is the best for you?