If the United States has its Silicon Valley, Africa has several as well, such as the Sheba Valley in Ethiopia, Silicon Savannah in Kenya and Yabacon Valley in Nigeria.

Many of the tech companies in these different tech hubs have made significant contributions that transformed the lives of almost every people worldwide through better communication to banking and online shopping conveniences. And today, Ethiopia, as an emerging market, is trying to catch up with other nations.

Ethiopia is located in the Horn of Africa or the northeastern part of the continent. It is the most populous among the world’s landlocked countries. According to the latest estimates, Ethiopia’s current population is 109.3 million. It is said that the Queen of Sheba founded Ethiopia’s monarchy of Solomon.

Researchers found that the oldest skeletal proof for anatomically modern humans was discovered in Ethiopia. It is widely believed that modern humans who traveled to the Middle East and other places came from the region. Linguists say that during the Neolithic period, the first people speaking Afro-asiatic languages colonized the Horn of Africa.

Ethiopia is a multilingual country where about 80 ethnolinguistic groups co-exist. Most popular are Amhara, Oromo, Tigrayans and Somali. The official language is Amharic while popular regional languages are Afar, Harari, Oromo, Somali, Tigrinya, Wolaytta and Sidamo. English, Arabic and Italian are the foreign languages commonly spoken.

The financial services of PAGA in Nigeria are part of the investment portfolio of Tim Drapper, an American billionaire. The software engineering firm Apposit, located in Ethiopia, built PAGA’s mobile payment platform. The Ethiopian engineers of Apposit continue to maintain and support the platform.

China is building humanoid robots and the cognitive parts of the robots, including artificial intelligence (AI) development for facial and voice recognition and emotion detection are designed and created by experts in AI technology at Ethiopia’s Icog-Labs. The research and development lab, the first in Ethiopia to specialize in AI, is co-created by Ben Goertzel, an American researcher.

Gebeya is a marketplace that matches African IT experts with employers. The training facility and headquarters of Gebeya are located in Ethiopia. The company hires, trains and incubates top African talents. About 70 innovators have graduated from Gebeya and it still has 140 IT experts in its roster. Gebeya will soon be releasing products from its incubated startups.

Uber, the taxi hailing service, has a counterpart in Ethiopia called Zayride. Customers can hail taxis through its app or via online booking and text messaging. The platform and e-payment solutions were developed by Zayride. Recently it added corporate account orders and delivery services. They developed the software that compresses the app 5 times so it can still work even without fast Internet connectivity.

Based in Addis Ababa, the capital of Ethiopia is dVentus Technologies, one of the most innovative high tech firms in the world. Many of its products are patented. It’s a leading producer of propulsion systems used in clean energy vehicles, wind turbines and smart power converters. It has a live advanced monitoring system to manage smart grids and interrelated big data analytics of many cities in the world from its Addis Ababa HQ. Their products are exported to Europe and the United States.

Online payment solution Yenepay is the first in Ethiopia. It was designed, managed and maintained by a group of young Ethiopian engineers.

Ethiopia has a self-sufficient innovation and incubation center in Addis Ababa, which is supporting the country’s economic growth. It has so far incubated 25 startups. Iceaddis has successfully nurtured 50 Lomi that develops an enterprise resource system (ERP) specifically designed to support unreliable Internet connectivity. Ethiopia’s largest hospital is already implementing the system.

Another company from Iceaddis is Flowius. It’s a startup that provides an affordable piped water system to many homes in the rural areas of Ethiopia. In 2017, Flowius was accepted in the water innovation accelerator Imagine H2O based in Silicon Valley.

Does it surprise you that Ethiopia’s younger generation is fast adapting to the trends in more developed countries? In reality, even if the country is one of the most populous in Africa and the world, the World Bank reports that 12% of its annual budget goes to education. The government requires that 70% of university students take up natural science and engineering courses.

Professional services network Deloitte reported that current investments in Ethiopia are one of the world’s highest in relation to its GDP. The telecom sector, which is crucial to the development of the tech industry, received a generous infrastructure investment.

The state owned Ethio Telecom is the major provider of Internet and telecom services in the country. In March 2015, it launched 4G LTE service (Fourth Generation Long-Term Evolution) in the country, with fiber routes spanning 21,000 kilometers. In 2016 the company invested about $1.6 billion in infrastructure to support services to 68 million mobile phone users.

In 2017, an Internet connectivity test conducted showed that Ethio Telecom is capable of delivering faster download and upload speeds that are three times faster than the average data connection speed of 13.7 mbps of Kenya, which is considered one of the best in the region.

There is still much to be done to get Ethiopia in full swing to be competitive at the global level. While it already has Ethio Telecom, there are other infrastructural levels that need boosting. Ethiopia has a pool of excellent young talents but a gap exists relative to resources, mentorship, direction and business / personal skills.

The government organizations handling ICT, some associations and incubators such as Blue Moon, Iceaddis and Gebeya are trying to address the issues on their level. All of them are trying to put Sheba Valley in the tech map, with international investments and help from startups that had early exits from start-up seed funding. Innovators are looking for foreign funding as well as international collaboration and technical and market expertise.

But things can turn around very soon for Sheba Valley as many tech companies are directly negotiating with tech advisors from international companies while others are already in seeding / ‘Series A’ funding round.

What to expect from Sheba Valley right now

Ethiopia might not be ready yet to divulge all the products coming from its roster of tech startups, but there are also some very promising companies from Sheba Valley that could make the world take a second and closer look.

The first 3D mobile game from Ethiopia is called Kukulu, which is already available for Android and iOS operating systems. It’s the story of a chicken that needs to escape from the farmer trying to slaughter it and other villains. The characters were conceived and developed by engineers from Qene Technologies and incubated by Gebeya. It takes the player around Ethiopia’s highlands.

Waziup is an application that aims to help the different sectors of the continent’s economy, including aquaculture and agriculture as well as the environment. It provides big data analytics ranging from smart farming to forecasting weather patterns.

Mi-sika is a financial technology (fintech) solution for better money transfer processing between Africans in their own country and Africans living in other countries. It’s a custom application for Ghana clients.

SEWE is a vitals-monitoring system capable of checking patients in real-time even before they can be seen by their doctor. It can provide big data analysis for a preventive, predictive and proactive healthcare management system. SEWE is a system (big data analysis and communication) and a product (the monitoring instrument itself).

Just like Queen Sheba gifted King Solomon with precious stones and a large quantity of precious balsam oil, Sheba Valley is expected to yield great things, from technological advances to innovative solutions for Ethiopia and the world.

Could technological expertise be inherent in Ethiopians?

A documentary from BBC4 showed the ancient and strange way Ethiopian merchants do multiplication, which is linked to the multiplication process used by modern computers. Imagine that! Ancient Ethiopians were able to crack the mathematical code that were applied to modern computers only in the 1930s. It could be this underlying knowledge in computational mathematics that gives them the advantage in computational mathematics and software engineering.

Ethiopia may still be lacking in infrastructure support and international funding but it is getting there. It is forecasted that the country has great potential in creating and growing startups. There is already a Startup Academy in Ethiopia, which exposes business owners and investors to the startup ecosystem of Africa.

No complacency when it comes to communication

Even if English is spoken in a country such as Ethiopia, business owners should not be complacent and think that using English will suffice. As you’re from a different country, it is important for you to show respect to a culture’s language, traditions, preferences and beliefs. Thus it is important to communicate with them in their own language. It shows that you are respecting the culture of your business colleague and want the business relationship to foster and succeed.

For Amharic business translation services, rely on the expert translators and subject matter experts of Day Translations, Inc. Our translators live in-country. They are native speakers who will ensure that you get professionally done and highly accurate translations in Amharic and other languages. You can reach us at 1-800-969-6853 or send us an email at Contact us anytime. We are open 24/7, every day of the year, to quickly respond to your translation request anywhere you are in the world. 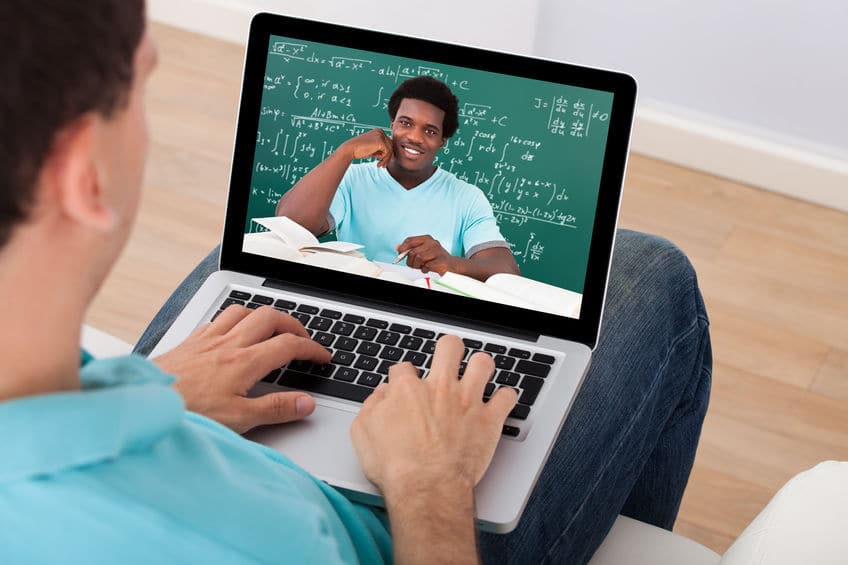 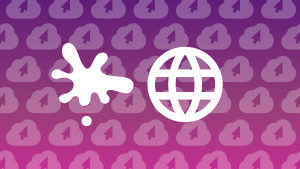 Global Marketing
What is Global UX Design?
by  Aaron
0
0
2k 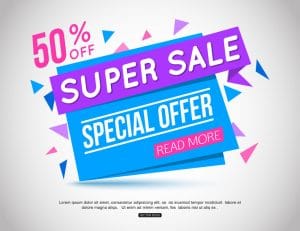 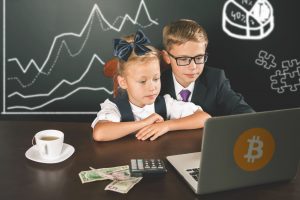