As we all know, Native Americans were some of the first settlers in many areas in the United States and their contributions to various aspects of American life and society cannot be forgotten. But they did not have a special day until the 20th century.

Dr. Arthur Caswell Parker was one of the first advocates for a special day for Native Americans. He was a Cattaraugus Seneca Indian who founded many organizations to support the rights of American Indians. In 1912, he was able to convince the Boy Scouts of America to have one day to honor the First Americans. The organization complied and it continued the celebration until 1915.

From then on, there was an annual celebration to honor American Indians. The timeline is as follows:

Native Americans, also called Indigenous Americans or American Indians are the native peoples of the continental United States. The country recognizes more than 500 tribes and most of them are located in Indian reservations in several states. On Native American Day, traditional ceremonies, art displays and dances are held to honor the rich culture of American Indians.

Here’s a trivia for you: The country’s Indigenous Peoples came before Christopher Columbus. The group includes the descendants of the first Americans.

In several parts of the U.S., Columbus Day is observed every second Monday of October. This means that in other states, other events are celebrated.

Columbus Day this year falls on October 8. The event recalls the arrival of Christopher Columbus in the New World or the Americas in 1942.

While several states still celebrate the event, several more are replacing Columbus Day with Native American Day. Did you know that according to many people, Columbus Day is a controversial event? They say that the arrival of Europeans in various areas in the Americas led to the end of the indigenous peoples’ culture and history.

Before you decide not to go to school or to work, check whether it is a regular day or a public holiday in your area, as more states are celebrating Native American Day rather than Columbus Day.

Different regions and people celebrate Columbus Day in different ways. Some people join church services. In some areas, there are parades and other fun events. In other areas, the day is celebrated within the Italian-American communities.

In fact, the very first time that there was a celebration for the discovery of the New World in the United States, it was to celebrate the Italian-American heritage. The event was held in 1869 in San Francisco, California. In 1907, Columbus Day was a statewide celebration in Colorado and by 1937, it was declared a holiday in all parts of the United States. It was only in 1971 that the event started to be held every second Monday in October.

Columbus was not the first European to reach the Americas and the claim that he conquered a part of the Bahamas is now being contested as well. In the eyes of historians, the arrival of Europeans in the United States and elsewhere caused the death of a major part of the culture and history of America’s indigenous peoples. There were people who said that Christopher Columbus did not discover North America and only reached some Caribbean islands. He never came close to the North American mainland.

Who was Christopher Columbus?

Did you know that Christopher Columbus was Italian? As an explorer, he was funded by King Ferdinand and Queen Isabella to find the shortest sea route to Asia.

Columbus started his voyage in August 1942. By October 12, he reached the Bahamas in the Caribbean and became the first European after the Vikings to reach the Americas. They did not know about the Pacific Ocean and thought that the Atlantic was the only way to reach Asia.

Columbus made several errors in identifying locations. When he saw Cuba, he thought he had found mainland China. He mistook Hispañola for Japan. Columbus established the first colony of Spain in Hispañola.

In March of the following year, Columbus returned triumphantly to Spain. He brought Indian captives, spices and gold from his journey to “Asia.” Columbus only realized that he had not reached Asia on this third voyage. Rather, he found a continent by chance, which was yet unknown to Spain.

Instead of celebrating the controversial Columbus Day, more states and regions are honoring the indigenous peoples of the United States on the second Monday of October with the Indigenous Peoples’ Day, which is a city and state holiday in several areas. The event is very similar to the Native American Day observed in Tennessee and California every last week of September.

The holiday was established in South Dakota in 1989. The state is home to nine Native American tribes. Many groups have protested the honoring of an event that led to the Americas’ colonization by Europeans, the start of the slave trade and the deaths of millions of people, mostly indigenous people, through disease and murder.

Here’s another trivia: The United Nations declared August 9 as International Day of the World’s Indigenous People.

It’s time to set the record straight. Christopher Columbus did not discover the Americas or the New World. He was not the first person to do so. The first people who discovered America were from Asia, who traveled on foot 15,000 years ago across the land bridge called Beringia, which connected Siberia and Alaska.

Today, many states in the U.S. are celebrating October 8 as Indigenous People’s Day instead of Columbus Day. In Florida, Columbus Day is a local observance, while the day is a federal holiday in most states except Alaska, Arkansas, California, Delaware, Hawaii, Michigan, Minnesota, North Dakota, Nevada, Oregon, South Dakota, Texas, Vermont, Washington and Wyoming.

Whichever event you are observing, whether it is Native Americans Day, Indigenous People’s Day or Columbus Day, we at Day Translations, Inc. wish that you’d have a great day.

And when you need high-quality translations into Indigenous American languages, Spanish, Portuguese and other European, Latin and South American languages, call Day Translations, Inc. at 1-800-969-6853. You can also send us an email at Contact us. We are open every day of the year, so you can get in touch with us anytime, wherever you are located in the world. We are capable of connecting you with a native-speaking translator or interpreter in a matter of minutes or hours depending on your language services requirement. Remember, when it’s about languages, talk to us at Day Translations, because we speak your language.

byBernadine Racoma -
0
4
4k
For many Asian countries, rice is a staple meal, even for breakfast. In Indonesia, their take on fried rice is... 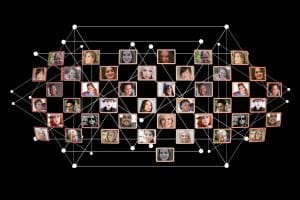 byAaron -
0
2
2k
In our globalized world, diversity has been a hot topic for decades. Some experts argue that globalization weakens regional and... 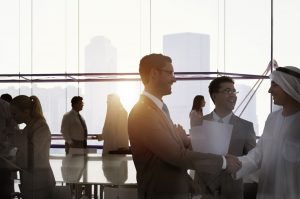 Culture
6 Tips to Doing Business in the Middle East

byCamilo Atkinson -
0
3
5k
Westerners considering doing business with people of the Middle East and North African (MENA) markets would do well to learn...

byBernadine Racoma -
0
2
3k
The Māoris are New Zealand’s indigenous people that inhabited the island some 1,000 years ago. There still comprise about 14%...
View All Topics