Linguists Predict the Loss of “TH” Sound by 2066

The <th> sound, which is very prominent in British English, is poised to be lost by 2066 due to multiculturalism. Linguists predict that in 50 years, the sound will no longer be heard on London’s streets, and you might hear “fink” instead of ”think.”

”Th,” a sound that is produced by placing the tongue against the upper teeth, is very difficult for many foreigners to do because it is not a part of their language. In London, a dream city for many migrants from Europe, Asia and other parts of the world, its ever-increasing multiethnic community struggles with interdental consonant pronunciations.

At the moment, Estuary English, which is a hybrid of received pronunciation (RP) and Cockney, and the prevalent speech pattern in South East, has already been taken over by Multicultural London English or MLE, which is strongly influenced by Asian, West African and Caribbean communities.

According to linguists from the University of York, projected immigration coming within the next few years will have a great effect on the language.

The origin of the <th>sound is Proto-Germanic. Through Grimm’s law, the Proto-Indo-European “t” sound was converted into a voiceless dental fricative. In other Germanic languages, the sound was lost and replaced by T or D. The other major Germanic language to retain it is Icelandic, best shown in the Icelandic ”Þrír” that means ”three” in English. The symbol Þ is the Icelandic equivalent of th.

In Cockney and other varieties used in Southern England, the th sound is replaced with an F sound. In the Caribbean, the English varieties only use T, while Indian English uses the aspirated dental T. The dental T is the normal way speakers of Southern Irish English pronounce it.

Examples of voiced dental fricative include then, their, those, this and the.

On the other hand, the voiceless dental fricative /θ/ has these features:

Threat, thorough, through, thought and thing are just some of the examples of voiceless dental fricative.

There are no specific rules to follow when a word has a voiceless <th> sound or a voiced <th> sound.

But there are some things that may help you in the pronunciation. You can place them into three categories: <th> at the start of the word, <th> in the middle and <th> at a word’s end. Let us discuss them further.

Based on the projection of linguistic experts from University of York, the voiced <th> sound would probably be substituted by V, D or F. This could make mother sound like ”muvver” and ”fick” would likely be the pronunciation of thick.

On the other hand, the H that became a silent letter in the Cockney dialect is projected to make a comeback. Therefore the current ”ere” would become ”here” once again, according to sociolinguistics expert Dr. Dominic Watt of the University of York. He said that it would be more evident in London, which is considered as the most linguistically influential city.

The linguists have studied the pattern over the years. They believe that the sound structure of words would be simplified and might become shorter. Dr. Watts observed that the British accents are no longer exclusively based on social class.

Other changes that are likely to happen include:

This is a very likeable scenario, given that dictionaries have already added modern-day text, words and phrases into their compilation. The prediction of the loss of the th sound is included in The Sounds of the Future 2006 report, which is a result of analyzing 50 years’ worth of recordings and use of language in social media. 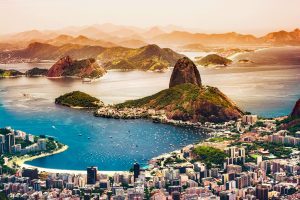 Business
What Language is Spoken in Brazil?

byMilagros Perez Segura -
0
3
1k
When we ask ourselves ‘what language is spoken in Brazil’ we may not be considering the journey this country has... 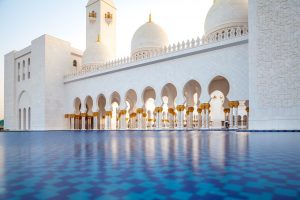 byChristina Comben -
1
6
6k
Arabic is a fascinating language. It’s the language that gave humanity the word “zero”, the 1001 Nights (also known as... 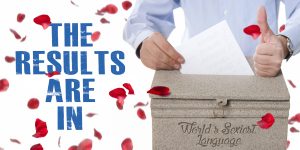 byDay Translations -
1
6
36k
Well ladies and gentlemen, our poll to find the world’s sexiest language has finally come to a close. So what...

byBernadine Racoma -
0
2
3k
Even if you are not planning on a trip outside your home country in the very near or in the...
View All Topics