Black Panther Movie: What Languages Are Spoken in the Marvel Hit?

There are 7,099 languages in the entire world and almost all movies use some of the most dominant languages to reach more audiences worldwide. Some countries produce films in their own language, which then use dubbing or subtitling for international audiences. Black Panther is no  exception to that rule.

In the Black Panther movie, moviegoers are treated to something new. The lengthier use of an indigenous South African language – Xhosa. Because the Black Panther film is a major American franchise, the predominant language is English. But the main character, the Black Panther, who is the new king of Wakanda and all the characters in the fictional kingdom, speaks Xhosa.

In Hollywood, some film franchises with several sequels, including the likes of Star Wars, the Marvel Superheroes, and multi-season TV series such as Star Trek and Game of Thrones, which later developed cult following, have languages other than English. They have different languages spoken by the other characters in the series, like in Black Panther. Many of these are constructed languages, created especially for a particular film or TV show.

J.R.R. Tolkien, for example constructed various languages since 1910. These include Quenya, Sindarin and Taliska among the many Elven and Middle Earth languages for his Legendarium, including ”The Lord of the Rings.”

You might be familiar with some of the other popular constructed languages that were used in specific movies, some of which include:

The trend of developing a constructed language has extended to video games as well. In fact, some of these languages have been refined and modernized by the users. Star Trek started in 1996 and to this day many die-hard fans of the series are known to speak Klingon and Vulcan.

Some of the constructed languages are based on naturally developed languages. The languages could still be in use, extinct, endangered, obscure or regional dialects spoken by small communities and tribes, such as those in Africa.

Where does all this lead to? Black Panther!

The discussion leads to a popular star in the Marvel Superhero series, Black Panther. In the Black Panther film, the main character, T’Challa (Chadwick Boseman), returned to his homeland to take his position as king and the Black Panther of the fictional nation of Wakanda in East Africa after the death of T’Chaka, his father.

The first appearance of the Black Panther was in “Captain America: Civil War.” In most of the scenes in the Black Panther film, Black Panther spoke English. However, there were some short scenes where T’Challa and his father T’Chaka spoke in their own language. It has recently been revealed by Joe Russo, the film’s co-director that they were speaking in Xhosa, one of the official languages of South Africa. The older actor in Black Panther, John Kani, an award-winning South African actor, who portrayed T’Chaka, actually spoke Xhosa. He taught Chadwick Boseman how to speak the language for the Black Panther movie. He served as the language consultant in the movie Civil War.

For his portrayal of T’Challa in Black Panther, Chadwick Boseman did extensive research into the culture of South African tribes to get into the character of Black Panther. He likewise used a regional accent while speaking Xhosa based on the supposed location of the fictional kingdom of Wakanda in Black Panther. According to the map shown in Captain America: Civil War, Wakanda is somewhere near Lake Turkana’s northern end, a fictional area that borders Kenya, Uganda, South Sudan and Ethiopia.

Xhosa, which is also known as Xosa or Koosa, is a clicking language. Its speakers and people belonging to the group are called isiXhosa. In South Africa, 19.1 million speak the language, with 8.1 million speaking it as their first language. People who speak Xhosa as their second language number about 11 million. Around the world 19.2 million people speak Xhosa. Nelson Mandela spoke Xhosa fluently.

The clicking sound, which is created by putting the tongue to the side of the mouth, resembles the sound given to a trotting horse. This is used to pronounce the ”x” properly.

When written, Xhosa uses the Latin alphabet. But the spoken Xhosa (like in Black Panther) has many sounds that have no equivalent in English, particularly the clicks. The clicking sound came from a group of African languages, the Khoisan languages that are very distinct because of their clicking consonants. Many of the languages belonging to the Khoisan group are already endangered and some have become extinct.

Several years ago, the Khoisan languages were widespread all over eastern and southern Africa. Now the speakers are mostly confined to the Kalahari Desert in Botswana and Namibia and central Tanzania’s Rift Valley.

In written Xhosa, the clicks represent the letter K, which is a substitute for x, q and c, such as in words like aks (axe), kwick (quick) and klik (click). The letter ”C” indicates the dental clicks, the letter “Q” for the post-alveolar clicks and the letter ”X” for the lateral clicks. These three letters are for the basic clicks. Variations of the clicks are created by the addition of consonants to the basic clicks.

You can have a feel for how these basic click sounds are done from this video:

When Xhosa is spoken, some words are shortened when they run together. Except for ”ii” and ”oo” no two vowels are placed together as a rule in written Xhosa. If that is unavoidable due to the grammatical construction of the sentence, some changes are made to ensure that only one vowel is used. The accent, when speaking Xhosa, is placed on the second to the last syllable.

Although Xhosa has the widest distribution among all the official languages of South Africa, Zulu is the most widely spoken. Zulu is spoken by 27.3 million in Africa, broken down into 11.6 million people speaking it as their first language and 15.7 million using it as their second language. Across the globe, Zulu speakers number almost 27.5 million.

Common Words and Phrases in Xhosa:

Try learning some of these common phrases used throughout the Black Panther movie!

The Black Panther movie’s Xhosa seems like a difficult language to learn. Particularly if you consider the click sounds for spoken Xhosa. You do not need to learn a language to have your documents translated. We at Day Translations provide accurate translations of African languages, be they medical, legal, business or certified translation services. You can get in touch with us by phone or email 24/7. 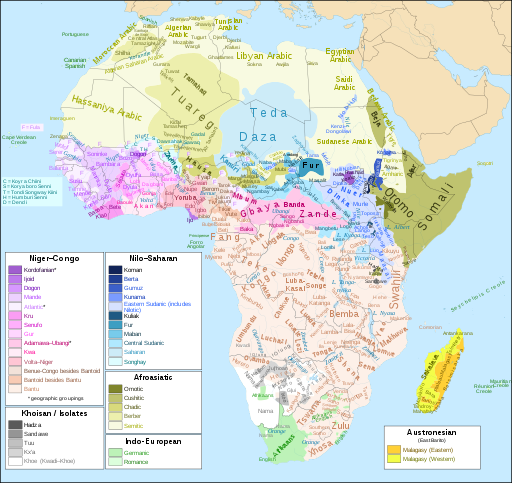 The Thousands of Languages in the Af
Arts and Culture, Languages, People, Trending, World 5 Min Read

Communicating
Because Internet: The Web Can Be Bad for
by  Bernadine Racoma
0
6
4k 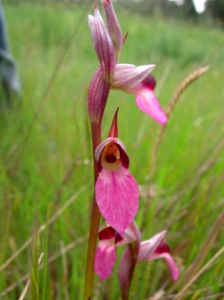