After the 1994 elections, English became the main language used in government. Afrikaans is considered as a major language as well because it is the language of commerce along with English. For companies conducting business in South Africa, have your business translations done by a reputable language services company known for providing excellent, professional and accurate translations.

Afrikaans belongs to the Indo European language family’s West Germanic branch, along with English. The language is generally used in South Africa and Namibia. It is also spoken in Zimbabwe and Botswana, but not extensively.

Afrikaans developed from Hollandic (Hollands), a vernacular of the Dutch language, which is spoken is South Holland. Hollandic was the main language of the Dutch settlers in the country. It evolved through the 18th century.

It is considered a daughter of the Dutch language and was called previously as Cape Dutch because the settlers were concentrated in Cape Town. Most of the language evolved from the combination of Hollands and Dutch Afrikaans. Many of the Colored and Afrikaners in South Africa spoke Afrikaans as their first language.

The vocabulary of Afrikaans comprises various adopted words. Some came from the Khoisan languages, German, Malay, Portuguese and several Bantu languages, with about 90% to 95% derived from Dutch.

Size of the Afrikaans language

About 13.5% of South Africa’s population are native speakers of Afrikaans. This represents 7 million people. It’s the third most spoken language in South Africa and has the broadest racial and geographical distribution among all the languages spoken in the country.

Coloured South Africans is a mixed ethnic group the ancestry of which came from indigenous Xhosa and Khoisan people, colonizers from Europe, and slaves brought in by the Dutch East Indies from India, Mozambique, Madagascar, Malaysia and Indonesia.

The expanded use of Afrikaans was due to its use in TV, radio programs and newspapers. The first translation of the Bible in the Afrikaans language was published in 1933.

Overall, around 15 million to 23 million people speak Afrikaans. Aside from the mentioned areas, Afrikaans is spoken in Zimbabwe, Zambia, the United States, the United Kingdom, New Zealand and the Netherlands. Likewise, it is spoken in Malawi, Lesotho, Germany, Canada, Botswana, Belgium and Australia.

Intelligibility between Dutch and Afrikaans

Although Afrikaans is a daughter of Dutch, Dutch speakers might take some time to understand the language but they can understand Afrikaans. On the other hand, speakers of Afrikaans might not be able to readily comprehend the Dutch language.

One of the major differences between the two languages lies in grammar and morphology of Afrikaans. The spelling is also different from the Dutch standard. The mutual intelligibility is more apparent in the written rather than the spoken form of Afrikaans and Dutch.

Differences between Dutch and Afrikaans

Phonetically, also simplified many consonant clusters when located at the end of words. The Dutch <w> and <v> normally found in the middle of some words were changed into the single sound and single spelling of <v>. Dutch fricatives <g> and <ch> became a single sound <g>, except when it comes before <s>. In this case it becomes <sk>.

Initial syllable in Dutch, such as <sch> in school becomes <sk> as in skool in Afrikaans. The same is also true with ending syllabic clusters, such as lucht that becomes lug or air in English. The English term dins, written as dienst in Dutch turns into diens in Afrikaans.

When <g> or <v> appears between vowels, they are dropped in Afrikaans, thus, regen or rain and hoger that translates to higher becomes reën and hoër. The second vowel has a trema in order to avoid confusion, as there are digraphs such as <ee> and <oe>.

If the <g> appears at the end of a word, it is often dropped as well, and the preceding vowel would be written with a circumflex, like the verb zeg that is replaced in Afrikaans by sê.

On the other hand, when a vowel is an open syllable, a circumflex is added, such as in the English word “world” that is wereld in Dutch and wêreld in Afrikaans. Morning is morgen in Dutch and môre in Afrikaans. It’s the same for bruggen and brûe, which in English is bridge/s.

Afrikaans merged <w> and <v> to become a voiced “v” therefore work is pronounced ”vɛrk” in South Africa while it is pronounced as ”wɛrk” in Dutch.

The more pronounced are the grammar differences between the two languages.

Afrikaans does not have grammatical gender, while the same forms of verbs are used for the present and infinitive tenses. The simple past tense is dropped for all the verbs except for seven modal verbs. It uses the present tense or the present perfect based on context and the pluperfect is already omitted. There is no distinction between the object and subject form of personal pronouns in the plural form.

Another different is that there is no longer any distinction between the present perfect use of the verbs ”to have” (hebben) and ”to be” (zijn).

Unlike in standard Dutch, Afrikaans uses double negative. For example:

English: ”I do not speak English.”

Both Afrikaans and Dutch adjectives are inflected but the inflection is not because of grammatical gender but due to position.

Influences that contributed to the differences

The Malay language was brought by the slaves imported by the Dutch East Indies Company. Some of these include:

From the Portuguese language are words such as:

Sambreel is also in the Dutch language.

The Khoisan languages gave some more words, such as:

These words can also be found in the Dutch language.

From the languages of the Bantu, Afrikaans adapted the following words:

Similarities between Dutch and Afrikaans

As earlier mentioned, the mutual intelligibility between Afrikaans and Dutch is more on the written than the spoken language. Because of the simplification of the many of the words and verb forms Afrikaans and the influences of other languages, Dutch speakers would not be able to pick up that many cognates in Afrikaans, but they would still manage to understand the context of the sentences. The same is not true with Afrikaans.

However, many Afrikaans speakers are exposed to English therefore Dutch words such as appartement, lift and computer would be understood by them. But Dutch speakers would not be able to recognize, woonstel, hysbak and rekenaar that are the equivalents of those Dutch words.

While many people welcomed the court’s decision, many more were against it. They see it as the death of Afrikaans. However, the institutions of higher learning argued that they are removing Afrikaans as the medium of instruction but is not abolishing it from the curriculum and will continue to teach Afrikaans as a language course.

The universities said that they are accelerating the plans for English to take a more prominent position in the university because English is one of the world’s most spoken languages, a lingua franca around the world and continues to be the language of global business. Much of the terminologies used by the medical and scientific worlds are in English.

Phasing Out of Afrikaans

Several arguments were presented and debated. The schools say that the demand for Afrikaans as the medium of instruction is dwindling. Also mentioned was the fact that they want equality, and since it would be unfair to other native languages to be singled out, the schools decided that it is a better option to use English.

Opposition says that it will make the language lose traction in the multi-language country, but some believe that if Afrikaans continues to be spoken as a mother language at home, it will survive. 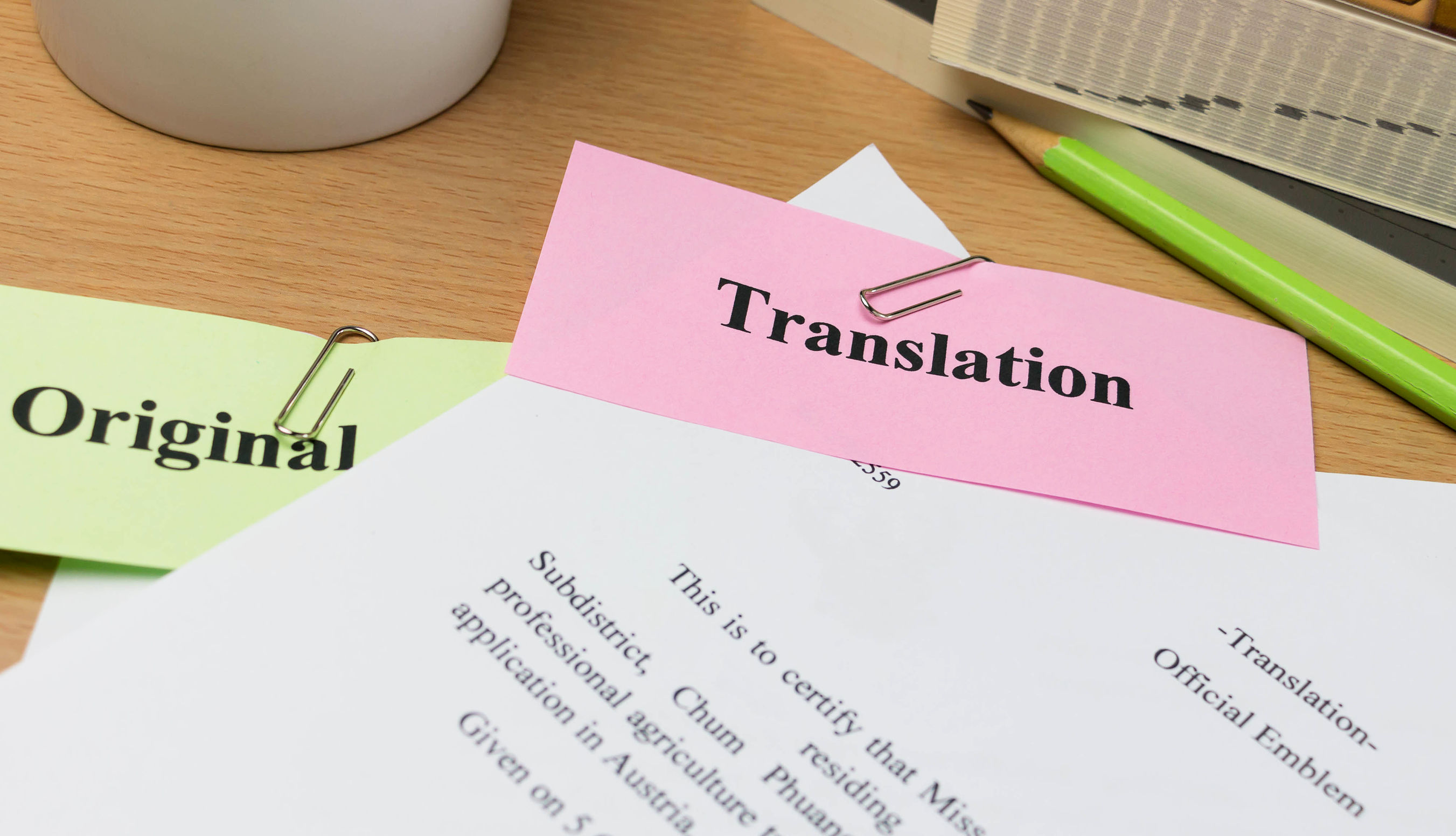 12 Tips on How to Maintain Translati
Arts and Culture, Culture, World 5 Min Read

Arts and Culture
Ramen: One of the world’s favorite com
by  Day Translations
0
0
4k 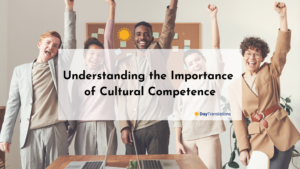 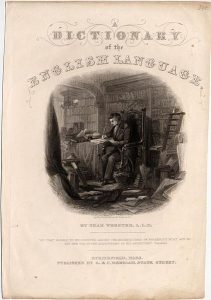