The Thousands of Languages in the African Continent

It may be confusing when people talk about continents. The number of continents in the world depends on where you are located or where you studied. In the United Kingdom, Australia, the United States, and other English-speaking countries, in many parts of Western Europe, the Philippines, Pakistan, India and China, only learn about 7 continents. The 7 continents (smallest to largest) include Australia/Oceania, Europe, Antarctica, South America, North America, Africa and Asia.

In Japan, Eastern Europe and Russia, students learn that there are only 6 continents: Eurasia, South America, North America, Australia/Oceania, Antarctica and Africa.

Another is the 6-continent combined-America model. They teach this model in France, Greece, Latin America, Romania, Spain, Portugal and Italy. It includes Australia, Antarctica, the Americas, Europe, Asia and Africa.

In some areas, they only recognize 5 continents: Australia, the Americas, Europe, Asia and Africa. They exclude Antarctica because it is uninhabited. They use this model in the Olympic Flag, Olympic Charter and the United Nations.

As you can see, Africa is part of every model of teaching. The African continent places second to Asia in terms of size and population. It covers 6% the total surface area and 20% of the entire land area of the Earth. In 2016, Africa’s population was 1.2 billion, representing 16% of the human population in the world.

The size of the continent means that its linguistic diversity is high. UNESCO estimates that people use about 2,000  in Africa. However, most estimates place the number over 1,000. The sheer size of Africa makes it difficult to map all the languages. So, this means that there are still undiscovered and undocumented languages today.

Europe colonized almost all of Africa. And that’s why continent’s principal languages are English, French and Arabic. French, the 14th most spoken language, has 76.1 million first language (L1) speakers in 53 countries. Arabic is ranked third, according to the 20th Edition of Ethnologue, with 295 million L1 speakers located in 295 countries. English is the third most spoken language across the world today, with 372 million L1 speakers living in 106 countries.

The African languages belong to 6 major language groups, which are:

Main branches include the Cushitic, Chadic, Semitic and Berber languages. This group has the longest history of written texts because Ancient Egyptian, Old Aramaic, Biblical Hebrew and the language of Mesopotamia belong here. The most extensive is the branch of Semitic languages such as Hebrew, Amharic and Arabic that likely developed in the Arabian Peninsula. The Semitic languages are the only Afro-Asiatic branch spoken outside the African continent.

Hausa is dominant in southern Niger, Ghana and Nigeria while Oromo is spoken by more than 30 million people in Kenya and Ethiopia.

This group has 26 languages, including Tachelhit, Tamazight and Tarifit that are spoken in Morocco. Kabyle is spoken in Algeria while Tamajag is spoken in Niger. Many people in Algeria speak Tachawit.

The Chadic language group comprises 195 languages, and the most dominant ones are spoken in Nigeria, such as Hausa, Ngas, Kamwe, Mlaghavul, Bade and Bura-Pabir.

Forty-seven languages make up the Cushitic branch. Popular languages are Somali that is spoken in Somalia, Bedawi in Sudan and several languages spoken in Ethiopia, such as Oromo West Central, Oromo Eastern, Oromo Borana-Arsi-Guji, Afar, Sidamo and Hadiyya.

The Egyptian branch has only one language, which is already extinct as a spoken language, although it is still used in religious practices.

The Omotic branch consists of 28 languages that are dominant in Ethiopia, such as Koorete, Aari, Bench, Kafa, and Gamo-Gofa-Dawro.

The Semitic branch has 77 languages, with Arabic having 35 varieties that are dominant in the Middle East as well as in East and North Africa. Included in this branch are Silt’e, Tigrinya and Amharic that are also spoken in Ethiopia and Tigré or Xasa that is spoken in Eritrea.

Two hundred and one different languages belong to the Nilo-Saharan branch according to Ethnologue. They are widely distributed across 17 countries in the African interior. These spread from the Democratic Republic of Congo, Nigeria, to northern Tanzania to the Nile Valley, with about 50,326,960 speakers. Popular among the Nilo-Saharan languages are Maasai, Dinka, Luo, Nobiin, Songhay, Fur and Kanuri. All the languages that belong to this branch are tonal.

Other important Nilo-Saharan languages with less than one million speakers include Fur and the two varieties of Tubu, Tedaga and Dazaga.

Like other language groups, the Niger-Congo language family includes several branches, sub-branches and further sub-divisions. Below are the most populous ones. Xhosa, which has become popular as the language of the people in the kingdom of Wakanda, led by its king, T’Challa, also known as the Marvel Superhero Black Panther, is part of this language branch, under the Bantu group and Khoisan languages sub-branch.

This is the smallest language family among the African language groups. Its name came from South Africa’s Hottentot group called Khoe-Khoe and the Bushmen group of Namibia called San. The Khoisan people arrived in the southern part of Africa about 60,000 years ago, making it one of the most ancient languages that humans spoke. Despite this fact, Khoisan languages were not well studied.

The most distinct feature of this group of languages is the use of clicks for their consonants. Clicks originated from the Bantu languages of South Africa such as Zulu and Xhosa. They only speak the Khoisan languages in South Africa, around the Kalahari Desert to Angola and part of Tanzania. While more than 10 languages still belong to this group, many of them are extremely endangered.

Belonging to this family is Afrikaans, which is spoken in South Africa. It evolved from the Hollandic dialect used in South Holland. It is an official language in South Africa and the lingua franca in Namibia. Moreover, Afrikaans is a minority language in Zimbabwe and Botswana. English, French, Spanish, Portuguese and Italian are the other Indo-European languages they speak in South Africa. The white population in Namibia speaks German as well.

In the Horn of Africa, they still speak Modern Persian. You can hear Vandalic and Latin spoken in North Africa, and Greek and Old Persian in Egypt.

The Austronesian group has 1,268 languages. It is the most geographically spread among the language families. However, only Malagasy, which belongs to the Western branch, is spoken in an African nation – Madagascar. There are 7.5 million Malagasy, Plateau or Standard or Official Malagasy speakers. On the other hand, a mere 1.6  million people speak Malagasy, Tsimiheti or simply Tsimiheti.

About 30 languages from various sub-groups are still unclassified.

Main Languages From Every Group

We have been discussing the thousands of languages spoken in the Africa continent. The continent’s linguistic diversity is widespread. However, only few languages are official languages.

The languages of Africa have undergone a number of language deaths, language shifts, language expansions and language contacts. Some of the sub-branches because major branches. The Bantu speakers covered most of the areas of Sub-Equatorial Africa and in the process displaced the peoples speaking Khoisan. The Arab expansion brought Arabic to the Horn of Africa and most of North Africa.

Trade languages also helped change the linguistic landscape in the African continent. So, from being mere trade languages, some of them became lingua franca, such as Arabic, Somali, Swahili, Lingala, Hausa, Fulfulde, Jula and Berber.

When the African countries gained independence from their colonizers, they each selected 1 language for national unity, which they use for education and government, although nowadays, most of the African nations support linguistic diversity.

Here are some of the official languages in the continent of Africa:

As you can see, the diversity of Africa languages is so vast that we’ve barely scratched the surface. The main language groups have braches and sub-branches and smaller branches, creating a very intricate language tree.

Day Translations, Inc. is a professional language company providing accurate interpreting and translation services for a multitude of clients around the world. While we have tried to present most of the languages spoken in the African continent, this list is not complete. Many more cultures and languages in Africa need further study.

Do have something to add about your experiences on African languages or culture? You are welcome to share them here. 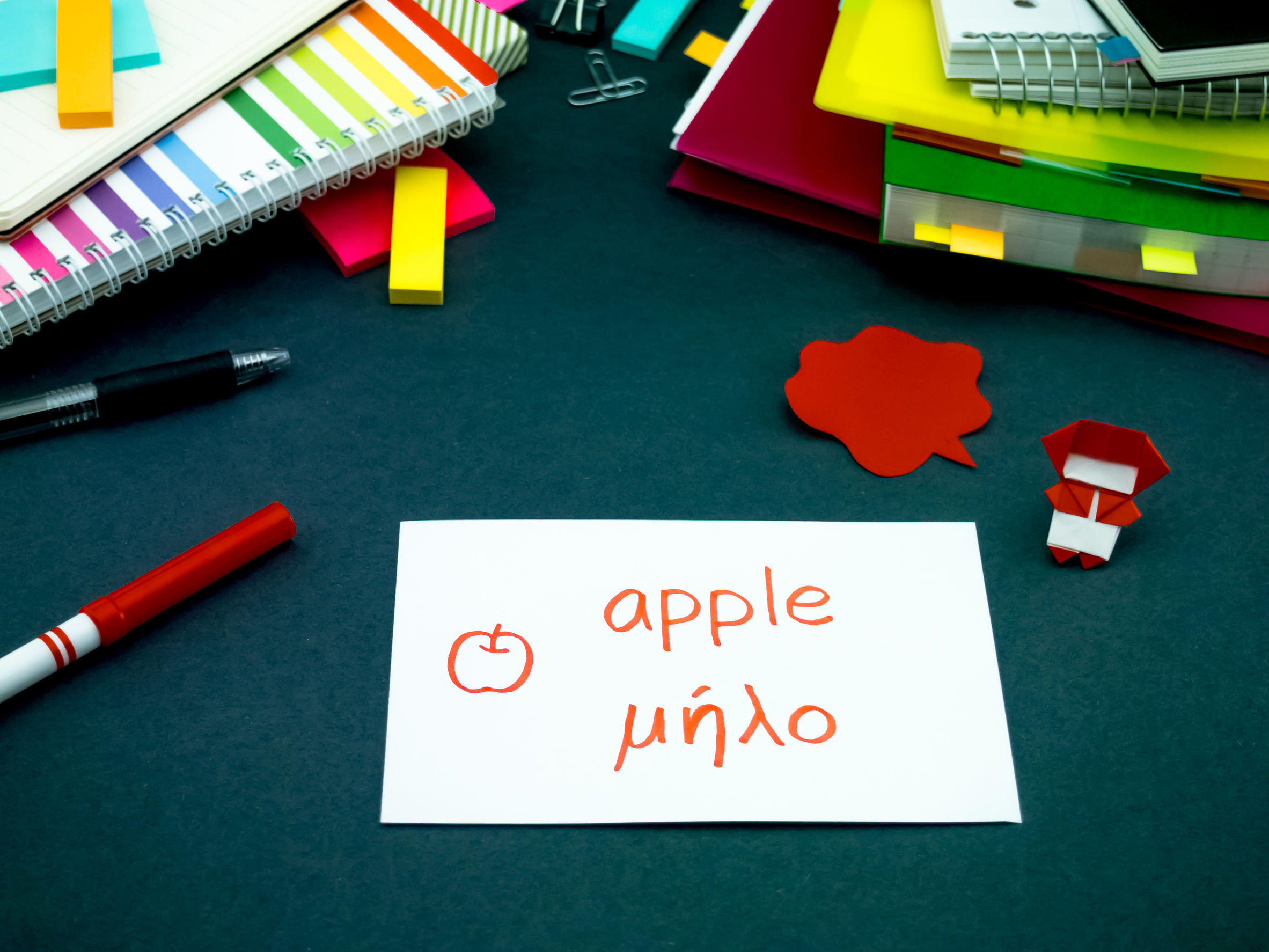 How Do Translators Translate the Unt
Languages, World 5 Min Read 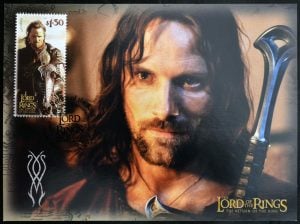 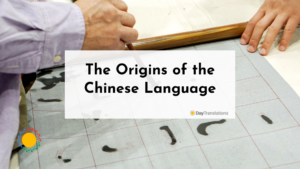