Italian, the Language of Music, Architecture, the Arts, Fashion and Gastronomy

You might be familiar with “ciao” because it is already a word that is frequently and regularly used by many people in the United States and elsewhere. It can mean hello and also used when you say “bye.” “Come state?” means how are you? and “Parla italiano” is Italian for “Do you speak Italian?” Many people, even unknowingly, already know several Italian words. It loaned a number of words often used in architecture, the arts, music, food and fashion.

Italian, a member of the Romance language group is mainly spoken in the Vatican City, San Marino and Switzerland and of course, in Italy. In smaller numbers, it is also spoken in Somalia, Eritrea, Libya, France, Slovenia, Croatia, Monaco and Malta and also in the expatriate communities in many parts of Australia, Canada, Argentina, Chile, the United Kingdom and the United States. More than 15 million Americans can trace their lineage in Italy in the same way that millions of Italians are descendants of immigrants that tried their luck in the United States.

13% of the population in the European Union speak Italian while the number of native speakers is about 63 million as of 2007. Nearly 3% or about 14 million people in the EU speak Italian as a second language and worldwide, the count is over 85 million. Italians as a group helped in developing and shaping the culture of Switzerland and it’s no wonder that the language is one of the four official languages in the western European country of Switzerland. It is taught in school and is the mother tongue of the residents of the cantons of Ticino and Grigioni.

The common Italian today is a variant of Standard Italian even if it was based on the Florentine Italian. The derivation of the language depends on the level of education and formality of the occasion. The sound of the Italian language is a bit similar to Spanish and Latin while its grammar is almost the same as the other Romance languages. Italian also has noun and adjective agreements and uses definite as well as indefinite articles. It has feminine and masculine genders. Likewise it also has progressive and perfect verb tenses. In the plural form is where Italian is quite distinctive because the language uses “e” for feminine and “i” for masculine instead of adding “s” or “es.”

Italian normally has a full complement of alphabets, although generally it only uses 21 letters, because the letters “j,” “k,” “w,”, “x” and “y” are considered as foreign and used more often on foreign loan words. The pronunciation of these letters depends on what words they are used.

Several Italian words have crept into English and without you realizing it you are already speaking some Italian words, although these may have been now Anglicized. Most of these are musical and architectural terms and if you are a foodie, you’ll recognize some of these Italian terms as well.

The Italian language has rhythm, it is musical. That is one of the secrets of sounding authentically Italian. Of course you also have to know at least some basic words and phrases, some of which you listed here.

An Italian phrasebook will teach you more words and phrases and will be of great help when you want to visit Italy in the future. In the meantime, you can already practice by saying ciao, arriverderci and grazie with your friends and si sarà bene (you will be all right). 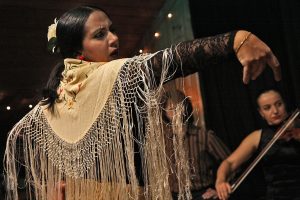 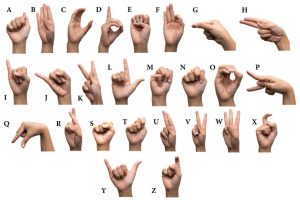