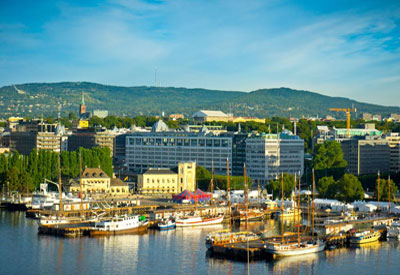 Interesting trivia: The geography of Norway resembles a downward-facing tadpole with a very long tail.

The Kingdom of Norway is a delightful place to visit, with a mix of the old and the new as well as many natural wonders that truly make Norway unique. Norway has about 4,000 fjords, with two being listed in the UNESCO World Heritage sites, the Geirangerfjord and the Nærøyfjord. The longest is Sognefjord while one of the famous fjords is the Hardangerfjord that is lined with apple and cherry trees. Norway is famous for its indigenous Sami people, the legendary Vikings who inhabited the kingdom from AD 800-1050, the fantastic and very colorful dance of the northern lights and the summer midnight sun. Not to be forgotten are the folkloric trolls. Norway is home to a January 1, 2011 estimated population of 4,923,000. It is a wealthy nation and based on a per-capita, it is the largest oil and natural gas producer (outside of the Middle East) in the world.

The earliest known settlement in Norway was from the period between 9000 and 8000 B.C. There were also discoveries to prove that Norway has been settled since the latter part of the ice age. Norway, officially called the Kingdom of Norway was made famous by the Vikings, who had settled in Norway since the Middle Ages. They were fearless warriors, raiders, explorers as well as traders. They controlled much of Scandinavia, Greenland and Iceland and were also present in Britain, Ireland and even in France around AD 800 to 1100. Their strong ships have sailed to Greece, Newfoundland, and Constantinople and even up to portions of Northern Africa. The Vikings were very highly skilled in boat building and have created the famous longships with wide and flat hulls. They were fearsome; they raided, looted and killed. From being grouped into small communities, the Vikings were unified and ruled by the first supreme ruler of Norway, King Harald Fairhair, or Harald Hårfagre in Norwegian. He later founded the Fairhair dynasty.

The raids into other countries by the Vikings continued for two centuries and only tapered down when King Olaf I Tryggvason, descendant of King Harald Fairhair adopted Christianity in 994. The conversion of the Kingdom of Norway to Christianity took several decades. Their travels also brought the Black Death or bubonic plague into Norway and nearly decimated the population. The plague lasted from 1349 and prevailed until 1351.

With the nation being christened and rule by one monarch, Norway formed a union with Denmark and Sweden that lasted for over two centuries from 1397 up to 1523. The union of Kalmar came to a halt when Sweden seceded and Norway became a tributary of Denmark with most of the country’s possessions lost.

Norway was under the rule of Denmark for almost 400 years until a resistance movement was formed and a new constitution was adopted. However, Sweden came and invaded the country, with an agreement that Norway will be able to keep its constitution although the country had to accept that they will be ruled by a Swedish king.

In 1905, the culmination of the rise of nationalism in Norway led to a national referendum for the country’s full independence. It displayed neutrality in the First World War but incurred losses to its shipping industry. It again remained neutral when the Second World War broke but was briefly occupied by Nazi Germany for five years between 1940 and 1945. In 1949 though, Norway signed and treaty and became a NATO member, which declared the abolishment of its policy of neutrality during wars among nations.

Oil and natural gas were discovered in Norway in the latter part of the 1960s and greatly boosted the economy of the country, which greatly raised the standard of living in Norway, higher than the standard of living prevailing in other countries in Europe. Referenda for Norway to join the European Union had been held in 1972 and again in 1974 but so far the nation does not want the membership to happen. Norway, however keeps a close association with the greater European Economic Area which allows it to have internal trade with the EU member countries without being a legitimate EU member.

The country Norway is quite rugged, with about two-thirds of the land covered with mountains. It also has one of the world’s longest and most rugged coastlines. Its coastline is dotted with about 50,000 islands and its location on the map makes Norway a very important gateway to the air routes and sea lanes in the North Atlantic.

Location
Geographically Norway lies 62° 00’ 00” north and 10° 00’ 00” east. It is located in the northern part of Europe and borders the North Atlantic Ocean and the North Sea, with Sweden on its eastern side.

Boundaries
Slightly larger than the state of New Mexico, Norway shares land boundaries with three nations. It shares a border with Russia for 196 kilometers and Finland for 727 kilometers on its northeastern side. Its longest land border is shared with Sweden on the east, which is 1,619 kilometers. The rest of Norway is bordered by water with the Barents Sea, an arm of the Arctic Ocean on its northern side. The southern coast is bordered by Skagerrak Strait and the North Sea while the Norwegian Sea hugs its western side.

Climate
The North Atlantic makes the weather in Norway temperate. Its west coast experiences rainy weather the whole year while the interior sections of the country is colder, has increased precipitation and cool summer.

Terrain
Norway has a glaciated terrain, covered with rugged mountains and high plateaus, interspersed with valleys. There are scattered plains that are deeply indented by numerous fjords. The northern section of the country has arctic tundra or permanently barren and frozen subsoil where it is impossible for anything other than heath, lichen and moss to grow.

Elevation Extremes
The lowest point in Norway is the Norwegian Sea, while the highest point is the Galdhøpiggen. Its English translation is Galdhø Peak. It rises to a height of 2,469 meters. It is the highest mountain in the Scandinavian region as well as in Northern Europe. Galdhøpiggen is located in Lom, a municipality in Oppland where the Jotunheimen mountain range is found. It is the highest of the more than 500 mountains in Norway.

Natural Resources
Norway is rich in natural resources, with deposits of iron ore, copper, zinc, titanium, nickel, pyrites and lead. It is also rich in hydropower, in fish and in timber. Norway is the largest producer of natural gas and petroleum outside of the Middle East on a per capita basis.

Land Use
The rugged landscape of Norway makes it difficult for farmers to engage in agriculture, with only 2.8% of the land area being arable, with 0% planted to permanent crops. The rest of the land or 92.4% is allocated for other uses, according to 2007 available data.

Natural Hazards
Norway due to its mountainous terrain is prone to snow avalanches and rockslides. There is one active volcano in Norway, Beerenberg located in the Norwegian Sea on the island of Jan Mayen. It rises to a height of 2,227 meters. It is the northernmost active sub-aerial volcano in the world. It is also a stratovolcano with ice-filled crater, with several glaciers, five of which reach down into the sea. Beerenberg’s last eruption occurred in 1985.

Current Environmental Issues
Industrialization and modernization brought several environmental issues to Norway, including air pollution for vehicles and water pollution. There is acid rain in Norway that is seriously affecting its lakes, enough to threaten the country’s fish stocks. Acid rain is also causing damage to the forests of Norway.

The inhabitants of Norway are called Norwegians. Singular form is Norwegian, a term also used as an adjective to indicate the nationality of the people from Norway.

Population
As of January 4, 2011, the population of Norway is 4,937,000, unevenly distributed across the country, with some areas very sparsely populated due to its rugged and mountainous terrain. Most of the inhabitants of Norway are located in the southeast and urban areas like Oslo, the nation’s capital. Its net migration of 1.7 from neighboring Sweden and Denmark helped increase the population. Its very slow population growth is estimated to be only at 0.329%. The current fertility rate is 1.77 children for every woman, which is still below the 2.1 replacement level, which determines population growth.

Median Age
According to the 2011 estimates, the current median age for women in Norway is 40.8 years, greater than the 39.1 average for the men. The average overall is placed at 40 years.

Birth and Death Rates
In the 2011 estimates, the birth rate in Norway at the moment is 10.84 births for each 1,000 inhabitants while the death rate is estimated to be around 9.24 for every 1,000 members of the population.

Infant Mortality Rate
Out of the total population, the infant mortality rate is placed at 3.52 deaths for every 1,000 born alive. There is more deaths in the males with 3.85 while 3.17 infant deaths are occurring for every 1,000 females born in Norway, based on the 2011 estimates.

Life Expectancy At Birth
The females outlive the males, with the life expectancy of the females placed at 83.02 years according to estimates done in 2011, while the males reach an average age of 77.53 years. For the whole of Norway, the average is 80.2 years.

Ethnic Groups
Norwegians comprise 94.4% of the population, which includes the indigenous Sami, which numbers about 60,000. There are other European groups (3.6%) and other mixed groups that comprise about 2% of the Norwegian population.

Religions
The predominant religion in Norway is the Church of Norway, a Protestant Christianity religion that has a following of 85.7% of the population. Other religions include the Pentecostal with 1% and Roman Catholic with 1%. Some members of the population follow other forms of Christian religions, comprising 2.4%. There is also about 1.8% following the Muslim faith while 8.1% follow other religions.

Literacy
With government-subsidized higher education is very high, with 100% of the population age 15 and over being able to write and write. The average number of years a male student stay in school is 17 years, and the females staying one year longer. 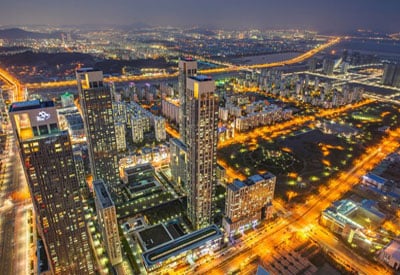