Foreign Laws That Could Benefit America

For many people, encounters with the foreign laws of a country are often linked to customs offices and visas. Traveling opens people’s minds, changes their ways of thinking and adds to his knowledge of other cultures. Although these are the only foreign laws that many travelers encounter, each country has various laws and regulations that affect the lives of people on a daily basis. The laws of a country reflect the beliefs and values of its native population.

While the names may be different, there are different categories of laws that are essential to each country. They are:

From these categories, you can find four different types of law: criminal, civil, common and statute (statutory laws).

These laws are created to protect the entire society from any unlawful actions. The police normally take action on criminal activities. Criminal laws concern the following:

These laws cover various acts and offenses, such as drunk driving, driving under the influence and speeding, drug use, carrying of weapons, rioting, assault, trespassing, arson, littering, harassment, passive smoking and more.

These laws were created to resolve issues between groups or individuals, usually with the help of a trained legal practitioner and the courts. Civil laws cover issues such as contract laws, family laws and employment laws.

These laws are a set of unwritten laws. They are legal examples that were established based on the judicial decisions made earlier that become the basis for court decisions on unusual cases.

Statute laws are written by a country’s legislative body, which are deliberately created by legislators and passed through a legislative process. An example is a traffic law such as violation of the speed limit.

Although the United States has enough laws for proper governance like other developed countries, there are still laws from other countries that would be beneficial to the U.S. They may need some fine-tuning, but it could help make the country a more desirable place to reside.

Desirable laws that the U.S. can adopt

1.     Bolivia’s Law of Mother Earth
Evo Morales, the president of Bolivia enacted a law called Ley de Derechos de la Madre Tierra or Law of the Rights of Mother Earth. It was passed on December 2010. Under this law, Mother Earth is a collective subject of public interest [sic]. It states that the life systems and Mother Earth are holders of inherent rights. This means that both are entities that have their own rights and they should not be treated as commodities that anyone can exploit. In October 2012 the law was revised and expanded into the Framework Law of Mother Earth and Integral Development for Living Well.

2.     Bhutan’s Gross National Happiness
We’ve all heard and read about gross domestic product or GDP, which measures the wealth of a country. Bhutan expanded the concept to include other factors such as environmental quality, community vitality and psychological well-being. The Gross National Happiness (GNH) of Bhutan is a full-bodied survey tool to measure the general level of well-being of the country’s population. With this law, any policy proposal submitted to the government must first pass the review process of the GNH. The review is almost the same as the U.S. Environmental Impact Statement.

3.     Germany’s Renewable Energy Sources Act
Several forums, summits, conferences, dialogues and debates have been held over the years to tackle use of renewable energy but no realistic outcome or mandate has been set. That is until Germany issued the mandate for Renewable Energy Sources Act in 2014. This means that 80% of Germany’s power must come from renewable energy sources. The target date for its fulfilment is 2050. It is part of Germany’s long-term commitment to protect the environment.

While the Act has undergone many revisions, the country started the transition process by building the required infrastructure. Solar energy source installations, wind turbines and other processes including the overhauling of the country’s energy grid are already underway.

4.     Mexico’s and the United Kingdom’s Climate Change Act
Climate change has been the subject of discussions by world leaders but the first countries to issue national legislation for climate change are Mexico and the United Kingdom. The 2008 Climate Change Act of the UK requires that greenhouse gases should be reduced by 80% between 1990 and 2050. The National Institute of Ecology and Climate Change of Mexico recently established a central agency to manage all the country’s climate policy implementation.

5.     Various countries’ ban on GMO
In the United States, 70% of the processed foods and around 90% of the cotton, soybeans and corn grown on American farmlands use genetically modified organisms or GMOs. GMOs help make plants resistant to insects, herbicides and drought. Some have been created to increase the nutrient levels of crops. Many consider GMOs as health risks for people, plants, animals and the environment. Thus, several countries, such as Russia, Bolivia, Peru, Kenya and several other EU countries are favoring the partial or total banning of the use of GMOs.

6.     Various countries’ GMO labeling
The increasing awareness regarding the health risks of using products with GMOs have inspired several countries to require GMO labeling on imported crops and food products. Several countries do not issue an outright ban but they do require foreign manufacturers and producers to indicate foods that have GMO in their labels. Among the countries requiring GMO labeling are South Africa, Chile, India and Thailand. Other countries that enforce GMO labeling requirements include Saudi Arabia, China, New Zealand, Australia and Japan.

7.     Cuba’s Urban Agriculture Law
More than half of the food imports of Cuba were lost due to the collapse of the Soviet Union in 1989. Faced with the huge problem of how to feed its huge population, Cuba realized that they have to find an immediate solution.

8.     Costa Rica’s Environmental Education
Many people have realized the importance of teaching good practices to young children, so that they will not forget what they have learned. Caring for the environment has touched the lives of many, especially those who have suffered tremendous losses through the damages created by humans to their environment.

Costa Rica is one of the countries that believe they should promote environmental stewardship to young children who will later become the environmental guardians of the future. The government passed the Environmental Protection Awareness in Primary and Secondary Education Law specifically for that purpose.

9.     The Netherlands’ Cycling Laws
Using a bicycle is one way to get around. It is healthier and it protects the environment, as a bicycle does not use fuel. The Netherlands is one country that aggressively supports a bicycle culture and even has laws for it. They have special traffic laws for bicycle users. They have designated bicycle lanes and laws to ensure that cyclers remain safe while on the road through the Dutch Bicycle Master Plan of 1999. Moreover, one of their bicycling ordinances requires children around the age of 10 to take a riding test and pass a written exam.

10. Nepal’s Recognition of the Third Gender
Nepal is a developing Asian country where the majority of the population practices Hinduism. For many years, the third sex has suffered discrimination. Following the practices of Pakistan, Bangladesh and India, Nepal passed the Third Gender Law in 2007. Under the law, the members of the third gender, called metis, are issued citizenship certificates. The law applies to those who do not want to identify themselves as female or male.

11. Chile’s, France’s and Canada’s Automatic Voter Registration
In the United States, voter registration is voluntary. The situation leads to low turnouts and confusion every time there is an election. In Chile, France and Canada, citizens are automatically registered as voters when they turn 18. This leads to more people voting during election day, compared to the turnout that typically happens in the United States.

These are just some of the laws that the United States could adopt to ensure that a better life for its citizens. Others that are favorable to Americans are the Universal Health Care, Parental Leave, Mandatory Paid Vacation and more.

Every translation project is different and each one has its own degree of complexity. While some are standard translation, others require more, such a legal translation. The legal language is complex and precise. A single error in a term can have costly repercussions.

Ensure that your legal translation requirement is handled by subject matter experts. They are professional translators who have years of experience in a specific field, thus they have the knowledge and feel for the subject. They also understand the right terminology and jargon. Day Translations, Inc. is a legal translation company that provides highly accurate legal translation for various local and international clients.

We have subject matter experts who live in-country and are native speakers, which is an assurance that they have a deep understanding of local culture, language and legal processes. We can easily connect you to a legal translator by calling 1-800-969-6853 or sending us an email at Contact us. There’s no waiting when you work with Day Translations. We are open 24 hours a day, every day of the year, to serve your language services requirement whenever you need it, wherever you are located.

byDay Translations -
0
3
6k
Technical translation involves translating such documents as user guides, owner’s manuals, instructions for use or directions for use and other. 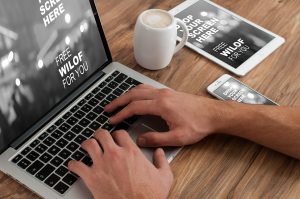 Translation
Do You Have What it Takes to Work as a Professional Translator?

byGuest Blog -
0
3
4k
There’s a myriad of benefits to working as a professional translator. There is always a high demand for good translators...

Translation
What’s in a day and where did the names of the days of the week come from?

byBernadine Racoma -
0
6
3k
Mother’s Day is one of the most celebrated days of the year. In fact, it’s the busiest day for restaurants...
View All Topics