The UN and the World Celebrate Chinese Language Day

Six languages are used officially in the United Nations – English, Spanish, Chinese, French, Arabic and Russian. Mandarin Chinese became a UN official language in 1946. But it was difficult for the language at the initial stage because it was not used frequently in the UN. Its status improved in 1971 when the lawful rights of the PRC (People’s Republic of China) were restored in the United Nations. Chinese was added as a working language at the UN General Assembly in 1973. It became a working language in 1974 at the Security Council.

How the date was selected

The Chinese people are full of age-old traditions and beliefs. They check auspicious dates for specific events and different occasions. April 20 was chosen from “Grain Rain” (Rain of Millet) or Gu Yu. It is the 6th part of the 24 solar terms found in the traditional calendars in East Asia. In the Gregorian calendar, the approximate date is April 20, thus it became the day of the Chinese language. It is the time when the early rains provide nourishing moisture to allow grains to grow rapidly. The date likewise honors Cang Jie, who is believed to have created written Chinese 6,000 years ago. He was regarded as the Yellow Emperor’s official historian. Gu Yu is celebrated in China and Japan.

According to local legend Cang Jie possessed four eyes and pupils. At the time when he invented the Chinese characters, the ghosts and the deities cried. The heavens rained millet on that day as well.

The first Chinese Language Day was observed by the United Nations on November 12, 2010, which was changed to April 20 the following year.

At the headquarters of the UN in New York, several activities are lined up to highlight the beauty of the Chinese language including film screenings, lectures, panel discussions and various workshops. It is usual for the UN to invite Chinese calligraphers, poets and authors. There are also calligraphy exhibitions, performers of martial arts and Chinese music concerts.

Various countries with Chinese diaspora celebrate Chinese Language Day with different activities that focus on the contribution to the world of Chinese language, poetry and literature.

Language plays a big role in a country’s history and culture. It symbolizes the achievements of its people. China is one of the oldest countries is the world. The name originated from “Cina” a Sanskrit term that the Persians translated into “Cin.” The Greeks and Romans call China “Seres” because it was where silk originated. Marco Polo called China, “Cathay.” “Zhingguo” that translates to ‘middle empire” or ”central state” is how speakers of Mandarin Chinese call their country.

The Chinese language has a 6000-year history, making it one of the world’s oldest written language and deserving of having a day of its own. So many facts are available regarding one of the oldest languages in the world.

Right now the Chinese language has the most number of speakers. According to Ethnologue about 1.3 billion people speak Chinese as their first language. Specifically, Mandarin Chinese has 909 million first language speakers found in 13 countries.

Historically, China is said to have existed since 2070 BC, with Xia being its first dynasty. Evidence on the existence of an ancient written form of the Chinese language was verified when the Oracle Bones or Dragon’s Bones were discovered. The bones were used for divination and were commonly used during the Shang Dynasty. However, some other oracle bones were found to have come from the Zhou Dynasty (1046 BC to 256 BC) that existed after the Shang Dynasty (1600-1046 BC).

Not just one language

The sheer size of the country explains why so many variants of the Chinese language exist in China. The main dialects include Mandarin that enjoys official language status in China, Singapore and Taiwan. Next is Cantonese that is spoken in Hong Kong, Macau, Guangzhou and North America. Hokkien is used in Fújiàn, Thailand, Indonesia, Malaysia, Singapore and Taiwan, where it is called Taiwanese while Wu is used in Suzhou, Wenzhou and Hangzhou. Each of them has sub-dialects as well.

Other Chinese language variants are Huizhou Chinese, Jin Chinese, Hakka Chinese, Mon Chinese, Wu Chinese, Xiang Chinese, Yue, Pinghua and Ba-shu. Other versions continue to evolve because of the merging of other variants or dialects, such as Linghua, Maojia, Shaozhou, Tuhua, Tangwang, Waxiang and Wutun.

The Chinese language is hailed as the world’s oldest written language. It is a pictographic language that uses symbols instead of letters. Each character or symbol represents a word. A huge part of the Chinese characters is written representation of spoken sounds with corresponding meanings. About 40,000 characters comprise a large dictionary. An average person should be able to read about 2,000 to 3,000 characters to read a Chinese newspaper.

In most cases the differences that exist among spoken Chinese make the various dialects mutually unintelligible. The situation is different when it comes to the written language, which is a more effective way for the Chinese people to communicate.

However, it should be noted that the written forms of the language still have subdivisions. They have traditional, simplified and phonetic or informal slang. Add ”pinyin” to the mix, where Roman spelling is used to make Chinese language easier to learn by language learners.

The classical or traditional Chinese writing system is the form used and taught in Taiwan, Hong Kong, Japan, Korea, Malaysia and other countries. Several newspapers, textbooks and even movie subtitles use traditional Chinese characters. In the U.S., the Chinese newspapers Sing Tao and Ming Pao are printed using the traditional characters. The same newspapers are read by Chinese people who speak Cantonese in Hong Kong. The Chines newspaper, ”World Journal” is favored by Mandarin Chinese speakers in the U.S.

In China, the dominant type of writing is the simplified version, which is the form taught in Mandarin Chinese schools locally and internationally. The characters use fewer pen strokes. It’s been used for several decades but was only accepted officially in the 1950s after the People’s Republic of China (PRC) was founded. The new government wanted to improve the people’s literacy. Subtitles of videos and news reports coming from China are written in simplified Chinese. Simplified Chinese is also used by the “People’s Daily” or Ren Min Ri Bao, a Chinese newspaper. Those who are used to Simplified Chinese may not be able to read classical Chinese.

The phonetic characters were developed by speakers of the Cantonese language. In an informal setting like in the entertainment or comics sections of magazines and newspapers, the informal slang is used together with traditional Chinese to make it easier to pronounce the Cantonese dialect. The informal slang characters are not included in a dictionary and people from Taiwan, China and other countries must be able to recognize the informal characters to enable them to read all the sections of newspapers from Hong Kong.

Pinyin is a special case. Pinyin uses the English alphabet as well as spelling to make it easier to pronounce the Chinese words. Pinyin has been used to transliterate Chinese languages from 1892, although the system was not used for location and personal names. It was only in 1977 when officials from China formally request the UN to use pinyin for naming various locations in the country. Pinyin is generally used by people who are learning Chinese Mandarin and those who are more familiar with the English alphabet.

Large groups of immigrants from Southeast Asia, Hong Kong and China regularly come to the United States. These groups primarily speak a dialect of the Chinese language. The Chinese people tend to have close family ties and depend more on their communities for support. The lack of English language skills prevent them from associating with other cultures.

They would often rely on their relatives and children who are able to speak English to translate or interpret for them, which could lead to some miscommunication issues.

Day Translations offers Chinese translation services. We only work with native speakers who are located worldwide. For accuracy, specify the Chinese dialect or variant you require, such as Mandarin, Cantonese, Hakka, Yue, Hokkien or another Chinese dialect. For a quick quote, you can contact us or call us at 1-800-969-6853. We’re open 24/7, every day of the year.

To all of our Chinese clients and friends, Happy Chinese Language Day! 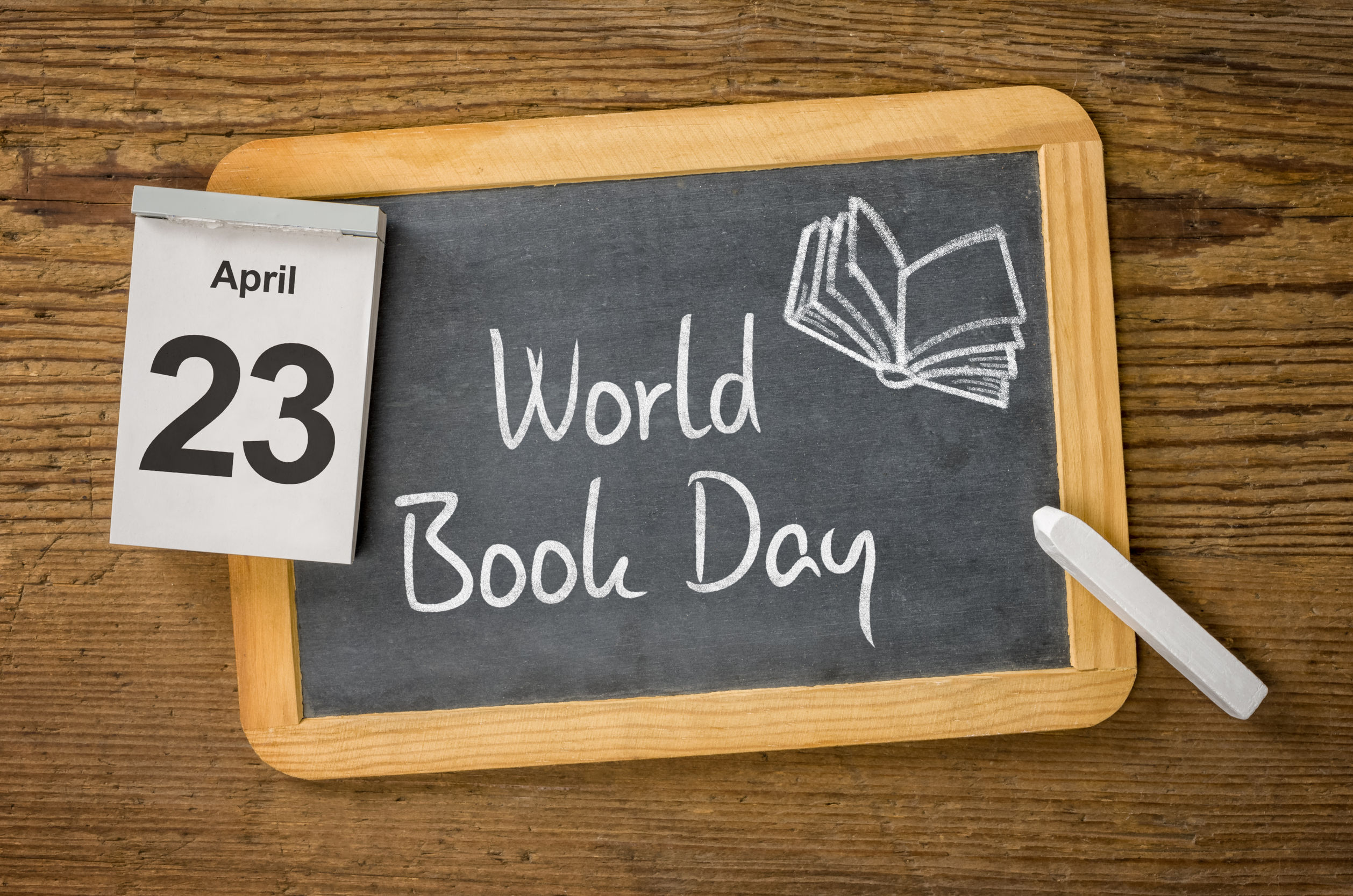 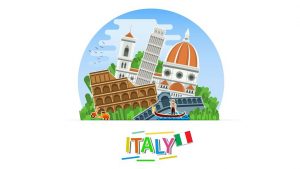 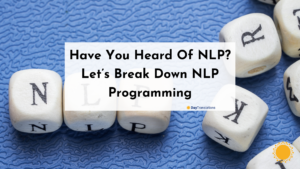