Winter Solstice: The Time that Signals that Nights will be Longer

Winter solstice is the time when the sun it at its lowest altitude above the horizon when it appears at noon. This year 2012 the winter solstice will occur at 11:12 in the morning of December 21. It’s just a fleeting moment but many people anticipate its coming. It is the signal that winter officially starts, that the days will be shorter as the nights grow longer.

What is a solstice?
A solstice is one of the many astronomical events. It happens twice a year, and occurs when the sun reaches its lowest or highest altitude. The word solstice came from the Latin word for sun, sol and the phrase to stand still, sisteri. The equinoxes and the solstices are related to the seasons, marking the start or the middle of summer and winter. The summer solstice is the longest day of the year and the day the winter solstice occurs is the shortest.

Significance
Whether it is the summer or winter solstice, it has been of significance to people since Neolithic and Bronze Ages. This is proven by the layout of excavated sites, including the layout of the stones in Stonehenge in Great Britain and the Newgrange monument in County Meath, Ireland. It had been part of the celestial navigation devised by ancient Greeks. In East Asian calendars, the equinoxes and the solstices mark the height of the summer and winter seasons. In China the winter solstice is called Dōngzhì, while it’s called Tōji in Japan. Koreans call it Dongji while it is Đông chí in Vietnamese.

The Saami people of Norway, Finland and Sweden worship Beiwe Festival during the winter solstice. The Kalash people of Pakistan observe the Chawmos. The Chinese take a purifying hot citrus bath during the winter solstice followed by consuming glutinous rice balls. Koreans prepare sweet red bean porridge with glutinous rice balls. Koreans also believe that red beans have the power to drive away ghosts and based on tradition will spray their houses with it during that day. Mali in West Africa celebrates the day with the Goru Festival, while Punjab in India celebrates the occasion with the Lohri festival. North America’s Hopi and Zuni peoples observe the winter solstice with their own Soyalangwul festival.

There are many beliefs surrounding the winter solstice. For some it is spiritual, as they consider it the time when Horus was born in Egypt, the birth of the Unconquered Sun in ancient Rome and correlate it to the birth of the feathered serpent seen in Mexico’s Chichen Itza. Looking at it from the scientific point of view, these beliefs and celebrations were held because the ancient peoples did not know that the winter solstice occur because of the earth’s tilt. They had to offer these festivals to coax the sun to come back to the north, which it inevitably does, even without the festivals and offerings. Thus most of the celebrations are centered on rekindling the light, as seen in festivals such as the Hanukkah and the lighting of the Menorah, the yule log of Scandinavia and the lights that people put on their Christmas trees.

Languages
Basics of Learning Mandarin, the Most Sp
by  Bernadine Racoma
0
6
5k 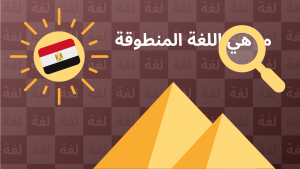 Arts and Culture
What Language is Spoken in Egypt? The Li
by  Milagros Perez Segura
0
6
2k