To carry on with our anniversary translator feature, we’re showcasing more people working hard behind the scenes! I had the pleasure of interviewing Belén, an Argentinian English to Spanish translator who’s been with us for almost eight years. Throughout our feature series, we’ve come to realize just how much work and dedication is involved in being a translator.

And another interesting fact for you? The industry is mainly dominated by women! What is it that draws women to this profession? Are they better at languages than their male counterparts? Or does the appeal of working from home allow them to balance their personal and professional lives better? We’ll be taking a closer look at that in the weeks to come. But without further ado, let’s hear from Belén and her experiences working as an English to Spanish translator. 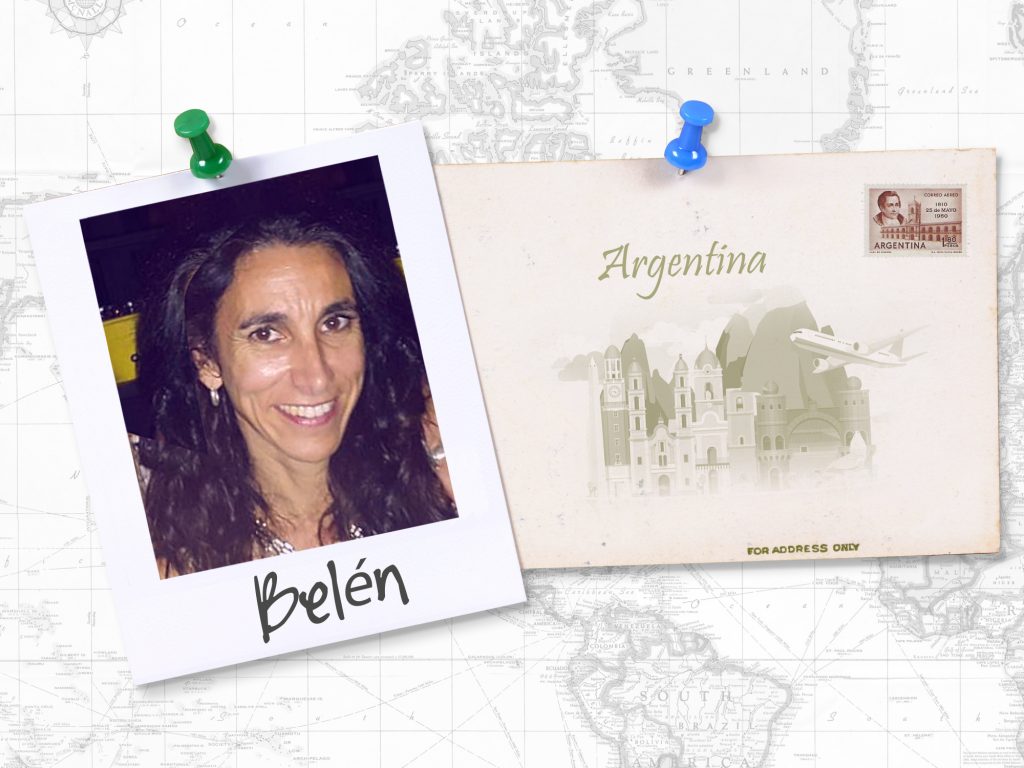 Here I asked for some insights into Belén’s background. What motivated her to become a translator in the first place, and the passions that keep her dedicated to this career. Over to you, Belén!

1. Can tell us about your background?

My name is Belén and I am an English to Spanish translator from Argentina. I am a cheerful and positive person, committed and with self-discipline. I started English classes when I was seven, “forced” by my Mom, although I was not very interested in the language, to be honest, and I had no contact with the English culture whatsoever. But gradually, I started to see that English was useful, especially for understanding songs!

I started my career at university because I liked traveling and thought English was going to be helpful. Besides, my Mom always said: “Study English and you will always have a job.” And she was right!

At the School of Languages of my city, I had to choose between being a teacher of the English language or a sworn translator. Since I thought living in a Mediterranean city would make translation hard (Internet was not a boom at that time) I studied both careers and got both degrees, just in case. With Internet, the reality of this profession changed completely.

2. Did any event or particular role model help you find your way?

When I was in my teens, there was a friend of mine who I admired and she spoke English so well I just wanted to be as proficient as her! Then, after I got my degree I started to teach, but that was not my vocation.

An Argentinean psychologist who lived in New York suggested that I looked for work on “Craigslist.” I began the patient task of seeking ads posted in all the cities, one by one, until eventually, I began receiving small assignments. After some months of my patient daily search, I found an ad by Day Translations. That was the beginning of the rest of my life!

If you’ve ever wondered what a translator does every day, Belén can give you some insights. Here we find out what being an English to Spanish translator is all about and what she enjoys the most.

3. Do you work as a full-time freelance translator?

Yes, I have been working as a full-time translator for around eight or nine years now. It all began together: working for Day Translations and becoming a full-time freelancer.

4. What does your job involve?

Being a freelance English to Spanish translator requires spending a lot of time alone. In the beginning, it was very hard for me to be alone at home almost the whole day. And it is stressful to work with kids around and a Mom who does not quite understand that I am working!

Also, working at home makes it hard to put a limit to your work schedule. I work on weekends and late at night if I need to fulfill a due date. But apart from that, I can decide what projects to accept, and I can manage my own time, which is priceless. My work is so fantastic!

Although working at home is tiring and demanding, I just love my lifestyle. In the future, I would like to be able to have a couple of other translators working for me, kind of being a small project manager at home!

5. How did you pick your specialization?

It was just by chance. I began working in a law firm and translated contracts and agreements. I had not imagined or planned any specialization, but I like this one.

6. What translation projects have you learned from the most?

I can’t single out one particular project, but have learned the most from the corrections and editions made by editors and project managers. I never forget a correction.

7. What makes you unique in your field?

I know I am not unique! There are many good translators out there. I just try to stand out by being 100 percent committed and fast. My clients know that if I accept a project I will just deliver on time. No matter what it takes.

When the translation is long, I divide the number of pages or words that I must translate in one day to reach the due date. I do not go to bed until I have finished that day’s task.

Fulfilling my commitments, learning from my mistakes and earning enough to support my kids are all huge motivators for me.

Related Post: 7 Skills Every Successful (Freelance) Translator Must Have

Being good at your job doesn’t always mean you enjoy it. But Belén is lucky to say that she loves her work. Being an English to Spanish translator is a passion for her. Let’s find out about her personal anecdotes and motivators here.

8. Do you have any translation anecdotes you can share?

Day Translations sent me a long book to translate some years ago with a tight due date. I accepted the project but had to organize my maid to come more hours to help me with my kids’ meals. I figured out I had to work at least 10 hours every day for a whole month including weekends!

But the book was so long I could not sleep at night thinking I would have to ask for someone to help me, I was stressed out! After some days I realized that, since the vocabulary was not difficult, I was working fast, so I finally started to relax. With the money I earned, I make a down payment to my Mom, who sold me a small apartment.

You have to be persistent in your search for clients to succeed, especially when starting out. It took me around three years and many hours a day looking for ads on the Internet to be able to find good clients. It also cost me some discussions with my partner, who was tired of seeing me at the computer looking for work. The hardest part is not being a good translator but being accepted by an agency.

9. If you could do it over again, would you choose the same path?

Yes. But the only thing I would change would be working in an office for some part of the week at least.

Finally, Belén, don’t hold back. Give it to us straight…

10. How has Day Translations been a part of your life?

I have three main clients and Day Translations is the most important in terms of load of work. First of all, I was able to get divorced because I started to earn enough to support myself and my kids. Apart from my daily living, thanks to DT, I was able to save to buy my first car and pay part of an apartment. Some years later, I traveled to Europe and could pay for my kids’ vacations.

I would like to take advantage of this interview to thank Mr. Hopwood in the first place for the professionalism and commitment that characterize him. And second, to the project managers who are always so understanding, human and kind!

It is hard to understand how people I have never met can feel so close just with small chats we have had on Skype, or seeing pictures of them and their families on Facebook. It soothes my lonely translator soul… I just love the DT human team!

Aw, thanks so much, Belén! All the team here at Day Translations love you too! We really appreciate your hard work and dedication. Without doubt, we could never have reached our 10-year anniversary without our amazing team!

We hope you enjoyed part three of our anniversary translator feature! Check in again next week, when we’ll be speaking to another valued member of the DT team! 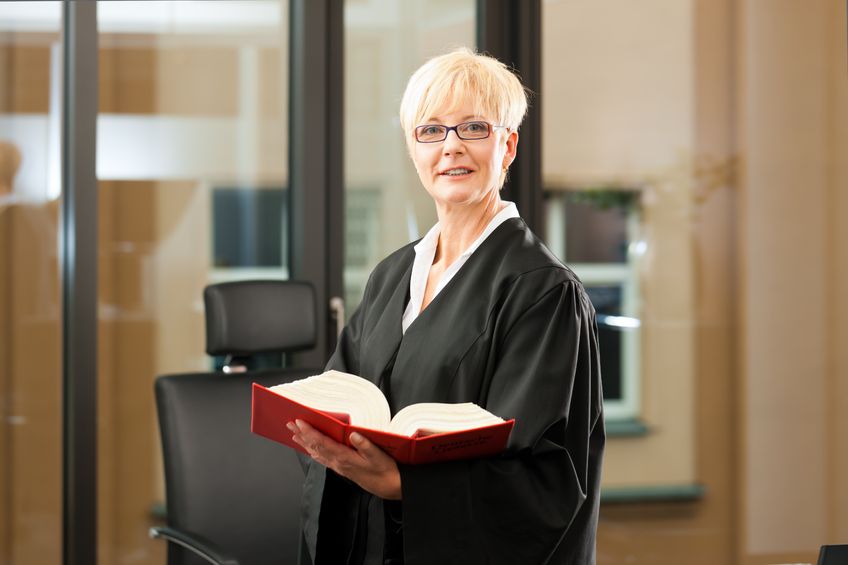 Top Things To Consider When Getting
Features 5 Min Read 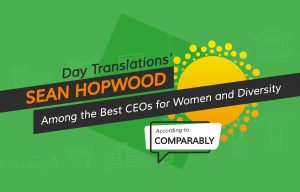 Company News
Sean Hopwood: One of the Best CEOs for D
by  Day Translations
0
1
3k 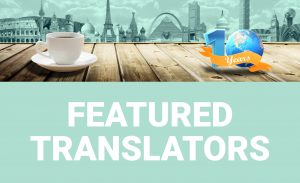