That’s “hello” in Swahili, the mother tongue of nearly five million people. Officially the term for this language is Kiswahili, a member of the Bantu language family that is spoken by several ethnic groups living from the Mozambique Channel from the northern part of Kenya up to the northern coast of Mozambique. Spoken almost exclusively in the Comoros Islands, the language is also spoken in Somalia. Most of East Africa uses Swahili as their lingua franca, with Tanzania, the Democratic Republic of Congo, Uganda and Kenya using it as their official language. Total number of speakers of Swahili worldwide is over 140 million.

The continent of Africa is rich in culture, history, as well as some of the most splendid wildlife and natural scenery in the world. This is the perfect place to go on an expedition or safari, which in Swahili means journey.

Heading out to Africa or planning to go on Safari? One of the things you probably need to do is to learn to pick up a few basic words and phrases in Swahili before making your way to one of the most fascinating and enchanting places in the world.

Start practicing saying Hamjambo!, which means “Hello!” After all, this is the language of choice in many parts of Africa, such as in Tanzania, Congo and Kenya. It is also spoken in Burundi, Zambia, Malawi, Rwanda and Mozambique. Indeed, Swahili is the most widely spoken language in East Africa.

Officially known as Kiswahili, this Bantu or African language is the language used by those living in Kenya all the way to Mozambique. In terms of similarity to other dialects, it resembles the language of the Somalians and those living in the Comoros Islands. It belongs to the Niger-Congo language family, which includes Bantu, Bantoid, Sabaki and Atlantic-Congo, among others.

For many in the Western world, their introduction to Swahili is in the famous phrase, “Hakuna matata.” This was popularized in a song, thanks to the animated movie, “The Lion King.” It means “no worries.” Keeping this in mind, it really isn’t stressful to learn the language, especially for those who speak English as their primary language.

Where it comes from

Swahili originated from the language of the people of Zanzibar, who were under the rule of the Arabs. The term Kiswahili actually means “language.” It comes from the Arabic root word “sahil,” which translates to coast or boundary. The term sahil was used to refer to people living along the coast. Later on, the term evolved to also refer to the language of the people.

The Arab influence on the language evolved from the Arab-speaking people who traversed the coast of southeastern Africa for more than twelve centuries, beginning in the 6th century AD. However, some scholars believe that the language dates as far back as 2 AD. Just like many other languages, it has been influenced by many other languages over the course of history. Swahili has been touched by many international languages such as German, Persian, Portuguese, French and English, developing a unique lexicon of its own over the course of five centuries.

It is interesting to note that many of the words in Swahili are a result of the influence of other languages which are used in trade. For example, when it comes to counting, many words come from Arabic origins. “Sita,” meaning six, “saba,” meaning seven and “tisa” meaning nine, are of Arabic origin. From Persia, Swahili borrowed the word “chai” to refer to tea, “achari” which means pickle and “sheha,” meaning village councilor.

From the Portuguese language, Swahili gained the words “meza” meaning table, “gereza” for prison, “pesa” for money and “leso” to refer to a handkerchief. From the English language, Swahili obtained “basi” for bus,”polisi” for police, “boksi” for box, “hoteli” for hotel, “penseli” for pencil, “koti” to refer to a coat, “redio” for radio, and “baiskeli” for bicycle.

What may be surprising to many is that the alphabet used in Swahili is based in Arabic. This means that the writing system is of Latin and Arabic origins, making the language quite easy to learn. For one thing, it has the same vowels as the English language: a, e, i, o, u. However, unlike the English language, there are no vowel combinations in Swahili, so each vowel is pronounced separately even when next to each other.

In Swahili, the particles are placed at the beginning of the word to denote the tense of the verb, be it in the past, present or future tense. The particle or prefix is also placed at the start to refer to the person, such as I, you, they or we.

Another thing to remember about Swahili is that it is phonetic, meaning that every letter in the word is pronounced. There’s no place for silent letters of vowels in Swahili, unlike in French or English! This is one main reason why many English speaking people find learning Swahili easy to do.

When speaking Swahili, it’s important to remember that the verb carries the subject as well as the tense. In Swahili, it seems like not a lot of words are necessary to communicate something. An entire sentence can be communicated in one word, such as in Ninakula, which translates to “I am eating” (“kula” is the verb for eat).

Another thing to remember about Swahili is that there are no distinctions when it comes to gender, so they do not use he or she. The prefix “A” before a word refers to the subject, which can either be male or female.

When you first meet someone, it’s a good thing to set the tone of the conversion in a friendly manner by saying, “Jambo!” Other versions include “Hujambo” or “Salama,” which is pretty much their version of “Aloha” for Hawaiians or Hello in the English language. This way, you can eventually become a Rafiki (like the Baboon in Disney’s “The Lion King”), meaning friend. Incidentally, Simba means “lion.” Other words are quite easy, such as “baba” for father and “mama” for mom. 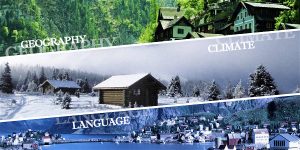