How Important is National Culture in Literary Translation?

Every five years there is a high-profile contemporary art exhibition in Kassel. Thousands have been asked what the name of this event is. Unfortunately, not all Germans know the correct answer. In fact, this question is often placed on the German citizenship exam as the 85th question. Why does such a question rank so low? Most of this test involves German history, culture, sports, national symbols, and the constitution. However, it is difficult not to question the relevance of such a question to becoming a German citizen.

Although questions like, “What is Germany’s national language?” and “Name 3 German traditions” seem obvious, they tend to provide something more. Behind the complicated questions is the intent of educating the test taker on all things German. What is the German identity? What is non-German? This federal test separates the German from the non-German.

All one hundred questions of the German citizenship test involves a variety of aspects of German culture. Such questions involve German Nobel-prize winners, the longest German rivers, highest mountains, public opinion, and religion, to name a few. However, it is important to note the major contradictions in its discourse involving what is essential to German life and what has been self-imposed.

Finding out what has been self-imposed is obvious. However, the German political claim to exclude the Islamic identity, for example, is unclear, even though the same components are subtly included in the original German identity. For example, are you any more German if you know the name of the contemporary art exhibit in Kassel?

This may seem a bit odd, but according to the German citizenship test, it is, in fact, important. So how do you create a just citizenship test that identifies with more than just the upper-class society? Unfortunately, this contradiction poses a threat to those who desire inclusion. Currently, this test decides who can and cannot live in the German society.

This example shows yet another way in which our understanding of political reality is framed by the culture we live in. In the same way, it sheds light on our postmodern stance. In this way, culture is not the hot topic of debates and politics. Instead, it has become a conditional requirement by which we form our society. This way we view democracy as cultural today.

Thus, understanding the national culture is extremely important for literary translators. In fact, its importance can be seen on both sides of the contradiction.

As we know, multiculturalism is defined as relating to different cultures. The word itself projects an understanding of the connection between culture and race. It also determines the link between sex and ethnicity.

Multiculturalism protests the notion of absoluteness as it views everything as culturally connected. In other words, there is no such thing as a universal culture. However, there are multiple cultures that either tolerate or prohibit outsiders.

Believe it or not, multiculturalism is the foundation of a popular political tradition called “Identitarian Politics.” It does an outstanding job of highlighting the neglected populations within the nation. However, it validates the right of that ethnic group to protect its national identity. If you notice, even our politics have jumped on the multicultural bandwagon.

The idea of deconstruction also combats our understanding of multiculturalism. In essence, it projects the notion that our identity is predestined. Through the eyes of deconstructivists, culture is nothing more than a vain display that lacks a genuine, significant meaning. Culture is an order of signs that speak of a connection and lack of connection. This perspective believes that there are no origins, only evidence its multiplicity thereafter.

This approach also reveals that the idea that culture is self- constructed. It is more than what meets the eye. Deconstructivists believe that this concept goes far beyond racial, ethnic, and sexual borders. In this way, the German identity is a reflection of cultural activity.

In this way, understanding this is essential for translation. When used in correct cultural context, translation can provide the “meat” of understanding. However, what is the true meaning of translation?

You might wonder, what is the actual process by which this idea works? Bertolt Brecht answered this question best back in 1943 when he stated the example of a judge who was examining people trying to become citizens of the United States. Before him came an Italian restaurant keeper who didn’t know how to answer basic questions such as “What is the 8th Amendment?” The law demands the applicants to know English. The Italian man was refused four times before he managed to receive citizenship.

Christine Allen is young writer and blogger. Her last article about literary translation you can find on her blog. She believes that you can get everything that you want. You just need to be sure in what you really want and be patient. You can follow her on Facebook, LinkedIn orGoogle+. 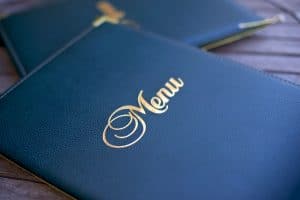