Most Commonly Misspelled Words in the United States

It is no laughing matter that some words are commonly misspelled by a lot of people in the United States. The thing is these words are not even new. They are often simple and ordinary words that are used almost daily. It is intriguing to note that such words, which are taught to children since they were young, could still be spelled incorrectly.

Is there something wrong with the educational system? If this were the case, then many more people would be committing the same spelling mistake. The fact that only a few people or select groups of people are misspelling some words means that there are other reasons why this happens.

Before we tackle the reasons for the commonly misspelled words, let us look at some facts.

Top word that many Americans misspell

Google Trends tracks people’s online behavior, such as what they search for and check online. According to company, most Americans find it very difficult to spell the word ”beautiful.” For the many residents of the states of New York, Ohio, Kentucky, Minnesota and California, they tend to spell this word as ”beautifull,” ”beatiful” or ”beautyfull.”

The same outfit has a list of commonly misspelled words across the United States. For many who have seen the list, they either laugh or scratch their heads while others are not even surprised. However, in most cases, the words are not even that difficult.

But would you laugh if the word ”difficult” were included in the list of commonly misspelled words? In fact, it actually is there in the list and it is the hardest word for people from New Hampshire to spell. Some of them even make the word complicated by writing is as ”dificoult” that is harder to spell than the original.

In Maine, Illinois, Washington, Alabama and Michigan, the residents are challenged by the word “pneumonia.” The word does present a challenge to most people because of the silent ”p” and the combination of ”p” and ”n.”

The word can be a term one uses to express relief or thanks. Often it is an expression of praise that you will hear when you attend Mass. Another spelling variant is alleluia. However, residents of Indiana and Delaware are not particularly enamored with the word, “hallelujah.” Often they would spell it as ”hallaluya” or ”hallaluja.”

But nothing can beat this one. It defies description when people from Wisconsin still search online for the correct spelling of “Wisconsin!” It’s funny that many residents of the state find it difficult to spell a straightforward name, compared to the more difficult to spell names of states such as Massachusetts, Pennsylvania and Mississippi.

People living in Louisiana commonly misspell the word ”giraffe,” which usually ends up being written as ”giraff.” At least the double F is there. But why is this particularly difficult for Louisiana natives to spell?

“Sauerkraut” or fermented cabbage, which is almost the same as Korea’s kimchi originally came from China. It was brought to Europe by the Tatars. The English language borrowed the German term for it, which means ”sour cabbage” or ”sour herb.” Considering that about 28.5% of the population of Pennsylvania claim German ancestry, residents in the state find spelling sauerkraut difficult. Many of them became creative in their spelling, writing it as ”suerkrauet,” ”saurkraught” or ”saurkraut.” Incidentally, German as well as Pennsylvania German is spoken by 0.87% of the population, representing about 103,502 people (as of 2010).

People in Mississippi do not misspell the name of their state but they do find it hard to spell ”nanny,” which they often write down as ”nany.” It’s funny that they have already handled all the consonants in their state’s name and yet they cannot endure it some more to include another N to spell nanny correctly.

It’s not surprising that many people misspell ”chihuahua,” which is a dog breed. But the difficulty is more pronounced in Arkansas and South Carolina, where it is generally misspelled.

Instead of writing “Europe” the residents of Vermont prefer their own erroneous spelling of the continent by either using ”Urope” or “Europ.”

Is it ”collage,” ”colege” or ”college?” This is the dilemma of people from South Dakota as they often misspell college and instead use colege or collage. Okay, collage means a collection of something or a montage, but what is colege?

A ”liar” is someone who lies repeatedly or in a more informal term, a ”fibber” while ”lair” is a den or the place where wild animals often stay. As you can see, there is a big difference between the two terms, from the spelling, pronunciation and the meaning. But for the people in Rhode Island, the two words seem to be the same, with most of them using lair instead of liar.

It is not often that you would use the term, ”supercalifragilisticexpialidocious,” which is a made-up word for the 1964 movie, “Mary Poppins.” Therefore, it’s interesting that many people in West Virginia and Connecticut search online for its correct spelling.

The correct spelling of ”maintenance” confuses many. However, misspelling of the word is significantly higher in Missouri and Texas, where people often end up writing it as ”maintanance” or ”maintenace.”

“Dilemma” often ends up being written as ”dilemna” in North Dakota.

It’s crazy when you think that there would be many people having problems spelling “banana” which is a three syllable word that is spelled as it is written. In New Mexico, the potassium-rich fruit that humans, birds, animals and fowls, including swans, geese and ducks love is often spelled as ”bannanas.”

Most people spell the color of ash or the mixture of black and white as ”gray” especially those from the United States. In the U.K and in the state of Georgia though, they prefer to use ”grey,” despite the fact that a city in Georgia is called Gray.

The correct pronunciation of ”quote” is /kwōt/ and sometimes /kōt/, according to the Merriam Webster online dictionary. However, people in Idaho write it as ”kwot” instead of ”quote,” which is the correct spelling.

The dilemma of most people in Colorado and Arizona is that they cannot decide whether to spell ”tomorrow” as ”tommorow” or ”tommorrow.”

In Iowa, people often misspell ”vacuum” and either use ”vacume” or ”vaccum.”

For many people in New Jersey, ”twelf” is the proper spelling of ”twelve.”

Is it ”reciept” or ”recipt?” Somehow this is how many people in Florida think the word ”receipt” should be spelled.

Scientifically, learning disabilities such as dyslexia, attention deficit hyperactivity disorder, dyspraxia (pain when holding a pencil or pain) and dysgraphia (inability to write legibly and clearly) lead to misspelled words. Other causes of misspelled words are loss of hearing and difficulty in learning a second language.

Generally, it could be due to the way the person speaks, inability to get the letters in the right order, lack of knowledge of spelling rules and spelling the words by how they sound. Whatever the reasons, there are about several hundred commonly misspelled words, such as the following:

Never fear about misspelling words. The human translators of Day Translations, Inc. will see to it that your translation project is 100% accurate, with proper spelling and the right grammar and nuances of the target language. Our translators are all native speakers and have the proper academic and on-field training and experience to present you with professional translations of high quality.  Call us at 1-800-969-6853 or send us an email at Contact us whenever you need to have documents translated from and into more than 100 languages any time of the day, wherever you are located. We are open 24 hours a day, 7 days a week throughout the year to serve you better and in the quickest time possible. 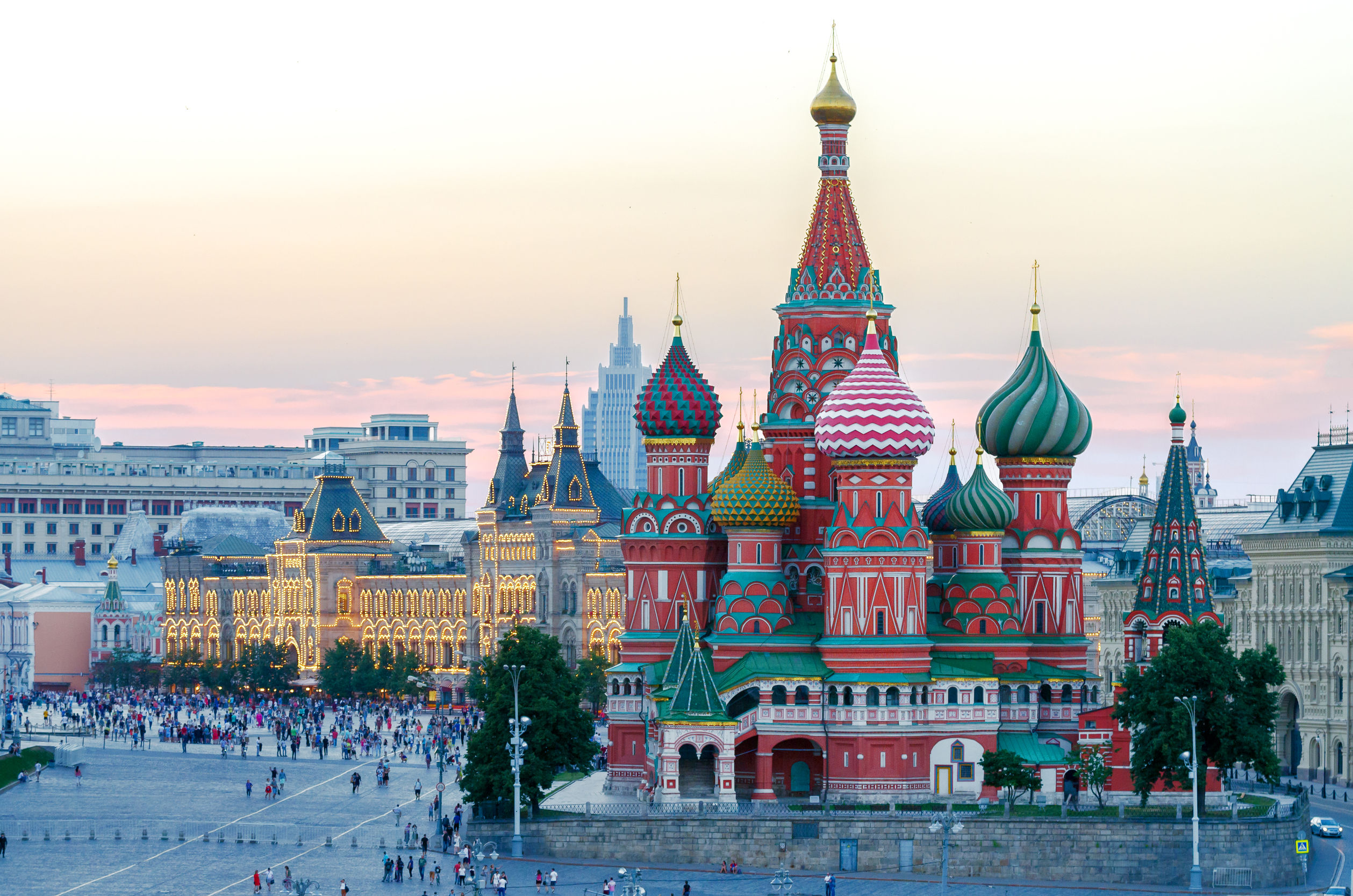 The Russian Language: Get to Know it
Languages, Trending 5 Min Read