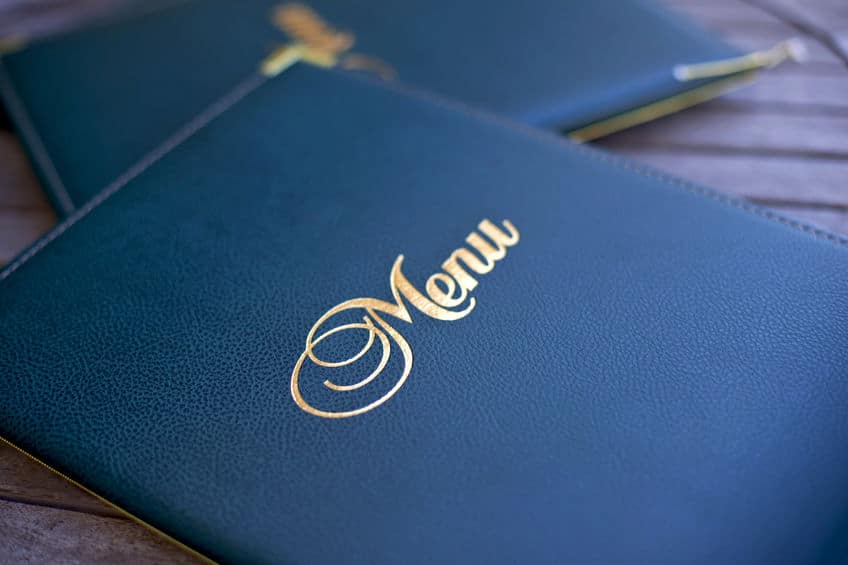 Why do we still see so many of the worst menu translations today? By itself, translation is hard work because of the requirements of the document. Menu translation, in particular, is quite difficult since the terminology and the context of menu entries are vastly different when they have to be translated into other languages.

Because tourism is growing, restaurants used to serving locals now have to cater to different nationalities, necessitating that their menus should be available in at least another language that would be understood by the majority of foreign visitors – English.

However, even if English is considered a universal language, you cannot expect that the other cultures have knowledge of it or even speak it.

Some reasons why mistranslation of menus happen

You might expect that chefs who have limited English language skills and restaurant managers are to blame for some of the worst menu translations. But even fluent translators will find menus and local food items and ingredients a challenge to their translation skills.

So, a professional translator should make discretionary decisions. If there is no translation available in another language, it might be best to leave things as they are which give the translation an air of exclusivity and authenticity. Sometimes, the intention is to discriminate rather than to enlighten. When you see French or Italian entries in a translated menu, it gives off a sense of exclusivity, of being an insider. If the translation is done right, even foreign sounding terms like ceviche, kimchi, sashimi, soufflé, aioli, antipasto, bisque, bordelaise sauce, bouillabaisse and more are understood by diners.

Some menu items are a mouthful even for locals. So a menu translator should exercise his/her creativity and shape the cultural nuance of the original terms into something that will delight and enchant foreigners.

Just a few of the worst menu translations

Given the reasons why some menus end up being badly translated, here are a few examples of some of the worst menu translations foreigners find and share.

In a Swiss restaurant menu, one of the special offerings under the Kid’s Menu is “Friterad kyckling sötsur sås och ris” that wastranslatedas Deep Fried Baby. Now, who would in their right mind, eat a deep fried baby? The actual translation of this particular menu entry should be “Fried chicken (in) sweet sour sauce and rice,” which is not only logical but sounds delish. 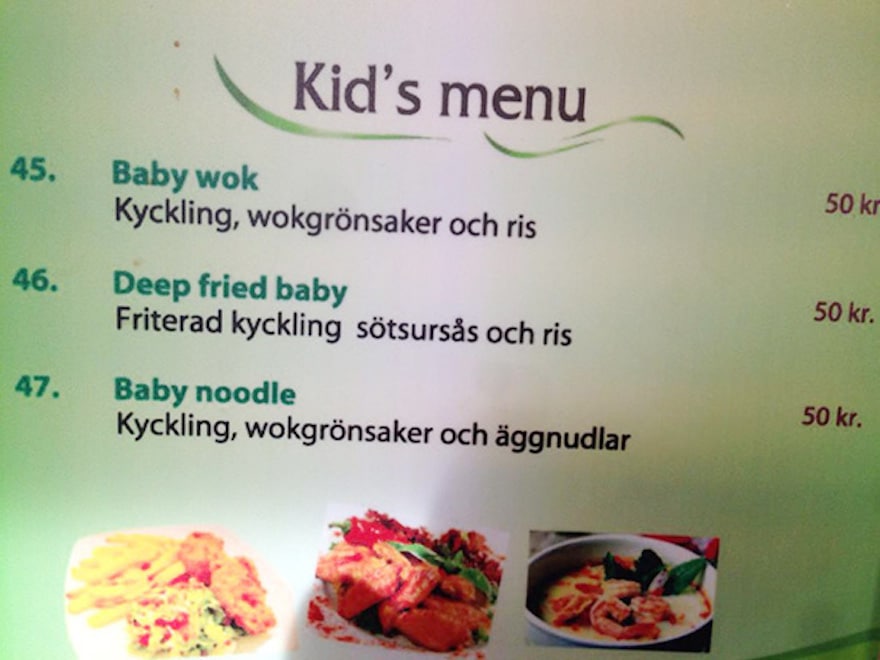 In some countries, “chicken ass” is eaten, served in different ways, including adobo, barbecue or grilled. Actually, it is not the fowl’s ass, but the fleshy part of the chicken’s tail where the tail feathers are attached. But would you eat your own ass like in this menu from a restaurant in China? The translation says “Our Sweet Ass” although the image seems to be that of stir-fried noodles with vegetables and probably some shrimps and chicken meat, including some chicken innards like liver and heart. In the Philippines, it can be one version of the Chinese Lo Mien, “Pancit Canton.” Pancit is derived from pian i sit, a Hokkien term that means ‘convenient food.’ Canton is a type of dried wheat flour noodles (flour sticks). 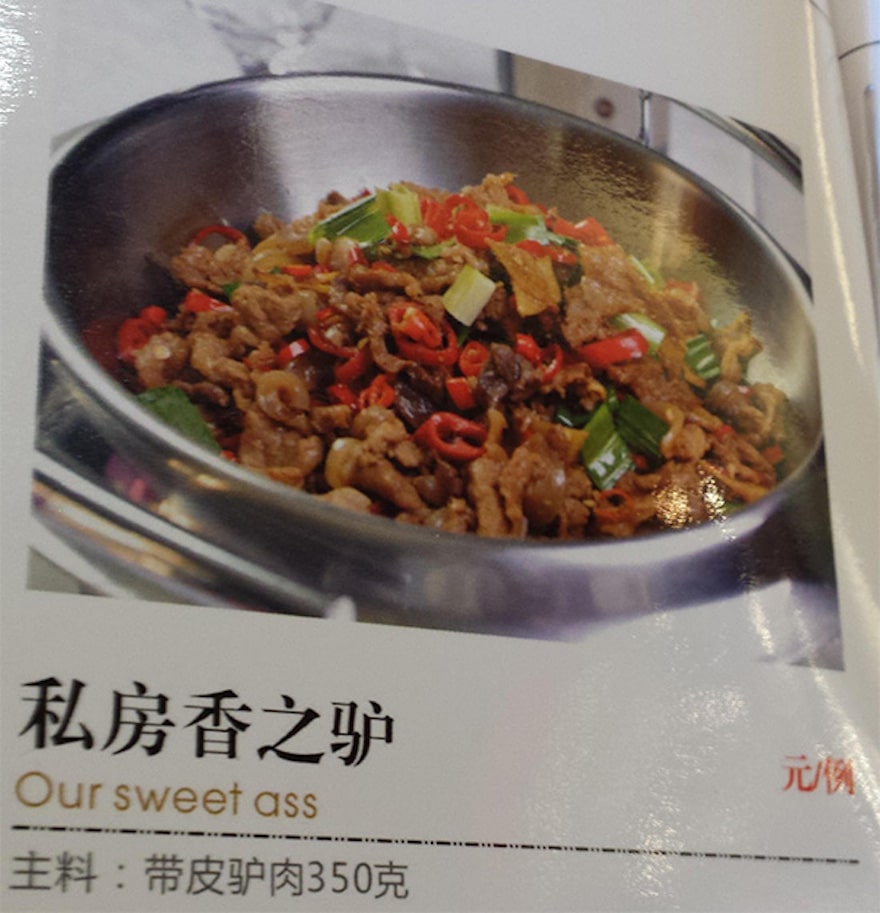 Here’s a funny menu translation from Spain. If you haven’t tried Rueda de ahumados, you should. It’s a delicious Spanish treat and very popular among Spaniards. In English, it means a selection of smoked canapés served on a platter or tray. But, the sad thing is the translation somehow removed the deliciousness of this treat. Who would think that the translator would translate it into “It rotates of smokey.” Ugh!

Have you ever experienced a situation when you’re with friends and you cannot decide what to eat or drink and just say, ”Whatever?” Well, you’re in luck because, in a Chinese restaurant, one of the drinks they offer is called Whatever. Do you have the guts to order it, even if you don’t know whatever is in that drink? 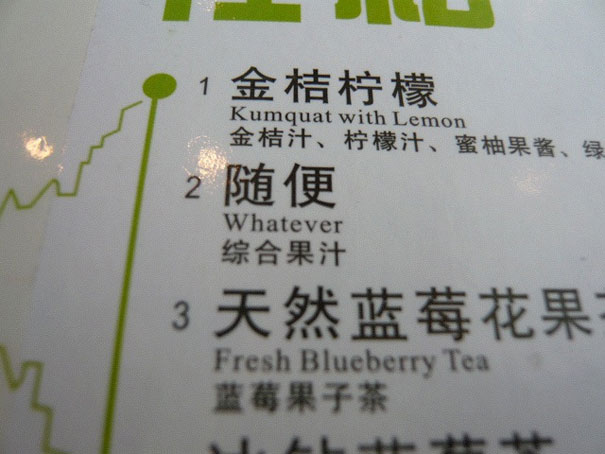 If you don’t speak or read Chinese, it is impossible to understand what the menu items mean. Are you brave enough to order a serving of Wikipedia? We certainly don’t! 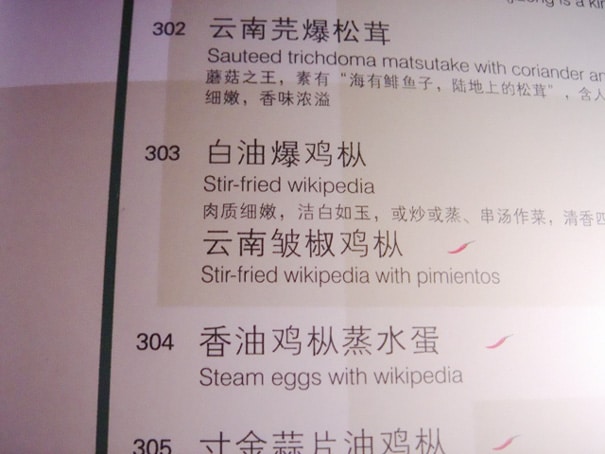 The menu item in question does not have a name or a translation, because it says I can’t find on Google but it’s delicious. At least the translator qualifies that it is delicious. 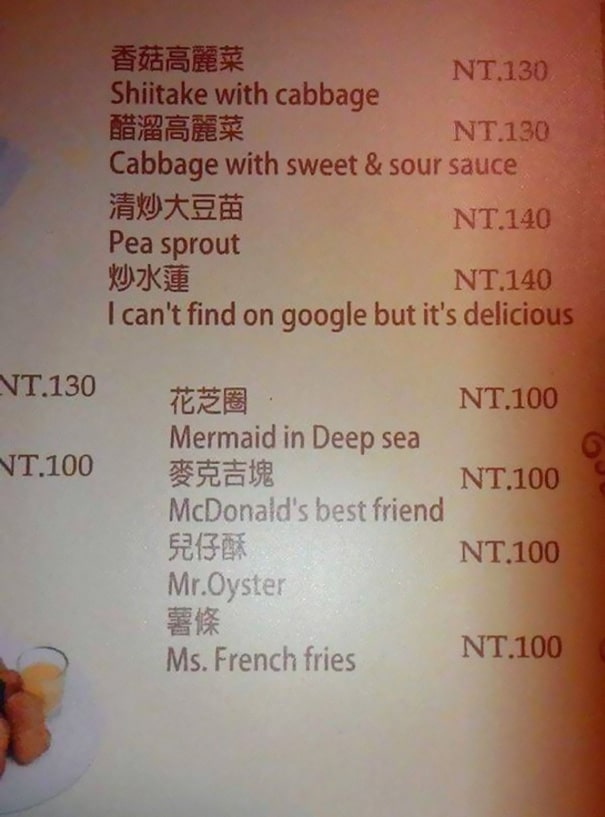 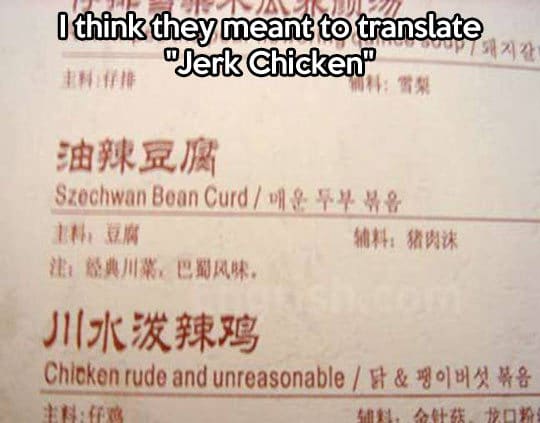 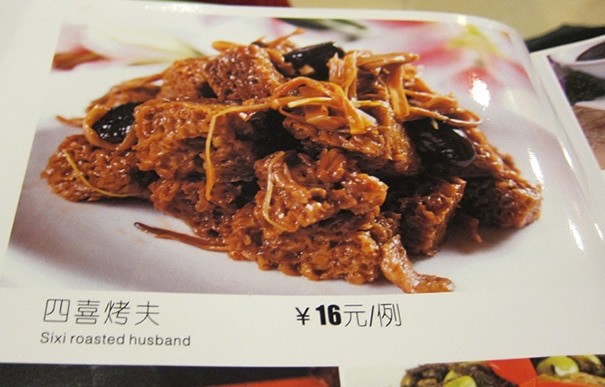 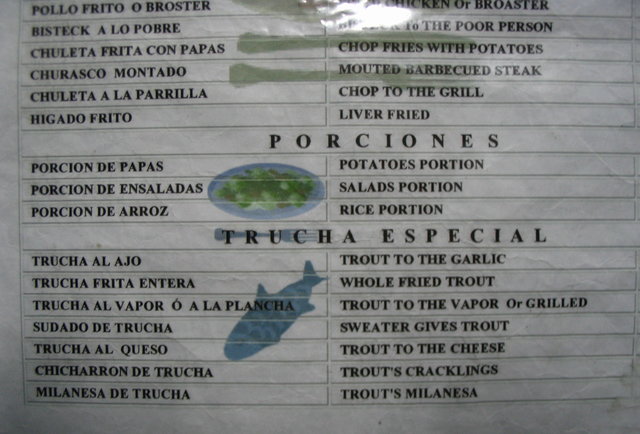 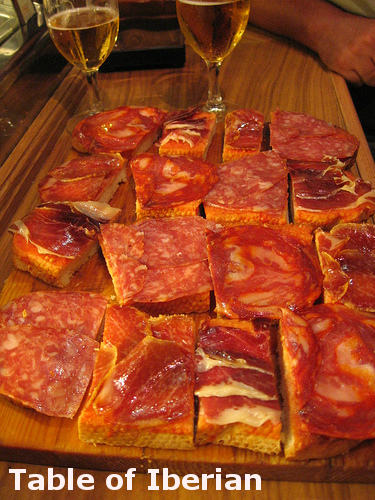 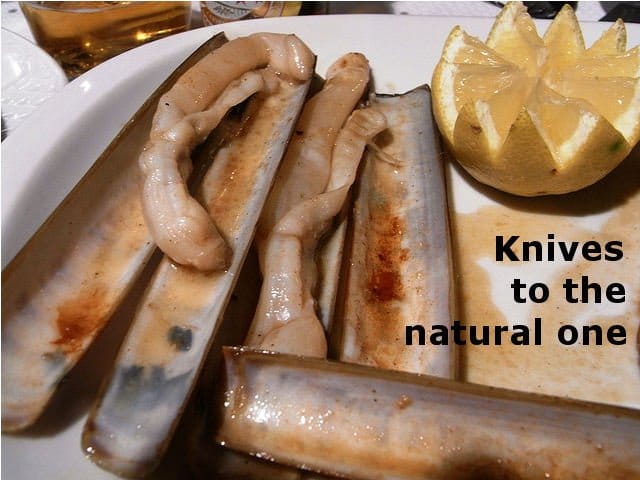 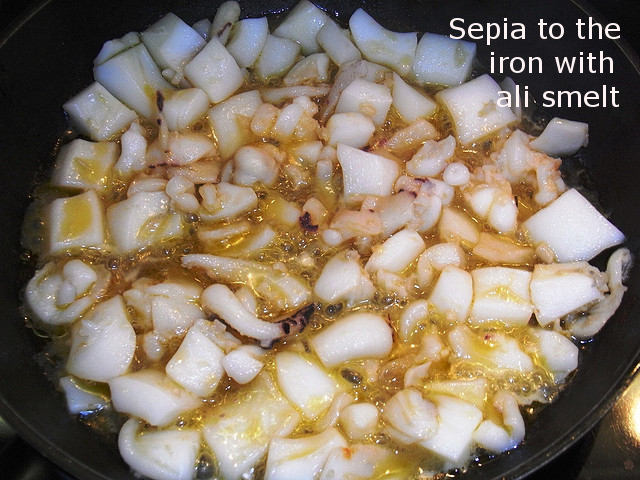 This list is just a taste of the worst menu translations travelers found. If you are interested to have a good laugh, you can find other mistranslations here and here.

We do what’s best and appropriate

We understand that menu translations in any language can be tricky as it is difficult to find the right terms from one language to another. At Day Translations, Inc. we strive to provide you with the most accurate menu translations you can find, in more than 100 languages. We are always ready for the challenge. We have professional subject matter experts who have knowledge of the ingredients from the region, cooking methods and terminology. They decide when to do contextual translations or leave the term as it is when it’s appropriate.

Our translators are native speakers and located in-country, meaning they deeply understand local culture and the nuances of the language. Leave your menu translations to our experts and rest assured that your clients would fully appreciate and understand your menu offerings. You can reach us anytime, as we are open 24/7, every day of the year. Reach us at 1-800-969-6853 or send us an email at Contact us, whichever way is convenient for you. Our customer service representatives are always ready to help you. 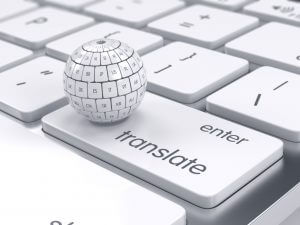 byBernadine Racoma -
0
3
4k
Conveying messages can seem to be a simple task. But when international waters are crossed, translation mishaps have had stakes...

byBernadine Racoma -
0
6
4k
On September 28 and 29, 2013, the usually quiet town of Binissalem will hold its annual Grape Throwing Festival. This...

Communicating
Como você está? It means “How are you?” in Portuguese

byBernadine Racoma -
0
8
4k
Portuguese. It’s one of the romance languages and is the official language in Brazil and in Portugal, Mozambique, Macau, Cape...

byBernadine Racoma -
0
3
3k
Whether you like to sit down to eat a stack of pancakes with maple syrup or simply want to start...
View All Topics