Most people will agree with the common perception that Mandarin language is the most difficult language to learn. But according to Erik Bowitz, book author and a devoted language follower, Chinese Mandarin may not be as tough as it is generally thought to be. Bowitz wrote “How to Mandawin,” a book that illustrates details on the psychology and strategies of studying Mandarin. Bowitz reveals in his work the various ways on how to have a fun learning experience with the language so that even an average person can acquire proficiency.

If someone has the desire to master Mandarin, he must have the correct mindset and proper approach. This, according to Bowitz, is the first step toward proper and easier learning. Customarily, language students start their study by immediately plunging into the complicated syntax of the Chinese language instead of first enjoying the simple semantics and symbols that comprise its system. In their hurry to speak and write competently, learners of Mandarin erroneously commit to memorization instead of working at an in-depth understanding and analysis of its oral and written faculties. It is unfortunate that students of this language make use of route memory as their initial move in mastering the rudiments. Certainly, memorization is one key factor in word recall but it is just a tool that becomes effective when integrated with other techniques like vocalizations, symbolizations and simple understanding of the meanings of character representations.

The natural way of studying Chinese is to give more attention to the spoken words before going to the written structure. One reason why this language seems difficult, Bowitz states, is because its sound is very different from English, Spanish, French and other languages that have gained significant use and recognition worldwide. Chinese, it should be figured out, is a tonal language with no alphabet to boot. It makes use of characters and images that are interrelated with each other. It needs more than knowing the words to fully comprehend the meaning of Mandarin. Understanding the symbols and what they stand for is one of the basic keys to quick comprehension. Knowledge of Chinese culture also helps a lot in absorbing the medium. Classroom learning is important in Mandarin education but if one can immerse himself in the community and try to listen and speak more, the whole process will be more manageable.

Why learn the language

So, why learn the language anyway? Why has it become one of the most sought after elective languages in and out of the academe? Whether the world likes it or not, the Chinese people are present in almost every corner of the globe. Wherever you go, there is always a Chinese store down the street. Numerous Chinese professionals – doctors, nurses, teachers and scientists are hired in their respective fields in the United States and other developed countries. Besides that, China has gained a respectable position among the superpowers. Chinese Mandarin, so it is said, is emerging to be the new Spanish or Latin in its significance and use. Learning the medium therefore is not just a matter of appreciating a new language but of consequential reason pointing to the need of establishing a better understanding of a language that is making its way to vast recognition. 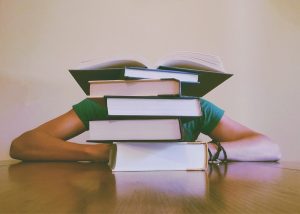 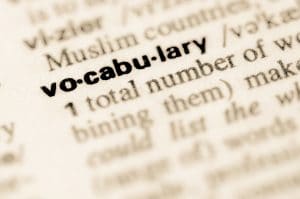