Beyond suppression and eventual disappearance of languages, oral traditions, and the cultures on which they were centered, language discrimination can also provoke violence, war, forced displacement of entire groups of people, and disenfranchisement. This is currently the case in the central African nation of Cameroon, where the English-speaking minority in the Southwest and Northwest regions is suffering discrimination from the French-speaking majority found in the country’s other eight administrative regions.

The Francophone and Anglophone War

While the roots of the current linguistic conflict in Cameroon can be traced back to British and French colonialism, only discussing European languages would fail to do justice to Cameroon’s rich linguistic landscape. Before the arrival of European colonial powers, the region that makes up the modern-day nation of Cameroon was already home to a rich tapestry of linguistic and ethnic diversity. To this day, between 250 and 300 languages are spoken in this central African nation of 24 million people, including 55 Afro-Asiatic languages, 169 Niger-Congo languages, 4 Ubangian languages, and 2 Nilo-Saharan languages. Of the Niger-Congo languages, 142 are Benue-Congo languages (130 of which are Bantu languages), 28 are Adamawa languages, and one is a Senegambian language, Fulfulde. Unfortunately, 38 of these languages have less than 1,000 speakers, and 13 are considered nearly extinct, according to Ethnologue. Languages used as a regional lingua franca or language of wider distribution include Fulfulde, Shua Arabic, Hausa, Kanuri, and Wandala in the North, Ewondo in the Centre, South, and East, Duala and Basaa in the Littoral Region, and Pidgin English in the West. As is common in many former European colonies, European languages have taken precedence as the language of business, politics, education, and international affairs, with French having the highest status in Cameroon as discussed below.

At the end of the colonial era, when French-speaking Cameroon achieved independence from France in 1960 and English speakers in part of the adjacent British-controlled territory voted to join the country in 1961. Since that time, most government ministries have favored French over English, emitting documents and public notices in French without English translations, modeling educational ministries on a French-based system, and sending Francophone magistrates who often do not understand the English-based common law system to appointments in courts in the English-speaking areas. The result has been a continued, long-term disenfranchisement of the English-speaking minority in the Northwest and Southwest regions of the country.

Feelings of ostracization and oppression have boiled over in recent years, leading to violence and fighting, as many have accused government police officers and gendarmes of shooting and killing civilians in English-speaking villages. The government, on the other hand, has accused separatist militias of violence and of holding people in English-speaking areas hostage. There have also been allegations that Cameroonian government troops trained by the United States to fight Boko Haram and other extremist terrorists are using their weapons and training to terrorize civilians in English-speaking regions, burning down entire villages and killing innocent people. The government denies this claim, stating that they have only burned separatist militia camps and not villages, and this has been in response to the separatists openly attacking government forces and terrorizing local English-speaking populations.

Multiple separatist groups and militias currently exist in the Northwest and Southwest, with many separatists calling for the creation of an English-speaking republic called Ambazonia. While not all residents of the Northwest and Southwest are calling for full separation from Cameroon, there have been widespread protests and strikes in recent years related to alleged injustices committed against the Anglophone minority. For example, many teachers in English-speaking regions complain that French-speaking teachers are increasingly being sent into the region to work, with little knowledge of the English language and the Anglophone educational system, which is structurally very different from the Francophone system. While the government calls for unity without specifically addressing the language problem and criticizes those who it perceives as taking advantage of the conflict to attempt to obtain money from foreigners, citizens across the English-speaking regions decry the lack of representation of English speakers in government ministries and the systemic oppression of innocent Anglophone civilians by the Cameroonian government. 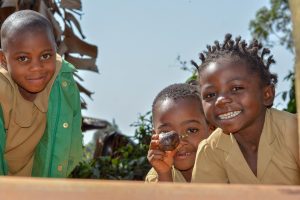 Ferdinand Mosoke, health safety and environment officer living in the Southwest region, described the general fear and disaffection of the population in the region. He stated that thousands of people from villages that have been attacked by the Cameroonian government have been forced to flee their homes – some have gone to neighboring Nigeria, others have gone to French-speaking areas such as the city of Douala, while still others have fled into undeveloped areas. Others have been less lucky and were killed during government raids. Overall, he states that there have been many casualties from the conflict, whether secessionists, civilians, or the military. Children have also suffered as many schools have remained close due to the conflict. Mr. Mosoke also stated that the Southwest is a breadbasket for the country and that many of its important resources, including agricultural production, minerals, oil, cocoa, timber, and other items end up flowing into the more populated French regions and do not benefit the economy of his home region. He also cited the concerns about Francophone lawyers and teachers infiltrating the region’s English-speaking institutions. He stressed that only a true national peace dialogue can bring a lasting end to this conflict.

Dialogue in 2020: The Francophone and Anglophone War, Today

It remains to be seen what the government will decide to do as it continues to grapple with this ongoing crisis. Since peaceful Anglophone protestors were arrested in 2017, some of them suffering torture and lengthy prison terms, the language problem has been escalating, and there is not currently a viable resolution to the conflict in sight. The problems facing this multilingual, multiethnic nation are an unfortunate reminder of one of the negative aspects of colonial legacies, as speakers of two different European languages living within the borders of a country drawn up by Europeans continue to be pitted against one another. This is an unfortunate example of what results when languages are used as a tool of oppression, dominance, and political power. However, one can envision a future in which Cameroon turns this linguistic diversity into a resource, promoting bilingualism among a new generation of young people and opening up their horizons to a multitude of opportunities that come from mastering two major world languages.

A hybrid language combining elements of English and French, Camfranglais, has become more common in urban regions of the country and among youth in online communication. Singers and pop culture icons have begun using Camfranglais more frequently to express themselves in a way that transcends the linguistic divide. Although some educators are concerned that Camfranglais could be used as a shortcut around achieving true bilingualism, others see the development of this pidgin language as a hopeful sign that French and English speakers will put aside their differences and pave the way for a peaceful future.

Alex Carroll is a PhD student of Agriculture, Food, and Environment at the Friedman School of Nutrition Science and Policy at Tufts University. He has four years of experience working in the agriculture and environmental sectors in Haiti and is interested in environmental sustainability, international development, and intercultural communication. In addition to his native English, he speaks French, Haitian Creole, Antillean Creole, and Spanish, and enjoys travel, nature, and the outdoors.

Culture
Weddings Around the World

byBernadine Racoma -
0
0
2k
When it comes to tying the knot, men and women all over the world celebrate in various ways. Though we... 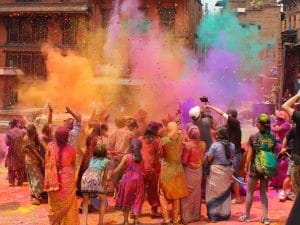 Culture
Holi Festival: Spreading Cheers and Colors Around the World

byDay Translations -
0
0
1k
Spring is coming to South Asia and Hindus in India and Nepal, along with thousands of visitors will be celebrating...

byBernadine Racoma -
0
6
3k
Hōlī mubāraka hara kō’ī – Happy Holi every one! March 27 is the day that India’s Festival of Colors or...

Communicating
Language Use and Abuse: Jargon, Double Speak, and Euphemism

byBernadine Racoma -
1
16
8k
Before we can use a language, we need to know what the words mean and how they are formed into...
View All Topics