Celebrating Holy Week In Different Parts of the World

Lent is the fasting and prayer period that leads to Holy Week and Easter. It lasts for 46 days, starting from Ash Wednesday, according to the liturgical calendar of the Roman Catholic Church. However, Lent is counted as only 40 days before Easter Sunday. The discrepancy is due to the fact that Sundays are not counted because every Sunday is considered the day when Christ resurrected from the dead.

This is something that’s good to know, particularly for people who love trivia. But let us not forget that this is a solemn period for our Christian brothers and sisters. Due to the difference in cultural practices, Holy Week and Easter celebrations vary by country and/or city, although the central theme is almost the same – recollection of the triumphant entry of Jesus to Jerusalem to His condemnation, crucifixion, death and resurrection.

In Guatemala, processions are common during Holy Week, where images of saints are carried by local penitents on heavy andas or wooden platforms. The men and women carrying these platforms are called cucuruchos. They usually dress in purple tunics during the processions on the Sundays of Lent. They wear black for the procession on Good Friday. A man carrying a burning incense container leads the procession. A flute and horn band usually accompanies the procession.

Bright, colorful, intricate and richly patterned “alfombras” (or carpets) line the streets during the week-long celebration. This is a sight to see as the carpets, created from various natural materials, including dyed sawdust, create a wonderful, visually arresting vista. Locals decorate the interior of the church like a colorful vegetable garden, adding a touch of festivity to the solemn occasion of Holy Week.

Palm Sunday, which commemorates the successful entrance of Jesus to Jerusalem signals the start of the Holy Week in this city. It begins with a Mass at the Church of the Holy Sepulcher at 8 in the morning. Pilgrims and other Christians reenact the events in the life of Jesus before, during and after His arrest throughout the week.

In the afternoon of Palm Sunday, the palm procession begins at 2:30 in the afternoon, starting from the Bethphage. Thousands of people from different countries join this procession. They sing and pray in their own languages as they march across the western side of the Mount of Olives, then to the Kidron Valley until they reach the Old City.

The Mass of the Lord’s Supper is celebrated on Holy Thursday morning at the Holy Sepulcher. In the afternoon, the Franciscan brothers will be traveling to the Cenacle on Mount Zion. In the evening, people will be meditating at the Garden of Gethsemane. After an hour of meditation, they will hold a candlelight procession towards the place where Jesus spent the night, at the Church of St. Peter located in Gallicantu.

In the morning of Good Friday, people gather at Calvary for the Passion and Crucifixion of Jesus. Later they will head to Via Dolorosa for the Stations of the Cross. In the evening, the funeral of Christ will be reenacted at the Sepulcher. Saturday morning, the Basilica of the Resurrection becomes the venue for the Easter Vigil.

After the Easter Sunday Mass, a procession around the tomb of Christ will be held. The encounter between the two disciples and Jesus is commemorated with a mass on Easter Monday at the Holy Sepulcher.

Christians in Slovakia begin their Holy Week festivities on Holy or Maundy Thursday. Good Friday is a holiday in the state and only supermarkets and stores are open. Christians abstain on Good Friday and celebrate Christ’s resurrection on Easter Sunday. This is the day that every Christian in Slovakia prepares for. They go grocery shopping, bake cookies and pastries, and prepare Easter favorites, such as sandwiches, cold cuts, cooked ham and potato salad.

Men and women have fun on Easter Monday, celebrating oblievacka or water pouring and sibacka or whipping. Men visit their female friends and relatives, usually dressed in traditional costumes. Depending on the area, they pour water on the females or spray them with perfume as well as gently whip them with a special whip created from willow rods. It’s a traditional belief that this will ensure that the women will be in good shape and remain beautiful for the entire year. The women will later reward the men with painted eggs, money, fruits or sweets.

Austria’s Christians observe the usual holy days of Lent, with the Holy Week reserved for their preparations for Easter. They observe Palm Sunday. However palms are not readily available in Austria. Instead they use pussy willow branches, which are blessed during Mass and later used to decorate their homes.

They abstain from eating meat on Maundy Thursday, which is the day of the Last Supper of Jesus. On Good Friday, they commemorate Jesus’ crucifixion. They observe a day of silence on Black Saturday and rejoice on the resurrection of Jesus on Easter Sunday.

Austrians place emphasis on the dyeing and painting of Easter eggs and join in the fun of an Easter egg hunt. They also have an egg tapping game where participants try to crack the eggs held by others using their own Easter egg. The winner is the person whose egg did not crack during the tapping contest. Austrians also decorate trees and bushes in their gardens with colorful blown or plastic eggs.

There is a substantial population of Christians and Catholics in Indonesia thus a part of the nation also commemorates Holy Week or Semana Santa. Although some of the festivities are already Western-inspired, there are still areas where traditional customs are observed.

In the community in Larantuka, Christians reflect to cleanse their souls on Ash Wednesday or Rabu Trewa. The congregation joins the Tikam Turo on Maundy Thursday. This is a seven-kilometer procession where the road is lined with candles. At the Tuan Ma or the Chapel of the Virgin Mary, the statue is bathed and dressed in mourning robes, which may be in blue, purple or black velvet.

Good Friday, which is called Sesta Vera, is crucifixion day. There will be a procession and during the ritual, the statue of Christ is placed near His mother, the Mater Dolorosa.

Black Saturday is observed differently in Central Kalimantan. The event, called Momento Mori, is a gathering of family members at cemeteries and other sites where their loved ones are buried. They stay the night and at dawn, they will place flowers and light candles at the sites. They later go to church to hear the Easter Sunday Mass.

About 81% of the population in the Philippines are Catholics, thus the entire Lenten season, highlighted by the celebration of Holy Week, is a big event in the Philippines. Lent starts on Ash Wednesday where Christians and Catholics go to church to hear mass and have ash placed on their foreheads.

Filipinos celebrate Palm Sunday with palaspas. These are palm leaves woven in different designs. They will have the palaspas blessed by the priest during mass. These are later placed on doors or windows of their homes, to erase negativity and invite food fortune the entire year. The palaspas will only be removed at the start of the next Lenten season.

Many Catholics still mount a public pabasa where folks read and chant religious texts. For most people, the pabasa ends on Good Friday, as on this day, the Seven Last Words or Siete Palabras are read, usually in the afternoon, at the time when Jesus was dying on the cross.

The story of Longinus, the blind Roman soldier whose eyesight was restored when a drop of Jesus’ blood fell into his eyes, making him a believer, is commemorated in the Moriones Festival held annually in Marinduque. Participants wear a morion or mask and Roman soldier costumes in vibrant colors during the reenactment of the search for Longinus from Good Friday until Easter Sunday. Longinus will be running around, trying to lose himself in the crowd of locals and tourists alike. He’ll be hiding in houses, markets and other areas. He’ll be climbing lampposts and trees to hide from the soldiers.

Other provinces still mount the Sinakulo, which is a play depicting Jesus’ suffering and resurrection. Other Christians go on a Visita Iglesia where they visit several churches to hear mass and/or pray.

Highlight of the Easter celebration in the Philippines is the traditional penitensya or penance. In the province of Pampanga in Luzon penitents dress up as Jesus Christ, carry heavy wooden crosses and walk barefoot over several kilometers. Some come with hooded men who whip their backs. Later, a select number of these men will have their hands and feet nailed to the cross.

Various areas hold different kinds of processions, especially on Good Friday. Easter in the Philippines ends with a joyous procession called salubong where the statue of the Risen Christ meets the statue of Mother Mary during a dawn procession.

There are several fascinating and interesting Easter or Lent celebrations around the world. Whether they observe all the rituals of the entire Lenten season or just a few days before Easter, it’s their belief in what the season means that matters.

For millions of Catholics and Christians around the world, Happy Easter to you! 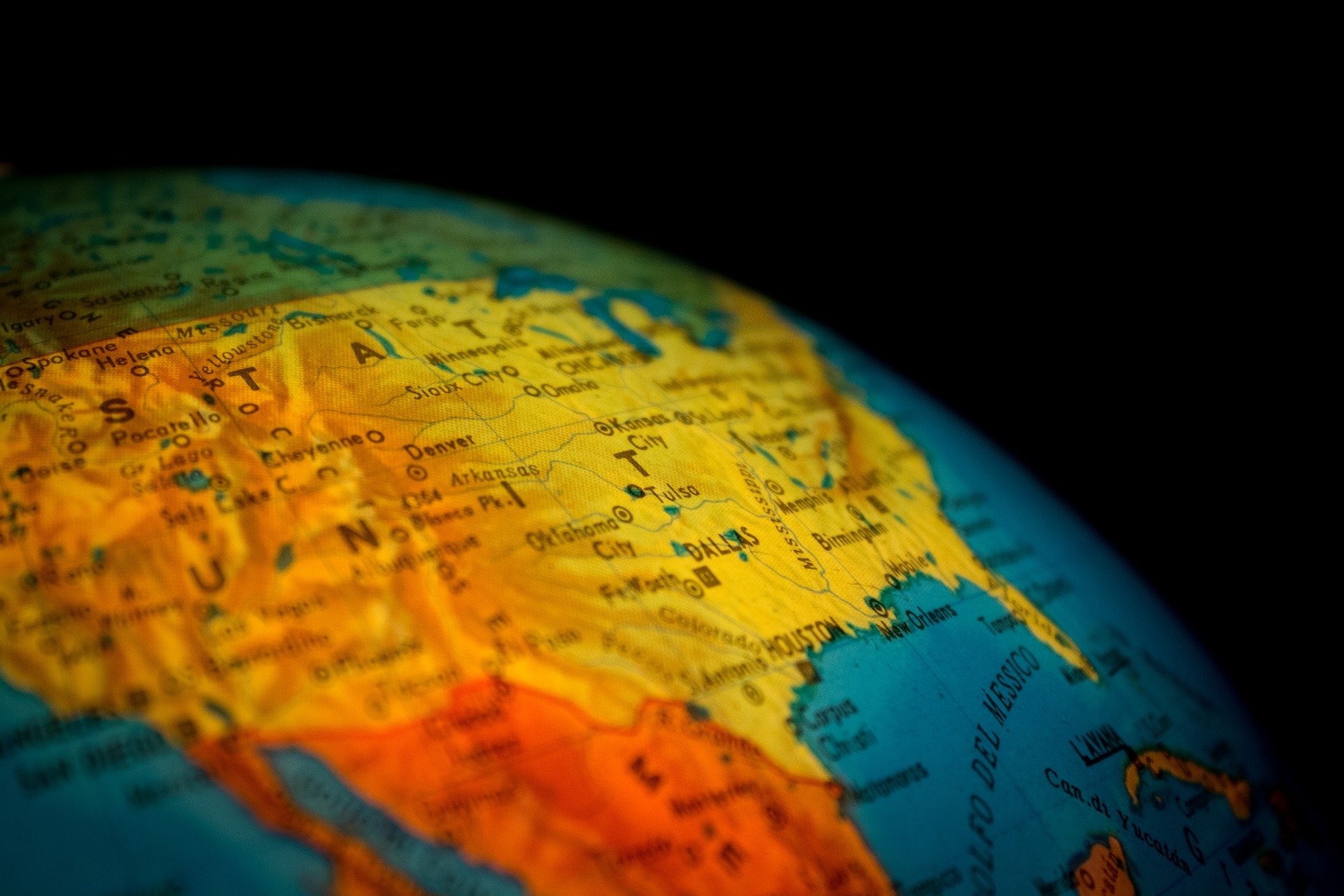 How Many Languages Are There in The
Traditions 5 Min Read