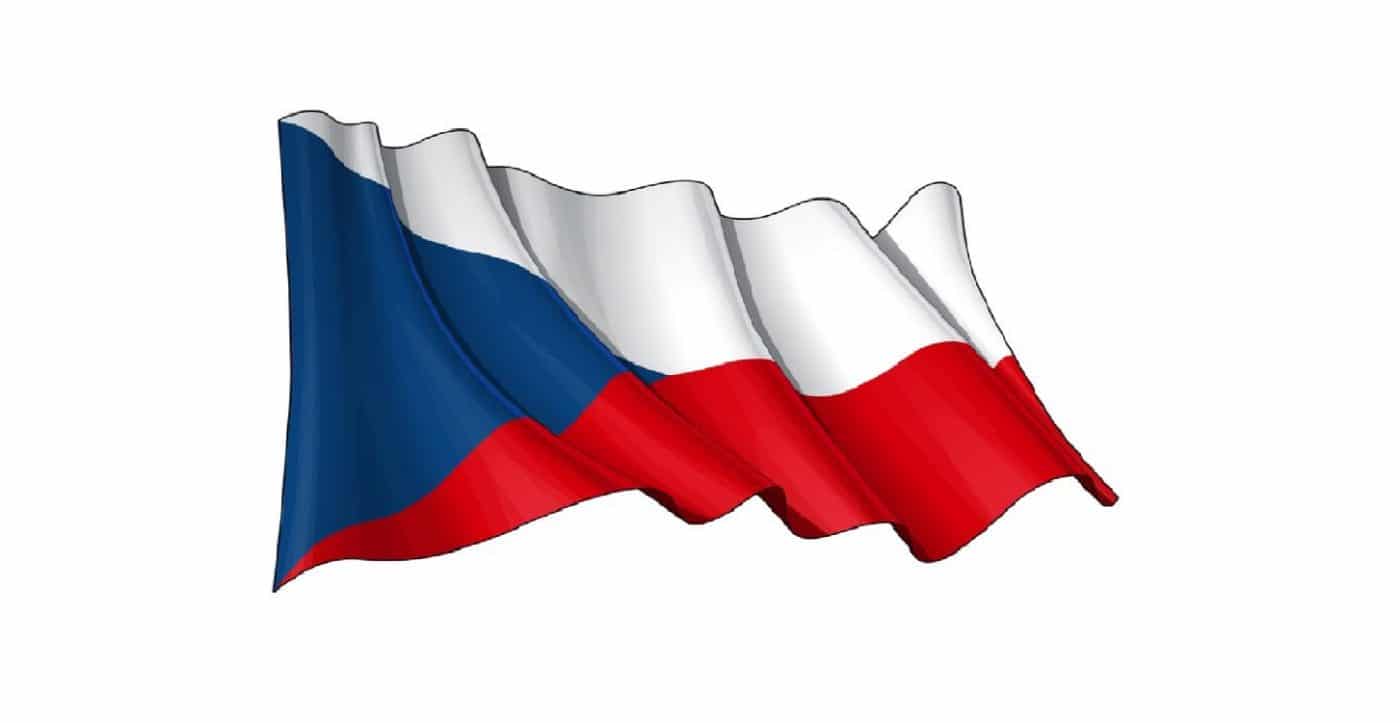 Europe has several emerging countries right now and the Czech Republic tops the list as the fastest growing European country. The Czech Republic is a landlocked country near Germany and bordered by Slovakia, Poland and Austria. It is not an overly large region, measuring only 30,450 square miles or 78,866 square kilometers. It is home to 10.6 million as of 2016. The 2018 estimated GDP (PPP) of the Czech Republic is $368.659 billion and a nominal GDP of $237.997 billion (2018 estimated) and a per capita of $22,468.

A sneak peek into the Czech Republic’s history 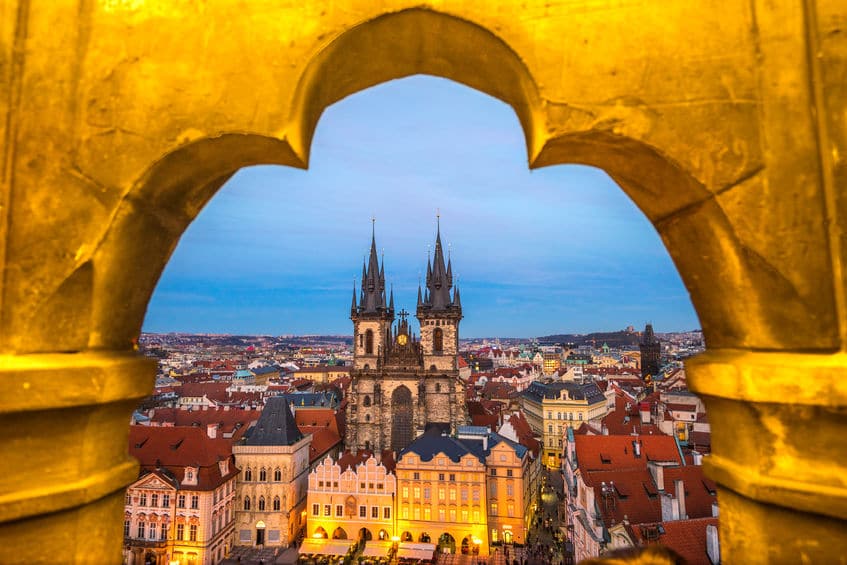 The history of the Czech Republic is eventful and rich. The country has been a melting pot, with Slovaks, Jews, Germans and Czechs working together, their culture intermixing. Many Napoleon’s army deserters, French tradesmen, stucco and stonemasons from Italy also worked in the Czech Republic. These foreign nationals worked with the locals to cultivate the lands of the Czech Republic and as many of them were artisans, they produced works that are still admired and respected today.

They built magnificent castles, mansions and monasteries. You can see the beauty of their works in some of the towns around the Czech Republic. You have seen images of Prague; for sure you’ve seen samples of the awe-inspiring works of diverse talents who made the Czech Republic their home. Aside from manmade treasures, the country is blessed by beautiful mountains and verdant and lush forests.

Language of the Czech Republic

The only official language in the country is the Czech, spoken by around 96% of the country’s population. Other languages spoken in the country are Romany, Polish, German and Slovak. Czech is an inflectional language, meaning that a variation in the inflection changes the meaning of the word.

Czech is spoken outside of the Czech Republic. You can find many of them in Vienna and other parts of Austria, Romania, Slovakia, Croatia, Germany and Poland.

Many more Czech speakers are in the United States, Canada and Australia. The Czech speakers in the U.S. are the largest group of speakers of the language found outside the country. The largest Czech communities are found in Cleveland, Chicago and New York but there are also communities located in the agricultural areas of Nebraska, Minnesota, Wisconsin and Texas.

The Czech Republic posted a 57.3 Purchasing Manager’s Index (PMI) in March 2018, making it the fastest growing country in Europe’s central and eastern region. It was a few points lower than the PMI reading in February, which was 58.8 but it still maintained its position at the top of the list due to new output and orders. The county’s growth is projected to improve beyond 2018.

In fact, in the Central and Eastern Europe (CEE) region, the economy of the Czech Republic is one of the most developed. Its workforce is well educated and highly employable. The country’s infrastructure is well developed.

The country’s economy is greatly influenced by export and foreign direct investment. The United States is one of its biggest international trade partners.

A variety of industries

You’ll be surprised by the number of industries in the country, making it one of the most stable in the region. The largest is the automotive industry. Several sectors that contribute to the economy include:

When the automotive industry experienced a downturn, the country decided to diversify. From manufacturing, it focused on services-based, knowledge and high-tech economy. It privatized its telecommunications sector and improved its banking sectors, with many banks owned by foreigners.

Today, one of the biggest business opportunities in the Czech Republic is in energy. The country is looking for other energy sources as the current government wants to reduce its dependence on brown coal, which is a high pollutant energy source. The country has investment incentives for companies willing to develop natural alternative energy sources. Right now it is importing energy from Russia through Ukraine. There are small deposits of gas and oil in South Moravia. The country is also developing nuclear energy, which supplies 30% of the country’s energy needs. The government wants to increase it to at least 40%.

To attract international investors and businesses, the country has prepared well. Some of the incentives include:

In fact, all the member states of the European Union enjoy a 1.1% average tariff rate and they have phased out the restrictions on land ownership by foreigners.

Right now, the Czech Republic offers plenty of business opportunities in different sectors. Many of these are very attractive to foreign companies engaged in a variety of industries. Below are some of the top business options.

Compared to the United States and Western Europe, the Czech Republic offers between 40% and 60% savings in labor costs with a high productivity rate. Each year, over 3,500 graduates of mechanical engineering enter the country’s workforce. The engineering sector is growing and the demand for engineering graduates is increasing.

About 12.5% of the workforce or 115,000 people who work in the country’s manufacturing industry are in the engineering sector. With the number of engineers available each year, the country has the capability to offer a skilled and sustainable source of workers.

The aerospace industry in the Czech Republic is globally competitive in terms of innovation and quality. This is an emerging market for local and international investors. Experience and knowledge sharing with national and international partners is the industry’s basis for now. The academe and the industry have instituted specific research teams, enjoying the cooperation of the public and private sectors to establish specialized university centers.

Within the CEE region, the automotive industry of the Czech Republic is among the most developed. It has now moved into the advanced European automotive base while maintaining a lower price and quality ratio. The industry produces vehicles for local consumption and export.

The country is now a vital destination for business-shared services and more than 75,000 employees are already employed in the sector. The projection is that by 2020, the number will increase to 100,000. The most desirable locations today are Brno, Prague, Olomouc and Ostrava. In 2016, the growth rate of the sector reached 16%. It is expected to rise, as the Czech Republic is the most attractive for business-shared services within the CEE and within Europe itself.

This is another fast-growing sector in the country. In fact, it is the second largest among the sectors. Today, more than 15,000 companies are operating in the country, providing jobs to 150,000 employees.

The country is also a desired destination for high-tech businesses, mainly because of the country’s innovative researches and its excellence in technology. Several video games that became internationally popular were created by Czech-owned companies.

The research teams from the Czech Republic are recognized internationally for the high quality of their research in the fields of metabolic diseases, neurology, cardiology, biochemistry and pharmaceutical and analytical chemistry, immunology and molecular genetics. Government support in this sector is continuous, setting aside public funds for the development of new diagnostic and pharmaceutical treatment research infrastructure. Complementary research facilities to the different universities and the Czech Academy of Sciences are now available in Plzeň, Olomouc, Brno and Prague.

Applied nanotechnology is one of the new pillars of the Czech economy. It supplies monocrystalline materials, electron microscopes and nanofiber production devices globally. International markets now have new types of batteries and nanomedicine solutions from the Czech Republic. It has developed several applications for nanofiber in various areas like air and water treatment, beddings, and functional textiles. The country even develops nanoparticles for air purification and nanostructures for anti-counterfeiting protection that is considered to be of the highest standard.

Aside from the sectors mentioned above, if you are interested in import and export, the Czech Republic has thousands of high-quality products that are known worldwide.

For example, the glass making industry in the country has been operating since the 13th century. The country produces some of the world’s finest chandeliers, domestic glass, Christmas ornaments, glass figurines, cut glass and lead crystal. Most of them come from Nový Bor and Jablonec nad Nisou while some of the most beautiful porcelain and glass come from Nová Rol and the Dub region.

For cut glass, the most exquisite creations are from the Moser Company, which has been patronized by world leaders since the time of Emperor Franz Josef I of Austria.

In terms of porcelain, the Czechs excel as well. Some of the globally known corporations include Český porcelán Dubí (blue onion patterned porcelain) and Thun 1794 brand porcelain from Karlovarský porcelán a.s.

Partner with us for your transaction and interpreting needs

Thinking of how small the Czech Republic is compared to its more popular neighbors? It’s amazing that the country has an excellent global reputation in various fields, befitting its top rank as the fastest growing economy in the region of Central and Eastern Europe.

If you need translations into Czech or any other language, you’ve come to the right place. Day Translations, Inc. has a worldwide roster of native-speaking translators and interpreters, ready to serve your language services requirements. Day Translations understand that your translation requirements may have short deadlines. We are open 24/7, 365 days a year to respond to your translation needs anytime, anywhere. You can call us at Call us at 1-800-969-6853 or send us an email at Contact us. We work with over 100 languages. We assure you that we deliver the most accurate translation possible, on or before your deadline. Call us now. 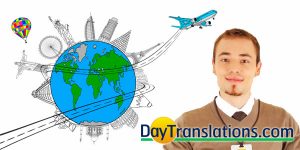 byDay Translations -
0
0
1k
When someone mentions interpreters or interpreting services, possibly the first thing that comes to mind is a scene of Nicole... 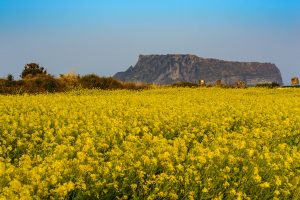 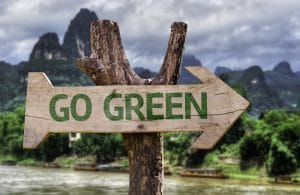 Travel
The Strictest Environmental Laws Around the World

byDay Translations -
0
0
2k
Government inaction on environmental problems is a serious issue worldwide, but there are countries that managed to pass environmental laws...

bySean Patrick Hopwood -
0
0
1k
Golden Week is called as such because several national holidays happen in a span of about seven days. In Japanese,...
View All Topics