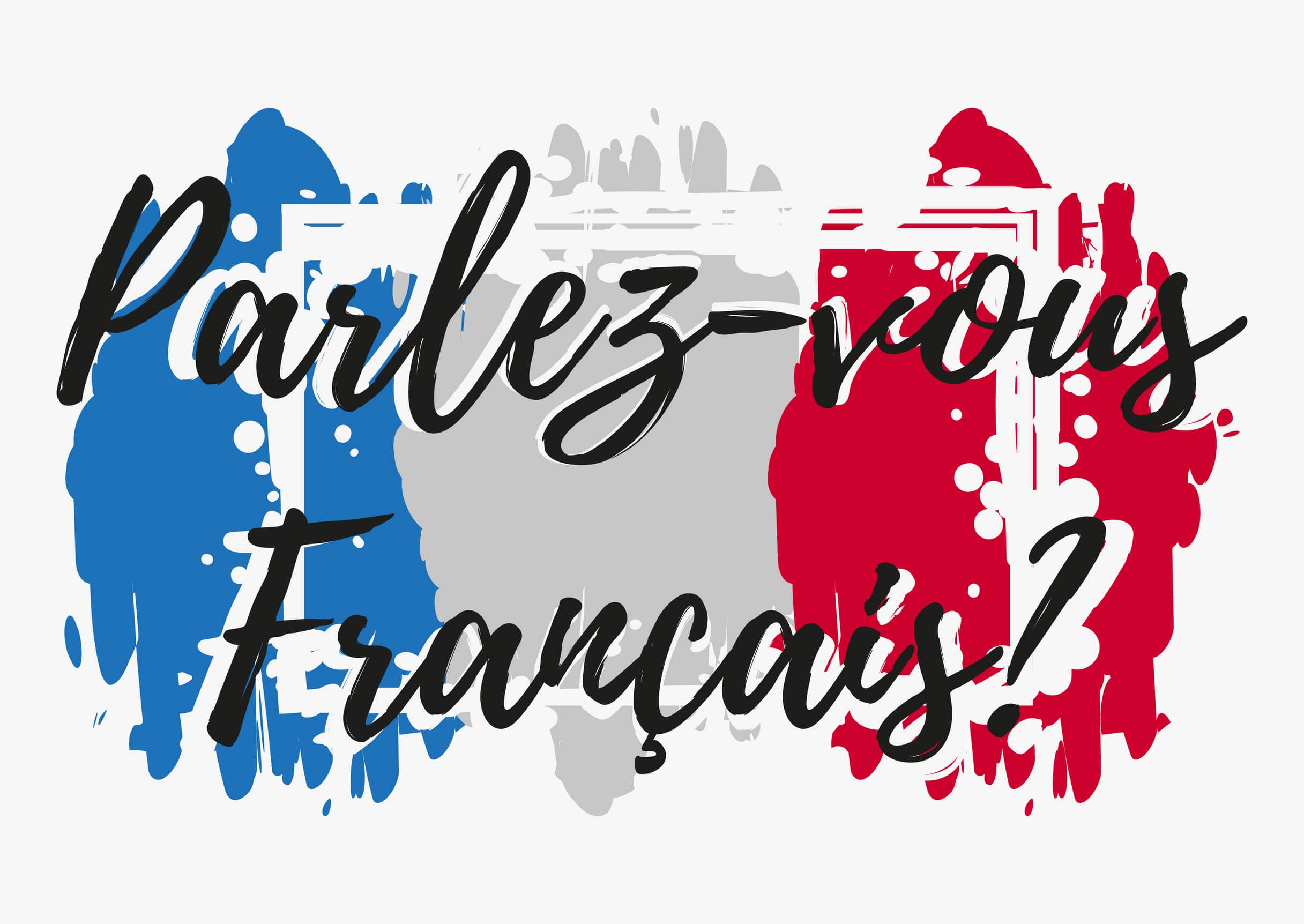 If you travel extensively and visit places where French is spoken, you are likely to notice that there are various French accents. La langue française or French is one of the Romance languages and part of the Indo European language family just like German and English. Just like the other Romance languages, it came from Vulgar Latin and closely related to the languages spoken in southern Belgium and northern France. The Frankish language, as well as some Celtic languages spoken by the Northern Roman Gaul, influenced the development of the French language.

Because France had overseas expansion in the past, a number of French-based creoles (FBCLs) wer developed. Haitian Creole or Ayisyen is the most famous. Others include:

Trivia#1:
Did you know that a French-speaking country or person is called a Francophone? The term is used in both French and English languages.

Trivia #2:
French is also spoken in some parts of Southeast Asia, such as Vietnam, Laos and Cambodia as well as in India.

In the 21st edition of Ethnologue, French is the 14th most spoken language in the world, with 76.8 million speaking French as their first language. Some 53 countries across the globe speak French. About 120 million people around the world are currently learning French.

French is the official language of 29 countries located in five continents. Many of these countries are part of the OIF or the Organisation internationale de la Francophonie, which has a total membership of 84 countries. These countries have the same method of teaching French and using the language officially. In the United States, French is spoken in Louisiana, Vermont, New Hampshire and Maine.

For many years, French was the language of diplomacy. While it has lost much of its “clout,” so to speak, French is still very much alive and there are groups who fiercely guard the language to prevent its demise. And get this; there are even groups that advocate retaining the pureness of the language.

With the number of countries speaking French worldwide, you cannot expect to have only one version of French used everywhere. There would always be differences, affected by the local culture, the presence of other languages and dialects and other factors. These elements contribute to a variety of French accents that make the language more interesting. About 23 French dialects are used by Francophone countries and territories worldwide.

These factors are what professional translators call nuances of the language and colloquialisms that they inject into their work to ensure that the translation is accurate and fits the preferences of the target audience.

For companies exploring various French markets, it is essential to understand that distinct groups speak French with a unique accent. Clients should understand the existence of these various French accents so that you can have a more accurate representation of your target audience’s voice, particularly if you are using videos for marketing and advertising campaigns. If you have read this, you’ll understand what consumers today prefer.

As customers gain more knowledge, they become more discerning and meticulous. They now want to listen to voices that are similar to their own voices, meaning you have to sound authentic.

There are several types of French dialects spoken worldwide so expect to hear different French accents that can help make your marketing videos and your localization accurate.

Speakers of Parisian French have the tendency to inject English or Spanish words when they talk. They also speak faster than speakers of other variants of French. Likewise, it is common for Parisian French speakers to use various phrases to show enthusiasm.

Tip: When non-French speaking customers request for Parisian French, they often refer to the Standard French that is common in Paris.

The accent of Parisian French follows the strict rules applied by French language learning institutions. Standard French is a formal register that you learn in school.

In Marseilles, which is in the south of France, people speak a different form of French. They call their French type as Marseillais, wherein the intonations are rhythmic and open. The accent is Southern and speakers of the language tend to speak very fast. For the untrained ear, the Marseillais is hard to understand. Most speakers often end their sentences with ‘eh.’

People from Marseille pronounce every syllable, including the final ‘e’ in a word. Thus, they pronounce the name of their country as ‘France-er instead of ‘France’ like most people tend to do. They pronounce specific syllables differently as well, so ‘vin’ (wine) sounds like ‘vang’ and ‘pain’ (bread) becomes ‘pang.’

Nearly 50% of Belgium’s population are speakers of French. They also have a distinct French accent. Due to the influence of the Dutch language, the French accent in Belgium is different, although the proximity of the two countries with each other makes the Belgian accent almost the same as the Parisian accent.

And here’s something for French language learners: French speakers in Belgium use different terms for common things. In Paris, déjeuner is lunch while in Belgium it is breakfast. Breakfast in France is petit-déjeuner. The way Belgians use French terms differently can cause confusion. For example, when you’ve bought something from a store, the clerk may say, s’il vous plaît that Standard French speaker understands as ‘please.’ For Belgian French speakers, this means something like, ‘take this’ or ‘here you are.’ A white roll that should be called petit pain is called pistolet in Belgium while a baguette is called pain française.

Belgians call numbers differently, too. Seventy, which in Standard French is soixante-dix, becomes septante in Belgium.

The type of French spoken in Quebec is Québécois French. Acadian French is spoken in New Brunswick. These two types of French used in Canada use the same written expressions and grammar as Standard French but the difference in accent, especially the vowels, is quite pronounced.

Québécois French put more nasal intonation on nasal vowels and they retain the ‘un’ sound that is almost non-existent in Parisian French as well as the long pronunciation of some vowels. It also pronounces the letter D as dzz and T as tss when they are before the vowels ‘i’ and ‘u.’

Acadian French on the other hand is like Belgian French, where the terms are very different from the terms used by Québécois French. For example, mouth is guoule while it is bouche in Quebec. Hat is chapeau in Québécois and calotte in Acadian.

In Louisiana in the U.S., they speak Louisiana Creole. However, this type of French is already endangered as there are only about 10,000 speakers left. The sound of Louisiana Creole is very different as it is a mix of French (that is somewhat influenced by American English) and a variety of African languages.

Haitian Creole is Caribbean’s French language. Being mixed with some African languages, the accent is quite distinct. Plus, it is also influenced by other languages, such as Portuguese and Spanish.

Like the other French accents, the French language spoken in Algeria is largely influenced by Arabic, in pronunciation and words. One very distinct difference is the rolling of the letter R.

Accent #9 – the Democratic Republic of the Congo

The variety of French spoken in the Democratic Republic of Congo is influenced by a number of African languages. Speakers have the tendency to cut their words short.

The list above is not exhaustive but it gives you an idea of the different French accents based on the areas where the language is spoken. For video producers and French language learners, it is vital to know about these distinctions among French accents to realize the breadth and extent of the language. It will help video producers to hire the right voice talents for specific jobs. Students will be able to understand that there are different types of French to help them choose where to go for their language immersion. It will open their minds to the diversity and help them to adjust.

Being truthful to the language

It is always essential to be truthful to the language, from its grammar and syntax to its local cultural characteristics. So when you need translations from and into French, you should work with a professional translation company that understands all the rudiments of each language. The translators of Day Translations, Inc. are all native speakers who live in-country. This ensures that you get the most accurate translations into whatever type of French you require. You do not have to miss a deadline, as we are open 24 hours a day, every day of the year. We can easily connect you to the right translator wherever you are located, in whatever time zone. Call us at 1-800-969-6853 or send us an email at Contact us. 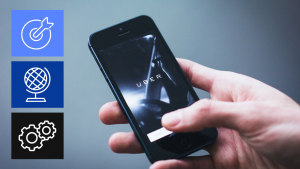 Business
How Did Uber Expand Worldwide? 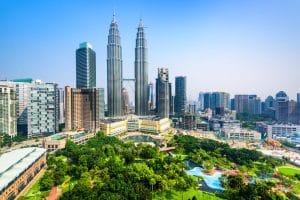 byDay Translations -
0
0
1k
Malaysia is fast becoming a favorite business destination of many companies, especially those from the United States. One of the... 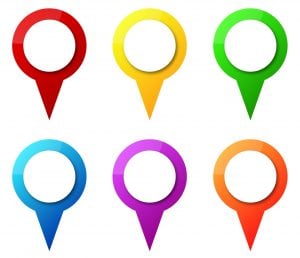 byDay Translations -
0
10
5k
While the Internet’s global infrastructure has connected billions of people across continents, a big hindrance to the openness and... 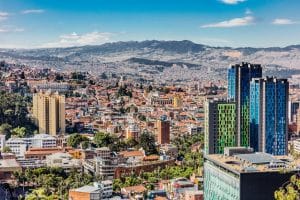 byBernadine Racoma -
0
0
1k
Colombia is the gateway to South America as it is located in the continent’s northwestern region, and connects the continent...
View All Topics