Extinction of Languages: A Sad Reality the World Faces

For a language to be considered extinct, it means that it is no longer spoken in everyday communications. It is also referred to as a dead language. Though a part of some languages have still been recorded in some historical accounts, it no longer has a native speaker who can speak it fluently. There are a lot of reasons behind the extinction of languages. In fact, there are languages with only a very few native speakers left and are also on the verge of extinction. There are over 90 recorded extinct languages in the 18th and 19th century. Some of the examples are Mesmes, Negerhollands, Pochutec, Slovincian, and Yola.

The prevalence of economic globalization is one of the main reasons behind the extinction of languages. This is where people tend to use a language that is more commonly understood by those who are not from the region. They can conduct businesses faster if they use the dominant language rather than their own language. This paved the way for the dominance of these languages in the world of commerce; English, French, Chinese and Spanish.

This is a situation in which people from a specific region are pressured to speak a different dominant language and abandon their own. In this situation, there is a possibility that people will give in to pressure and just leave their native language altogether. The Ryukyuan Languages in Japan for instance became almost extinct in the 19th century when the Ryukyu Kingdom was defeated by the Japanese government. Since the government has imposed heavy penalties to those who don’t follow the standard Japanese language, people from Ryukyu were forced to just abandon their native languages.

Another possibility is the gradual decline of a language leading to its eventual death. The Hawaiian languages for instance have gradually declined in the 1800’s due to the presence of missionaries in the islands. They were heavily influenced by these people to speak English. In 1893, it became worse when the Hawaiian monarchy fell and all public schools in the region were forced to use English as the medium of instruction. Though Hawaiian is not a completely extinct language as it still has 2,000 native speakers, it might be gone soon if no serious conservations efforts are done.

This is one of the worst possibilities leading to the extinction of languages. The first scenario that could take place is the occurrence of a natural disaster that could possibly wipe off an entire population of native speakers. It could also be because of language genocide. This is where native speakers of a language are forced to speak a particular language and abandon their own. They were not just penalized for not following the rules, but could also face death.

The means of transferring the language to the next generation are also intercepted. The Kurds for instance are heavily facing this problem. Other than Iraq where the people are given the freedom to use their language, in other places where there are Kurds, they have been totally prevented from speaking the language. In Turkey for instance during the 1930’s, Kurd students were forced not to speak the language and heavily punished them for doing so. Even in Iran during the “Persianization” policy implementation, Kurds also faced the same challenge.

The death of a language is indeed a sad phenomenon, and if only preservation efforts can be doubled to help save some languages, they should really be implemented. 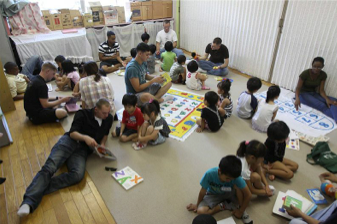 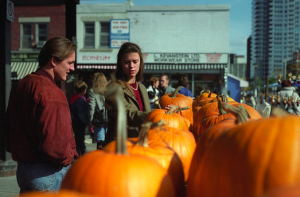