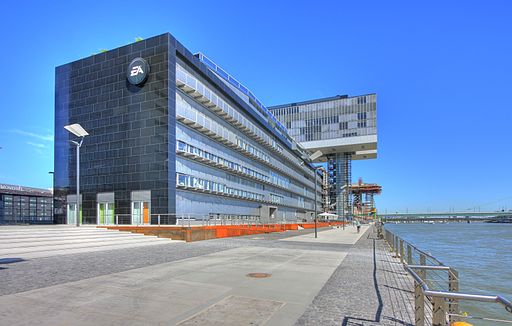 How Electronic Arts Expanded Around the World

Many people might not easily recognize the name Electronic Arts (EA), but there is a big possibility that they are familiar with some of its products. For the unfamiliar, Electronic Arts is a video game creator and publisher. It ranks second largest in Europe and the Americas in terms of market capitalization and revenue. Some of its popular video games include sports-related games such as UFC, NBA Live, NHL, Madden NFL and FIFA.

Its founder, William ”Trip” Hawkins III and incorporators, William Bingham (Bing) Gordon and Tom Mott all used to work at Apple. The company was one of the early creators of games for home computers. It made a difference in the gaming industry by promoting not only the computer games but their programmers and designers.

Founded on May 27, 1982, Electronic Arts created many games as well as software for PCs before experimenting with game development techniques. Five years after incorporation, it released Skate or Die! before concentrating on acquiring smaller yet profitable companies. They likewise focused on profitable video game franchises that they released annually. They employed these company strategies to stay viable.

Many of the franchises released by Electronic Arts are very popular such as:

Some of the new ones are:

Aside from the video games that they release worldwide, EA also owns and operates various gaming studios in different parts of the world, such as DICE, which is located in Los Angeles and Sweden. In Burnaby, British Columbia is EA Vancouver, while BioWare has offices in Austin, Texas and Edmonton, Canada. The office of EA Tiburon is in Orlando, Florida.

So many video game creators and publishers are located around the world, with different levels of success. Some of the games they produce can be played using different platforms.

Some of the big names like Atari, Nintendo and Sega produce video games for their proprietary game consoles. So it limits the choice of platform to be used by the video gamers.

Electronic Arts deviates from the norm by manufacturing and releasing software that can be used on different hardware, from CD-ROM players to video game consoles to laptops and desktop computers. The company does not create video game equipment or gaming consoles. Instead, it concentrates on the production of software and marketing and distributing them internationally. That was the agreement among the incorporators and the strategy they still follow today.

They started the company with a capital of $5 million from private investors. Only 11 people were working for the company when it started. Today it is a publicly traded company with 9,300 employees (2018) with a net income of $1.04 billion in 2018.

Flexibility is Key to International Success

The video gaming market is quite active and changes happen quickly. When the market evolves quickly, it is essential for suppliers to be flexible. This trait made EA successful. From the start, it was already flexible. For one thing, the software it develops can be played in the computer hardware that most people use. EA typically produces different versions of the same software to ensure that it can be used by the most number of people who may have owned different computer systems.

The first product it released way back 1983 was to be used for the Atari 800 game player. But when the market started to use the Commodore system, EA reacted quickly and released six games that can be played using Commodore 64.

Their release of the Skyfox video game in 1984 for the Apple II computer was a hit. They scored another hit in 1986 when they released games for the popular system at that time – the Commodore Amiga. Four years later, Electronic Arts invested about 50% more in the development costs of its software products to ensure that they all can be played in different computer systems.

It can be said that the executives of Electronic Arts have the foresight to explore the gaming industry at a different angle. During the 1980s, the creation of games software was still quite new, because not many people own computers. Thus, EA took a different approach by designing and producing their software using the entertainment industry as their model.

Rather than investing in computer programmers, Electronic Arts instead employed project managers to work as producers along with designers of software for graphic arts. They looked for freelancers who could submit new ideas for computer games, in the same way the film companies accept scripts from independent writers.

If a submitted game scenario looked promising and it was approved by an in-house review committee, the game would be assigned to one of the producers who would work with the designers and the writer to develop the game.

Following the pattern of film studios, Electronic Arts produced a number of games to improve their success rate. As early as 1984, the company acquired marketing rights to several software packages created by smaller companies that connected to them through their Affiliated Labels system. Just like an entertainment company, Electronic Arts started contracts with several sports stars and other celebrities, such as Garry Kasparov, Larry Bird, Michael Jordan and John Madden, using their images and their names in the software they produced.

Instead of contracting distribution companies, EA formed its own sales team. Its salespeople are the ones who directly approach big retailers such as Target, Wal-Mart, Toys ‘R’ Us and Egghead Systems Incorporated. The strategic approach gave them more control over their sales and product inventory. Moreover, they were able to follow consumer trends better through their sales team.

The company also started selling their games overseas, making more money from international buyers. It paved the way for EA to put up a manufacturing facility in Langley, England to take care of the European market.

Senior executives concentrated on new growth plans for global expansion. They realized the need for different software formats that could be used on video game players connected to TV sets.

One of its strategic moves was to revise and design new games for Sega Genesis. EA provided games for several cartridge game companies but refused to do business with Nintendo. EA was not willing to abide by Nintendo’s condition not to provide games for its competitors, especially Sega.

The decision was fruitful as about a quarter of its earnings in 1990 were from the sales generated by the 10 or 12 games they created for Sega Genesis. It also made EA the top player in the software development niche for the 16-bit game machines. In fact, the arrangement proved beneficial to both companies, allowing them to increase their sales worldwide.

EA did revise its policy and created games for the 8-bit machines of Nintendo when the latter introduced the Super Nintendo Entertainment System or Super NES to the U.S. At the same time, Nintendo also revised its policy and allowed software developers to revise the games they provided to other companies so they could be played on Super NES.

EA was the leader in sports games and capitalized on it. The company introduced EA Sports as a brand in 1991. It also solidified its international expansion with the acquisition of Distinctive Software, Inc. of Vancouver, Canada and Origin Systems, Inc. of Austin, Texas and other strategic partnerships, allowing them to penetrate Asian and other European markets.

Electronic Arts decided to diversify in the early part of the 1990s by creating different educational software for children ages 3 to 14 and marketing them under the EA Kids brand. They made versions of the learning software for home use and for schools.

Factors that Made EA an International Company

Focus on the Users

In 2012 and 2013, EA suffered setbacks because it focused more on the bottomline. While it is still one of the largest video game publishers in the world, it somehow lost sight of the fact that the needs of the players should be addressed. For CEO Andrew Wilson, his mission is for EA to focus on the players/users and he wants all the employees to keep that in mind.

He wants to reset their minds so they can start by understanding video game players by learning why gamers are attracted to a game from EA and why they spend hours playing video games. His vision is to make the company the best in the business, one that produces not just good or better video games but excellent and awesome games.

Conquer the World Through Translation

Do you need help in making your video games available in different languages? You do not have to look any further because Day Translations, Inc. is here. We are a professional language translation company that offers a full suite of language services. Day Translations is open 24/7, every day of the year, so you do not have to wait. You can get in touch with us anytime by either calling 1-800-969-6853 or sending us an email at Contact us. We handle over 100 languages and our professional translators and subject matter experts are all native speakers and living in-country, thus ensuring the accuracy of the translation because they understand the full nuances of the language. 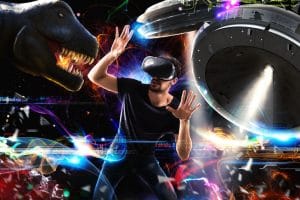 byDay Translations -
0
0
1k
Do you know of someone who has not played video games? Maybe you can think of a few friends, but... 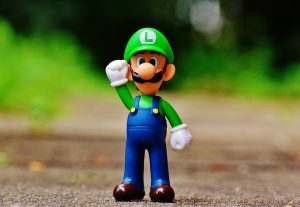 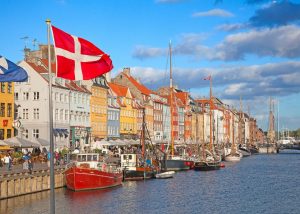 byDay Translations -
0
0
1k
The Kingdom of Denmark is a Scandinavian nation in Northern Europe that is surrounded by Sweden, Norway and Germany. Greenland... 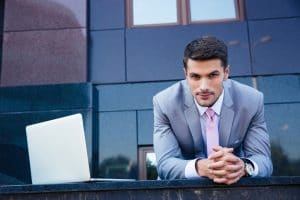 Business
Virtual Accountants: Is this the Future of Finances?