All About the Chinese Chop (YìnJian)

The Chinese chop – called YìnJian – is the equivalent of a stamp and is used in lieu of signatures on personal documents. Chops are also used for office paperwork, contracts, and any other item requiring acknowledgment or authorship.

The History of the Chinese Chop

The Mandarin word Yìn refers to the imprint process created by the seal. Chop – the colloquial name for the Chinese seal was adapted from the Hindi word chapa and the Malay word cap, which means stamp or rubber stamp.

Chinese seals are typically made of stone, but they might also be manufactured from bamboo, plastic, ivory, wood, or metal. The seals are generally used with red ink or cinnabar paste.

There are three styles of Chinese seals which can be used to authenticate documents. These include:

These are the three styles of chops that you might encounter, but did you know that there are over ten categories of chops?  The ones we see most often are associated with U.S. visas, and these tend to be company chops. These chops are used to sign legal documents.

The other typical chop we encounter is a person chop. These chops are sometimes used as a signature for letters. These aren’t stamps that mimic physical signatures, but they do contain the carved-out letters of the company representative’s name.

Depending on what based material the seal is made of, one of two seal pastes can be used to make an impression on the document. The general color used for Chinese chops is scarlet red, but it’s not uncommon to see other colors like black and navy being used for specific purposes.

Silk paste is made from pulverized cinnabar and mixed with castor oil and silk strands. The thick substance has an oily appearance and tends to be a bright red in color.

Plant paste is made from pulverized cinnabar and is mixed with castor oil and moxa punk. The texture of this paste is loose, and it creates a sponge-like appearance that isn’t oily.

Use of the Chinese Seal

In general, Chinese seals are used for official purposes as they can be used to verify identification, akin to a signature. In banks, for example, they traditionally used to use the seal identification verification process.

Seals are typically carved by seal carvers or by the user themselves. Specialist carvers carve the user’s name into the stone, but some people carve their own seals using soapstone and fine knives.

Chops are used to verify the owner of a document, and as such, they are commonplace on official certificates. Whenever these documents are translated from Chinese to English, the identification on the seal is also translated and certified as authentic.

If you’re a Chinese citizen in need of assistance with having any of your legal documents translated and certified, Day Translation is your go-to local partner. We’re based in Shanghai and offer the fastest and most accurate certified translation services, regardless of where in China you’re based. We also provide assistance with obtaining chops for your documents along with our range of innovative language solutions services. Get in touch with us today to find out how we can help you bridge the language barrier! 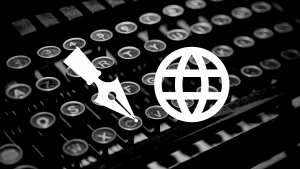 Business
Multilingual Blog Strategy: How to Write
by  Aaron
0
1
2k 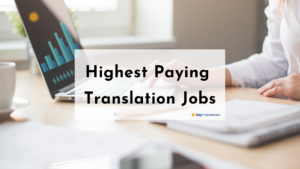