You cannot help but be impressed when you meet someone who is able to speak several languages. It is already impressive when a person can speak two or three languages, but when an individual can speak four or more, then it is something amazing. And in today’s post, we’re looking at the most accomplished polyglots of our time!

You may hear the terms multilingual and polyglots used when talking about people who speak several languages. On the surface, it seems like the two terms are the same, since they mean that an individual can speak two or more languages. However, when you analyze each one, you’ll learn that a multilingual person speaks two or more languages because he or she had bilingual education. It could be because the person stayed overseas for a long time and acquired the language or had to learn the language as a requirement for an international job.

The situation is different for a polyglot. A polyglot is a person who has a genuine love for languages and is willing to invest time, effort and money to learn the languages that he or she is interested in. It does not matter if the language will not be useful to the person, what is important is learning the language. Here’s a good example:

Over the years, many individuals have developed their enthusiasm to learn different languages for the fun of it, while others have become accomplished polyglots because they were able to use their linguistic knowledge in practical and beneficial applications.

Know some of the astonishing individuals who might give you inspiration to take up a language or two on your own.

Powell Janulus, a Canadian who now lives in British Columbia still holds the Guinness World Records that he earned in 1985 for being fluent in 42 languages. Qualifying for the record was grueling, as he had to pass a 2-hour conversation (fluency test) with a native speaker of each of the 42 languages.

His father was from Lithuania and spoke 4 languages while his mother, who was Polish, spoke 6 languages. By the age of 18 he was already fluent in 13 languages. He said that he struggled with the academic style of teaching languages and was able to develop his own method to learn languages faster.

Listen to Powell Janulus speak several languages in this video.

Kató Lomb was from Hungary. She was credited for being one of the world’s first simultaneous interpreters. Ms. Lomb worked as a translator and interpreter. She was a fluent interpreter in about 9 or 10 languages and translated into 16 languages, including Ukrainian, Spanish, Slovak, Russian, Romanian, Polish, Latin, Japanese, Italian, Hebrew, German, French, English, Danish, Chinese, and Bulgarian. Lomb said that she learned these languages to fulfill her interest.

She graduated with a degree in chemistry and physics, but her interest soon turned to languages. In one of her interviews, she said that she only had 1 mother tongue and that is Hungarian, but she was able to quickly switch to German, French, English and Russian with ease. She said she was self-taught in the other languages. She was notable for interpreting without any preparation in 4 languages. Ms. Lomb was able to translate technical material and literature into 6 languages. She wrote several books published in Hungarian.

Harold Whitmore Williams was born in Auckland, New Zealand. He was the foreign editor of The Times and was a polyglot. Harold was considered as one of history’s most accomplished polyglots who spoke 58 languages. He was able to speak all the languages of the Austrian Empire and some ancient languages such as Ancient Greek, Egyptian, Coptic and Hittite.

His father was a Methodist priest who taught him to read the classics. By age 7 he discovered that he had an enormous capacity to learn and study Latin. Using the Bible, he constructed the vocabulary and grammar of Dobu, a language spoken in New Guinea while still a schoolboy. He later collected the vocabulary of a dialect spoken in the island of Niue. He was self-taught in most of the languages that he spoke. Throughout his lifetime, he was able to read editions of the Bible in 26 languages.

Kenneth Hale was a linguist and professor at the Massachusetts Institute of Technology (MIT). He spoke more than 50 languages and was noted for studying several languages that were endangered, particularly the indigenous languages of Australia, Central America and North America. Professor Hale studied Ulwa, Warlpiri, O’odham and Navajo among others. He was one of the rare individuals who were able to learn a language by listening to a native speaker for about 15 minutes.

Kenneth was a polyglot who learned several languages as a child (English, Tohono O’odham and Spanish) and through his conversations with his roommates in high school (Hopi and Jemez) and his university roommate (Navajo). He became fluent in Warlpiri when he was in Australia.

Professor Kenneth Locke Hale was elected to the National Academy of Sciences in 1990.

Michael Ventris was an Englishman, an only child who was born in 1922. He was listed as a philologist, classicist and architect, but he was also a polyglot. Michael was fluent in Polish at age 8 and learned French, German and Swiss German when his father was stationed in Switzerland. He returned to England as a teenager and learned classical Greek and Latin at Stowe. By that time, he was already very interested in Linear B.

Linear B was a syllabic script that became the proof that Mycenaean Greek had a writing system. It had more than 100 ideographic signs and 87 syllabic signs. It was discovered by Arthur Evans, a British archeologist.

Michael Ventris’ main contribution to the world of linguistics was deciphering Linear B. By closely studying the script and the early works of Arthur Evans, Professor Alice Kober and Professor Emmett L. Bennett, Jr. Ventris, with the help of John Chadwick, a classical scholar and English linguist, fully deciphered Linear B, and determined that it was Greek. The language was spoken by the Minoan-Mycenaean culture that inhabited Crete. They proved that Greek had a written form that existed several centuries earlier than the commonly accepted date.

Cardinal Guiseppe Mezzofanti of Italy, who was born in 1774, was a famous hyperpolyglot, who was considered as one of the greatest polyglots in history. Aside from theology, the Italian cardinal was also knowledgeable in astronomy, numismatics, archeology and ethnology. But his true passion was in languages and he was known for his ability to speak about 39 foreign languages and various dialects.

Cardinal Mezzofanti was a University of Bologna professor of Arabic. Later he also taught Greek and Oriental languages at the same university. He simultaneously performed many assignments while learning languages. He maintained the Vatican Library and headed various missionary activities. His being a hyperpolyglot was well known and it was said that when the cardinal passed away many Europeans wanted to possess his skull.

Sir John Bowring was Hong Kong’s fourth governor. He was a writer, traveler and political economist. He was best known for his linguistic abilities. During his tenure as governor of Hong Kong, he was very active in the island’s politics. But because of his love for languages he enjoyed a second career. He said that he was able to speak 100 languages and know 200 in varying degrees. He spent time translating literature, poetry and folk songs from Spain, Eastern Europe and Russia. Edgar Alfred Bowring, a son of the governor, followed the footsteps of his father and became a translator as well, although his linguistic repertoire did not exceed that of his father.

Georges Dumezil was a philologist from France. He was famous for his studies on social classes and mythography. Because of his love for ancient languages, he was able to do in-depth research using a variety of primary source materials. Aside from learning several classical languages, he was able to read or speak over 200 languages in different degrees of fluency before he died.

An expert in China and a diplomat from Germany, Emil Krebs had linguistic abilities that were out of the ordinary. He wrote and spoke 68 languages with a good degree of fluency. Emil also studied an additional 120 languages. He had a collection of over 3,500 language books, and these are now kept in the Library of Congress in the United States.

Emil was sent to Beijing as an aspirant interpreter in 1893 and worked as a diplomatic German-Chinese translator as well. He learned other languages during his stay in China, which made him well known in the diplomatic circle.

Remarkably, Krebs used the secondary languages he learned to study other languages. He learned Finnish using Russian, Irish and Hindi through English and through Spanish he learned Basque.

The Brain Research in Dusseldorf has preserved and studied his brain since he died in 1930.

Another very accomplished polyglot was Ferenc Kemény, who was born in 1860 in Serbia. The Hungarian linguist was able to understand over 40 languages. He was capable of speaking 12 languages and writing in 24 other languages. Ference went to Stuttgart because he wanted to improve his skills in the German language and studied in Paris because he wanted to hone his French speaking skills. He also spent time teaching in some provinces in Hungary.

Ference was a founding member of the International Olympic Committee. But he was also a translator who spent most of his time translating Hungarian literature and poetry into over 17 languages. He was also capable of translating 30 languages into Hungarian, his mother tongue.

Polyglots are extraordinary individuals in their ability not only to learn but speak and write in several languages. However, you do not need a polyglot to have your documents accurately translated into more than 100 languages. All you have to do is contact us Day Translations, Inc. or at 1-800-969-6853. We are open 24/7, all days of the year. All our translators are native speakers and located around the world to respond to your translation needs quicker. 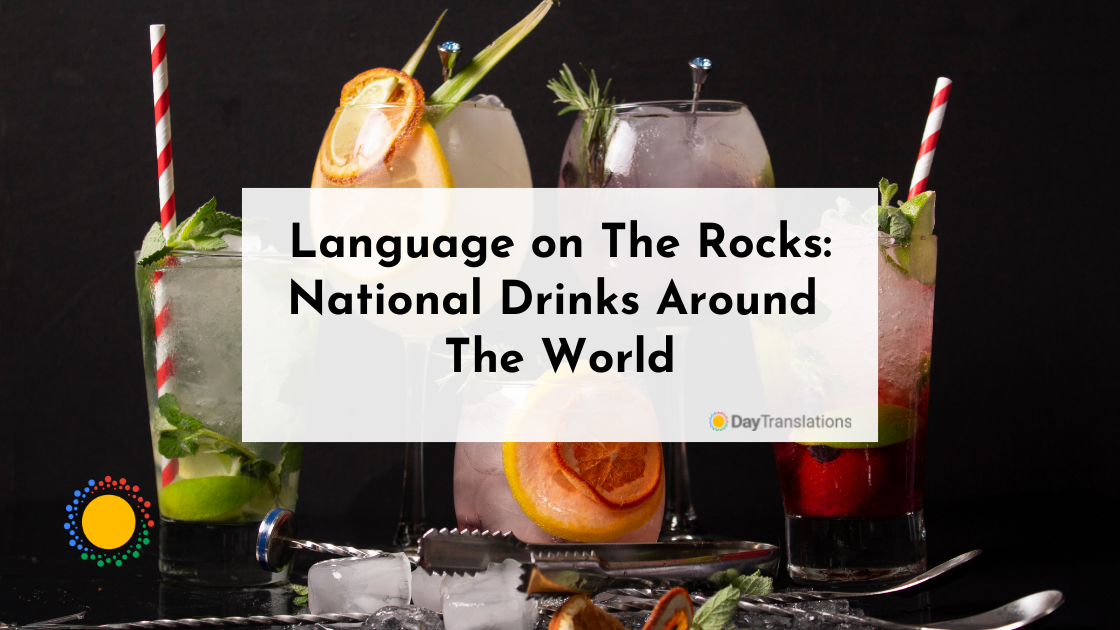 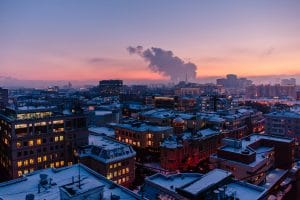 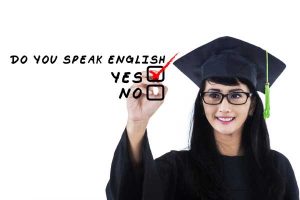 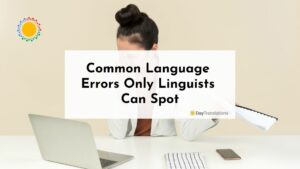