The Amazing Illusions of 3D Street Art: Not just an ordinary graffiti

London, Italy, Germany, the U.S.A., Israel and Thailand are just some of the places where anamorphic artists create 3D street art or chalk art on sidewalks. These amazing artworks in full color have been attracting awed audiences around the world and have spun a series of festivals devoted solely to this type of anamorphic art.

They are based on the trompe l’oeil art technique employed when painting art works on ceilings. The technique creates illusions of great depth and space, causing the art works to look like jumping out or sinking on the pavement when viewed from a specific angle.

The concept is not new since the art style has been around since the 1700s in the streets of Great Britain and anamorphic art has been in existence for 500 years. In the United Kingdom the artist is called a screever, while in Italy, the street painters are called I Madonnari and Strassenmaler in Germany.

American Kurt Wenner, who used to work for NASA before moving to Rome to study his first love, classic art, introduced 3D chalk art in the United States in 1987. He has created several masterpieces that earned him several awards. It also inspired other artists that became masters of the art form, such as Julian Beever, the German team of Manfred Strader and Edgar Müller, Tracy Lee Stum and the Spanish street artist Eduardo Relero.

In 1906, London held the first street painting festival and competition on record. Grazie di Curtatone hosted the first International Street Painting Competition in Italy. The Lake Worth Street Painting Festival in Florida is one of the largest in the U.S., attracting the participation of more than 400 street artists since 1994.

In Denver, the city has been hosting The Denver Chalk Art Festival since 2002. The festival turns the streets of Latimer Square into a chalk art museum for two-days.

It took a satellite to take a photograph of the world’s largest pavement art in 2008. It required the help of more than 4,000 elementary school kids in Alameda, California and another 2,000 people including artist Mark Wagner to create a Guinness Book of World Records winner chalk art masterpiece. It measured 8,361 square meters or more than 90,000 square feet.

The Sarasota Chalk Festival had its First International Street Painting Festival in 2010. It lasted for eight and a half days, where more than 250 international street painters created Halloween-themed chalk art. In 2011, Leon Keer, a Dutch chalk artist supported by artists from Planet Streetpainting created the Lego Terracotta Army to celebrate the release of Ego Leonard from custody to the Sarasota Chalk Festival founder, Denise Kowal.

Wilhelmshaven, Germany started its own International Street Art festival in 2011 and repeated the festival in August 2012, attracting 37 international street artists and where Vanessa Hitzfeld, Lydia Hitzfeld, Melanie Siegel and Gregor Wosik created the largest anamorphic 3D pavement art. We Talk Chalk company introduced the art of 3D chalk art in Thailand and Israel in 2012, attracting the presence of President Shimon Peres of Israel. 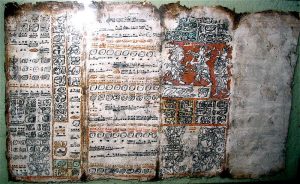 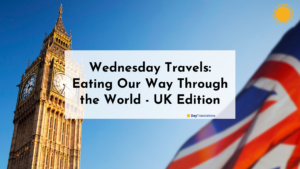 Arts and Culture
Wednesday Travel: Eating Our Way Through
by  Daniel Saenz
0
1
1k 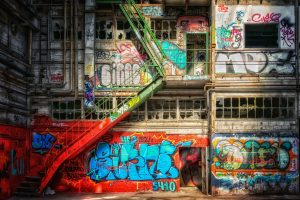