Shakespeare might not be your most favorite subject in school but you might have to rethink if you know how much he had contributed to the enrichment of the English language.

His works might be difficult to comprehend, especially if these are read in the original Old English language that could be mind-draining for an average person, but they are a mine of ideas and inspiration for lovers of literature. William Shakespeare is still considered as the most outstanding among writers of the English language, who had changed European theater and influenced a sizeable number of poets and novelists through the years. He is still the most quoted writer and many of his words and phrases have been included in everyday English, with translations that have encroached on other languages as well.

While students today will continue to complain about Shakespeare as a literature subject and question how knowing his works will affect their real lives, maybe knowing the works that Shakespeare invented and contributed to the English language, many of which they themselves use, might change their minds. It is not confined to “manager,” “eyeball,” “zany,” “barefaced,” “eyesore,” “baseless” and “fashionable.” There are several more and they were not only words that he contributed, there were several phrases as well.

Most of the words that Shakespeare created and invented were done during the time that wars and colonization were happening in Europe. The English speakers at that time were borrowing a lot of words from other languages although this should not undermine the fact that he was one very skillful wordsmith.

It is undetermined though if Shakespeare was the first to use the words attributed to him, although for the most part, he was the first to use these words in the written form. There were some surprising discoveries about some of the words that he used when many of his books were digitized, yet you have to praise the playwright, actor and poet for his contribution to the popularity of about 1,700 words.

For theater professor Maria Delgado of the Queen Mary University of London, Shakespeare was the finest example of British or English dramatist. His language was full of the sound qualities of Germanic, Spanish and Latin terms, which is why his plays and books sound good in almost any language. His works translate well because he used a language that was a hybrid of Celtic, Old Norse, Latin, French and German languages, which were the languages that contributed to the evolution of the English language.

Some familiar words and phrases

Majority of English speakers would be very familiar with phrases such as these: 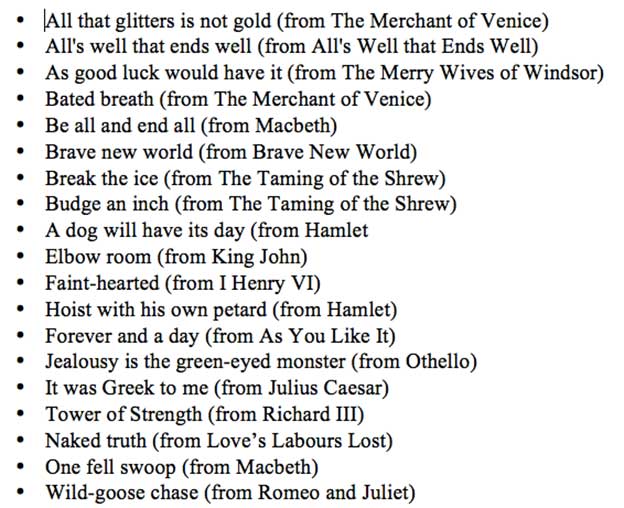 These are just some of the phrases that were used in Shakespeare’s books and plays, which have endured and continued to be used to this day. There are many words as well that were coined by the great playwright, some of which originated from loanwords. Shakespeare created new words and formed others from existing ones by adding suffixes and prefixes, connecting two or more words, changing verbs into adjectives and changing nouns into verbs, thus ending with words that re more expressive and colorful. 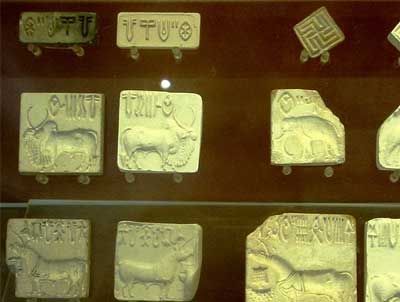 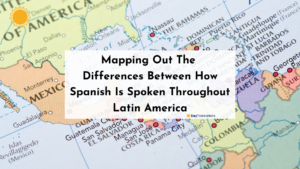 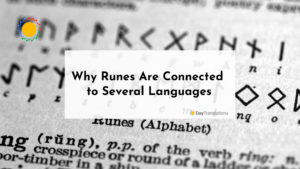