Why Do UK Singers Seem to Lose Their Accent When Singing?

It’s one of those questions you probably wanted to ask but you keep forgetting. Why don’t British singers sound British when they sing? Adele, who has a distinctive London accent, sounds American in her hit songs, notably different from the way she normally speaks. Irish Bono of U2 appears to quickly transition into an American sound when he belts out his tracks. Many other world renowned international singing stars from the UK demonstrate this, from Elton John to Phil Collins, Rod Stewart, Mick jagger, and Ed Sheeran.

Notice the difference between Adele’s talking and singing accent in this video.

So what’s the secret behind the disappearance of her accent? There are two main theories or highly probable answers for this.

Reason #1: Because singers may want to adapt to pop music’s roots and biggest market

One of the most common theories raised to answer the question on the mysteriously vanishing accent when singing is the global prominence of the American music industry. The United States and Britain are regarded as the birthplace of modern pop music. However, pop music born in the former is perceived to have become more popular first and it continues to be the most prominent music industry in the world.

That’s why many believe that singers tend to lose their accents because they are trying to follow the sound of pop music pioneers. British acts could be trying to copy the style of music that was popular at the time they were trying to build a name.

A Telegraph article quotes University of Reading’s English Language and Applied Linguistics department head, Professor Jane Setter, in pointing out that the trend of losing accents when singing is driven by the fame and prominence of American pop music and singers. According to Setter, UK artists were slightly behind their US counterparts so they were emulating popular musicians like Elvis Presley. Also, much of modern music is based on blues, says Setter, and blues happen to be from American tradition. In other words, American music is seen to be playing significant influence over British music and singing. The “British Invasion” in music only happened in the mid-60s, whereas the US music scene was already thriving in the ‘50s.

On the other hand, British singers could also be trying to fit into the American music industry, following where the money trail goes. While the music industries of other countries are slowly increasing in their respective market shares (the UK has the 3rd largest music market according to IFPI Global Music Report 2017), the US still has the largest overall share in the global music industry. Obviously, it pays more to become big in America so the presumption is that singers are trying to blend in for American audiences to more easily appreciate them.

Reason #2: Because of the melodies and beats

Another interesting, and perhaps the more convincing theory, is that British singers lose their accents because of the melodies and beats they are trying to follow ase they sing. Linguist and author David Crystal said that the melody of a song neutralizes intonations while the beat takes away the usual rhythm associated with speech.

In casual speaking, everyone has full control over how to utter words, as unwittingly guided or nurtured by environmental factors. These environmental factors are mainly the usual people a person converses with and the usual conversations a person is exposed to. Verbalizing when speaking is different from verbalizing when singing. In the former, it’s the thought or the message being conveyed that counts. In the latter, it’s the melody and beat that matter. Talking is the same regardless of the intonation, speed, and rhythm by which a person speaks. With singing, a song is not going to be the same song without the correct tune and beat.

The message being conveyed by the lyrics of a song matters but certainly, it’s the melody that carries the greater weight. Again, a song isn’t going to be the same song or is not going to sound pleasant when it’s not sung the way it should be sung. The pace and intonation of music affects the way words are pronounced.

In speech, intonation refers to the melodic pattern of speaking, which involves variations in pitch, stress, and rhythm. When it comes to music, intonation infers a musician’s realization of accuracy in pitch. This is what music competition judges describe when they say a singing is “flat” or “sharp.” It entails interval, melody, and harmony.

Singing leads to a more neutral way of uttering words as syllables are prolonged and stressed in certain ways. Singers are also somewhat forced to elongate their vowels. The British accent is recognizable for its certain quirks like omitting the “r” at the end of words (example: winter → win-tuh). These quirks may be difficult to incorporate in singing as they can considerably interfere with intonation. That’s maybe why singers tend to switch to a neutral accent.

Neutral accent and the American accent

For decades, the neutral accent has become synonymous to or associated with the American accent. This is mostly due to TV and cinema. It’s very easy to differentiate UK from US TV shows and movies because of the accent. In American accent, words are pronounced in pretty much the same way they are spelled.

This is not disregarding the fact that many parts of the US also have thick accents. There’s the so-called Southern accent that is notable among residents of Southern Louisiana, Alabama, and Mississippi. However, what is known as the American accent is what is often heard in mass media, TV in particular.

Interestingly, there’s one study that says singers who are known to have thick accents actually don’t realize they are losing their accents while singing. New Zealander researcher at the University Institute of Culture, Discourse and Communication of Auckland University of Technology (AUT), Andy Gibson, believes that singing in an “American accent” is not a deliberate choice.

It’s more of an instinctive decision as singing in a neutral or “American accent” is easier to do. Gibson’s study concludes that neutral accent singing is “the most natural way to carry a tune.” Gibson’s study is not that comprehensive and conclusive but the methodology he used appears to be observable in many places. His study only focused on New Zealand singers who have thick Kiwi accents. He learned that these singers sang in almost the same way, using an American twang, when they were made to sing.

A combination of reasons

It’s difficult to ascertain what exactly is causing singers to sing in an “American accent.” Is it because they just adopted the way it was done since British singers started to matter in the global scene (provided that it’s true that pioneering pop musicians emulated American pop artists)? Or is it because it’s just easier to sing with a neutral accent?

The idea that UK singers are trying to mimic the American twang to be more appealing to the US music market is not always true. Lily Allen and Frank Turner, for example, maintained a British accent while singing but managed to crack the US market. Their accents also show that singers don’t always automatically shift to a neutral or American accent as they sing.

Perhaps it’s a combination of the two main reasons discussed above. Most UK pop artists know the importance of the US market and are aware that the accent can be an issue. What happened to Cheryl Cole’s axing at the US franchise of the X-Factor demonstrates this point. She was replaced by American Nicole Scherzinger on the judging panel allegedly because of her incomprehensible Geordie accent. UK singers who sing with a distinctive accent are not the norm. Almost all UK singers who found success in the US have switched to a neutral accent. Even The Beatles, the best-selling band in the world of all time, had a neutral accent when singing.

At the same time, it may actually be easier for them to sing with an American accent since it’s what they have been accustomed to for decades. If earlier successful UK artists had no problems talking with a strong accent and singing with a neutral accent in the past, what’s the compelling reason to change the way things have been working?

By now, it’s widely accepted that UK singers tend to sound like two different people when they talk and sing. That’s why some TV shows need to add subtitles when UK singers with strong accents are featured on TV talking. If you are doing a TV project or even an online video production that features people with strong accents and you need accurate subtitling, you can count on Day Translations, Inc. to get the job done. We also provide other language services including interpreting, translation, and content localization.

Contact us by telephone at 1-800-969-6853 for all your language service needs. You can also reach us through email by going to the Contact us page of our website. Additionally, you can use Terpy, our official mobile app (available for iOS and Android devices), to arrange for the service you need and to get an instant price quote. 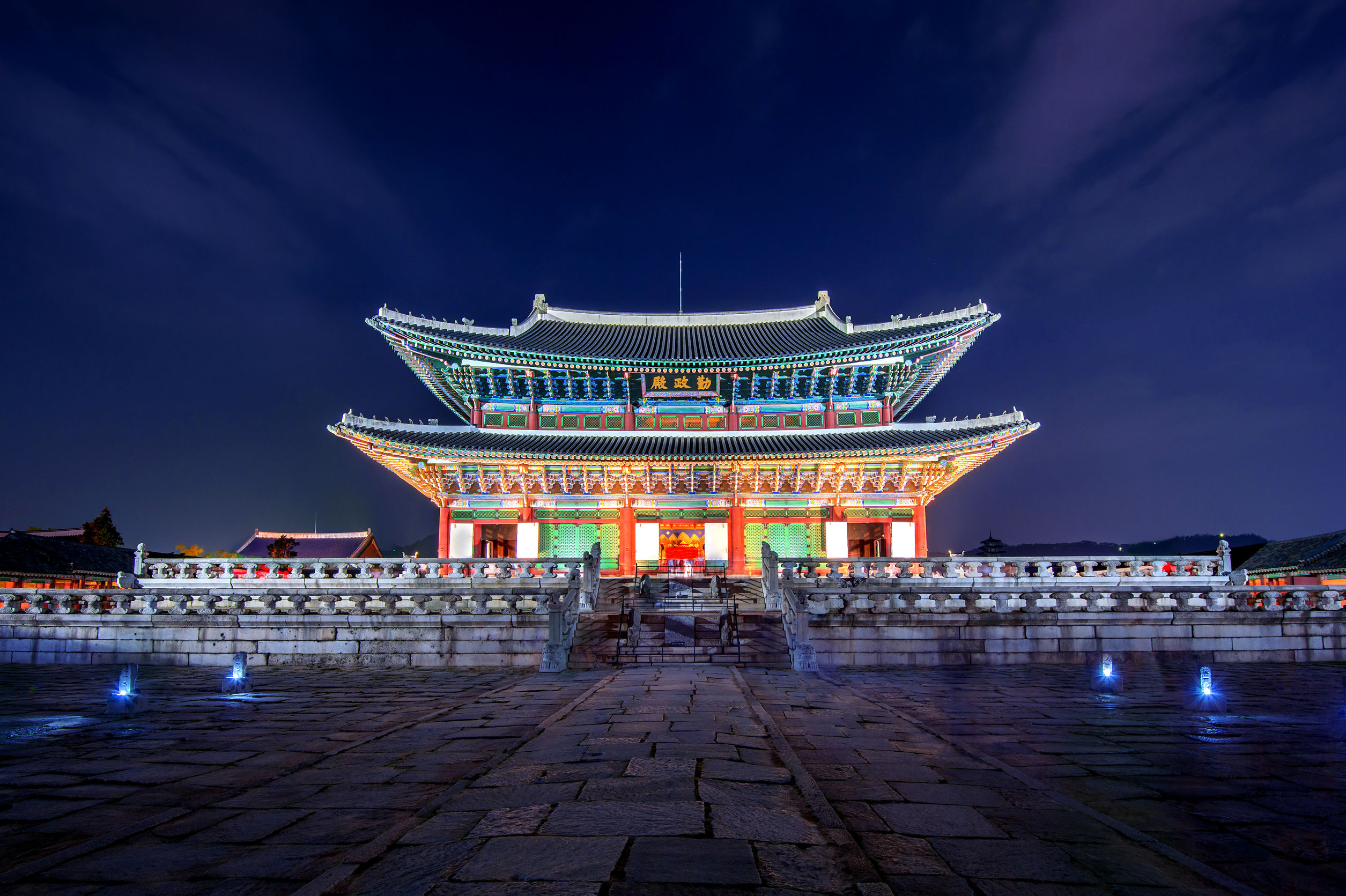 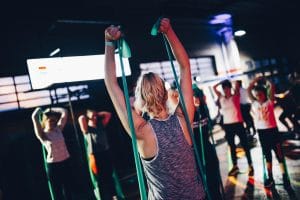 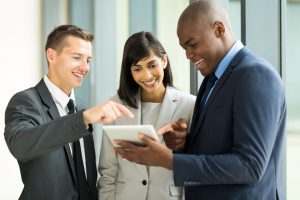