Uinyeo, (의 녀), pronounced un-yo, was the term used during Korea’s Joseon Dynasty (1392 to 1910) to refer to women who were trained to be a medical professional, as a female physician or a nurse. They were created because of the strict Confucian rule that men and women other than those who were married were forbidden from associating with one another. During that period, it was taboo for a male physician to treat a sick woman, thereby causing female patients to perish because they refused treatment. There were several levels for which the women were classified, based on the grade level they achieved while being trained.

Its establishment came from the suggestion of a government official named Heo Do, who headed the health care centers for commoners, the Jesaengwon. He suggested to King Taejong in 1406 that there were several intelligent young women that could be trained as female physicians to help care for female patients. It has to be stated that at that time Joseon had a caste system. Aside from royalty, there were the Yangban, composed of the elites and the nobles; the middle class people called the Chungin (Jungin) where interpreters, merchants and local magistrates belong; the Sangmin or the common people that pay the most taxes, composed of fishermen, farmers, weavers and laborers and the Chonmin, the lowest class of people that consisted of slaves, convicts, shaman and entertainers. Because of this caste system and the strict Confucian rule, it was left to the Chonmin class to provide the girls, usually chosen or recommended by their employers to work in the different departments of the palace, to receive the training.

Training and practice of medicine

It became the task of the Jesaengwon to choose the girls who were to receive the training on moxibustion and acupuncture. It was only during the 16th year of King Sejong the Great’s reign that the payment of the uinyeo was increased to include a stipend of rice biannually. In 1498, during the reign of King Seongjong, the uinyeo system was divided into three classes based on educational grade: the inner uinyeo or “naeuinyeo,” the nursing uinyeo or the “ganbyeong uinyeo” and the beginner uinyeo or the “chohak uinyeo.” As further incentive for more “chonmin” girls to join, it was further divided into two distinct types during the reign of King Yeongjo until the dynasty ended in 1910. The “naegukyeoui” were the female physicians that work at the “naeuiwon” inside the palace and the “hyeminseo yeoui” were the ones that work at the hyeminseo, the numerous health clinics sponsored by the state. Their training was rigorous and their work equally so, ranging from eight to twenty-four hours.

Rise from the ranks

The “chonmin” girls had the chance to raise their status through their work. Some are lucky to heal members of the elite and middle class families. Out of gratitude, they recommend the person, and her family to become commoners, a step up the caste ladder. The uinyeo were allowed to attend social functions in the palace during the reign of King Seongjong. However, the next king, Yeonsangun, exploited the uniyeo’s capability to visit the houses of the elite and the middleclass families and used them as spy, sending them over during weddings to see if the wealthy families are squandering wealth through lavish wedding gifts. For a long time were also told to learn music and perform with the “gisaengs” when entertaining foreign dignitaries.

The uinyeo were given a regular allowance, including the bi-annual rice stipend. They helped many women from all walks of life receive much needed medical treatment through their diagnosis and care. One of the best examples was Jang Geum, who rose from being a kitchen helper to being the first female physician of Joseon. She earned the right to attaching the term “dae” meaning great, to her name.

byBernadine Racoma -
1
8
3k
Lord Ganesha (Ganesh), the elephant God is honored yearly on his day of birth by devotees of Hinduism in India... 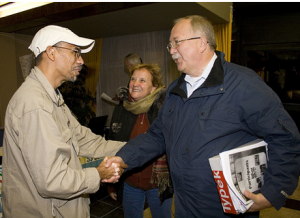 Culture
Body Languages – The way they are interpreted across cultures

byBernadine Racoma -
0
1
3k
There are certain body languages and gestures that we are accustomed to. For instance, when greeting an older person, we... 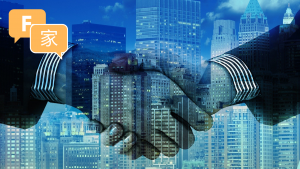 byAaron -
0
0
1k
Estimates suggest that there are over 6900 extant languages spoken in the world today.  While many of these languages are...

Culture
The Magic that is Music: The True Language of the Human Soul

byBernadine Racoma -
0
2
5k
Many beautiful phrases have been created to describe what music really is all about. In truth, no matter how we...
View All Topics